Strong, independent characters in an intricately plotted puzzle make MOVING IS MURDER a solid start to a new series.
~Cozy Up With Kathy

With a compelling plot and engaging characters, I recommend MOVING IS MURDER to cozy mystery readers who enjoy stories where animals can communicate with their humans, settings in the New York/Pennsylvania region of the United States, and more mature amateur sleuths.
~Guatemala Paula Loves To Read

Welcome to the start of a brand new cozy series. Introducing us to all sorts of quirky characters. Add in some new pets, small-town flair, and some surprising twists to get a story you will not want to put down making for quite the fun read. Sure to delight fans of the genre.
~Books A Plenty Book Reviews

Don’t judge this book by its cover. I highly recommend this book to all you paranormal cozy fans out there. Ms. Steele has a beautiful writing style that is truly enjoyable.
~Baroness’ Book Trove

The mystery was engaging. There are many suspects but only one killer. I never guessed who it was until right before it was revealed, and I mean right before…like sentences! This is going to be a fun series in this small northeastern town. I can’t wait to visit again and see what the gang is up to.
~Storeybook Reviews

About Moving is Murder 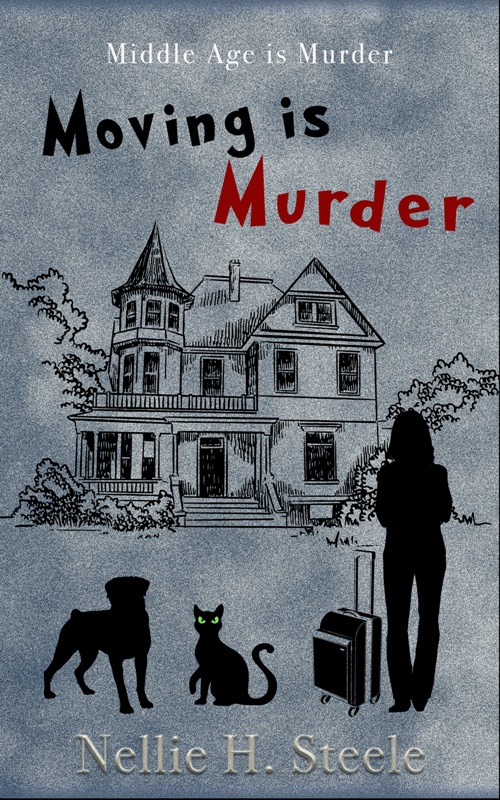 Ellie Byrne’s pending divorce from her cheating husband threatens to leave her broke and homeless. But when she inherits a bed and breakfast in the unique town of Salem Falls, her prayers may be answered.

That is, until she finds out her aunt didn’t just die on the property, she was murdered. And shortly after Ellie arrives, she finds herself the target of threatening messages and hostile attitudes from almost everyone in town. And after someone chucks a rock through her window, she begins to fear for her life.

Can Ellie discover which one of them offed her aunt? Or will the bed and breakfast she’d hoped would provide a fresh start put her in the grave?

The day everything changed

By Lola the dog

Hello, everyone.  My name is Lola and I’m a miniature bulldog–that means I’m half puggle (pug and beagle) and half bulldog.  Susie picked me up at a shelter.  Someone there said I was “unadoptable,” whatever that means.  But Susie said she didn’t care.  She liked my wrinkly face and my wiggly butt.  So, she filled out a bunch of forms and put me in her car and took me to her house.

I stared out the window of the backseat when we pulled up.  Birds flew around in the trees that surrounded the big Victorian house.  I barked at all of them.

“You’re going to have to stop that barking, Lola,” Susie told me, “those birds are here all the time.”

“Not for long,” I said.  “I’ll chase them all away.  Then we won’t have to worry about them anymore.”

She clipped a leash on my collar, though I didn’t need it.  I wanted to get into the house and see what it looked like.  I wondered if there were birds in there for me to bark at.

I wagged my tail while Susie unlocked the door and pushed it open.  “Wow,” I said when I ran in.  “This place is great!”

It had three floors, a big living room, a library, a sunroom, a dining room.  I lost count after those rooms, but there was plenty of space for me to run around.  And I did!  I ran all over the house, sniffing things and scoping out the place while Susie emptied the trunk.  She had a new bowl for me, food, treats, and a big fluffy bed.

I wagged my tail at her and smiled while she set the bed up in her bedroom.  Then she started calling out for someone else.  “Cleo.  Cleo!”

I wondered who Cleo was.  I searched around, expecting another person to come out.  Then I caught a whiff of something.  The smell came from under Susie’s bed.  I hurried over and stuck my nose under it.

Two big green eyes stared back at me from a fluffy face.  I shoved myself further under the bed, sniffing away at her.  “Hi!  You must be Cleo!” I said.

“Get back, you big brute,” she hissed at me.

She waved a black paw at my face, her claws ready to strike.

I didn’t listen.  I wanted to be friends.  So I kept sniffing at her.  She whacked me across the face and scratched my nose.  It hurt!  “Ouch!” I shouted as I backed up from under the bed and whimpered.

“Now, you’ll learn.  Cleo doesn’t like to be disturbed.”

And I did learn.  But even with our tenuous start, Cleo and I became good friends.  And we lived together for years until one day when Susie went out the door.  And she never came back.

I stood at the door waiting for her, but it got darker and darker.  Cleo came out and asked where Susie was.  It was almost time to eat.  I didn’t know.  She wasn’t there.  She left through the door and didn’t come back.

We waited and waited.  But Susie didn’t come.  I barked and yelled.  “Susie! Susie!  Where are you?”  But she didn’t answer.

Eventually, Mac, Susie’s friend and lawyer, came by.  “I have some bad news,” he said. “Susie passed away.  And now you’ll have to live with someone else.”

But who?  Cleo and I wondered about that for a few days.  Cleo said we’d have to go to a shelter and probably be separated.  I didn’t want that.

But then Mac came back and said he found Susie’s niece and she would be coming to take care of us.  I missed Susie but I was happy I didn’t have to find a new home.

Within a few days, Mac brought a pretty lady to the house.  She was very friendly.  She came in and got down on the floor with me.  She smiled broadly and said hello to me.  I wasn’t sure about her.  She didn’t smell like any animals or anything.  But I gave her a sniff and she scratched my chin.  I liked that, so I sat down a little closer to her so she could pet me more.

Ellie told us that we planned to move into the manor house so that meant we could live in the same place.  Cleo and I both were excited about that.  And I liked Ellie.  She seemed nice, although, she wasn’t really a big talked.  Cleo and I tried for days to talk to her but she wouldn’t answer.

Eventually, she fell and hit her head and I worried we lost another owner, but she was okay.  And now, she could finally hear us!  It came in handy, too, because it turns out Susie was murdered!

Ellie was determined to find the killer, but she needed our help.  And that’s how I got started solving crimes with my best pal, Cleo, and my new owner Ellie.

If you’re curious about who killed Susie, check out Moving is Murder! 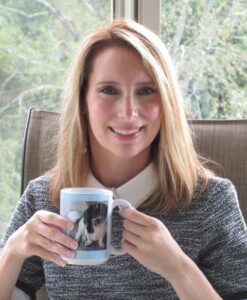 Award-winning author Nellie H. Steele writes in as many genres as she reads.

Addicted to books since she could read, Nellie escaped to fictional worlds like the ones created by Carolyn Keene or Victoria Holt long before she decided to put pen to paper and create her own realities.

When she’s not spinning a cozy mystery tale, building a new realm in a contemporary fantasy, or writing another action-adventure car chase, you can find her shuffling through her Noah’s Ark of rescue animals or enjoying a hot cuppa (that’s tea for most Americans.)

Author Links
Check out all Nellie’s offers at www.anovelideapublishing.com/novels or at her blog, Nellie’s Book Nook, available at www.nelliesbooknook.com! 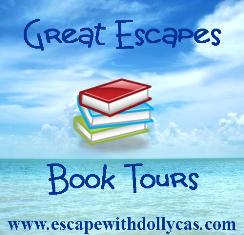 Spotlight & Giveaway: Of Mushrooms and Matrimony by Amy Patricia Meade