Is There a Path to Empowerment? Yes!

Any woman can find the path to empowerment. Marta Spirk provides a five-step roadmap for success in life and business on the Empowered Woman Path. By taking the time to notice, listen, and forgive, those on the path find that empowering themselves really means embracing all that they are and reaching new levels of self-acceptance to become the most authentic versions of themselves. This is the path to happiness and fulfillment, and it is nothing short of transformation!

Are you ready to step on the path to empowerment? 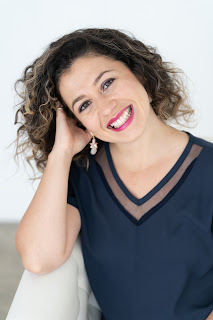 Born and raised in Brazil to an entrepreneur dad and a pastor mom, Marta Spirk demonstrated an interest for the English language and American culture very early on and began teaching English at fourteen.

She went on to get bachelor’s and master’s degrees in English, became a certified court interpreter, and married an American she met at a church conference in Tulsa, Oklahoma.

After the surprise and blessing of triplets in 2016, Marta found a passion for encouraging and empowering women as she learned to encourage and empower herself through the challenges of adult (and triplet) life.

In 2020, her dream of becoming a US Citizen finally came true, and her coaching business grew exponentially. She now serves thousands of entrepreneurs, helping them to stop spinning their wheels by trying random personal development resources and finally learn to boost confidence and grow their business by looking at their most valuable resource: themselves!connect with the author: website ~ facebook ~ twitter ~ instagram~ goodreads

After having triplets six years ago, I have gotten used to people’s shocked reaction when I tell them I have three kids the same age. And while raising triplets is one of the hardest things I have ever done – and continue to do – I can’t say it’s something I chose to do courageously. It wasn’t until I was on the TEDx stage sharing my story that I actually realized amongst tears that the bravest thing I’ve ever done was marrying my American husband and leaving my family in Brazil to pursue our relationship.

No one in my tight-knit Latin family had done this before. I am the youngest and it took a lot of guts to go against my parents’ resistance. I was ready to spread my wings and create my life away from home with the man I fell in love with. Looking back, I see how crazy and risky of a move that was, but had it not happened, I probably would not have built everything I have so far, or had triplets.

We met in a church conference in Tulsa, Oklahoma in the summer of 2005 and dated long distance for about 4 years until he proposed on Valentine’s Day in 2010. We planned the wedding in three months and by May 2010 I was married and settled in Denver, Colorado, where I still live.

Three moves later, from the US to Brazil and back, and triplets later, we have been together for 12 years through many ups and downs. My husband has been my rock, someone who keeps my feet grounded in reality and the importance of family as I go after my big dreams. I made it a point to dedicate my book to him and our children, as well as share our story together as part of the foundation for my empowered journey.