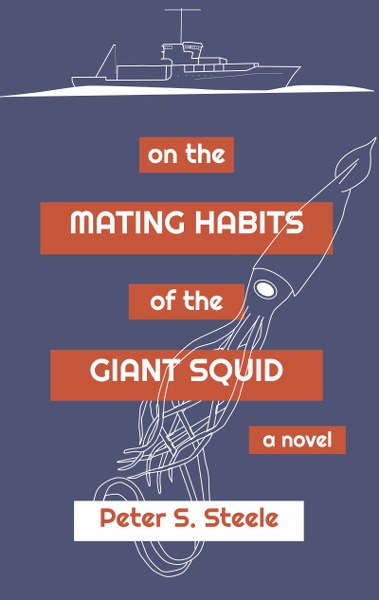 On the Mating Habits of the Giant Squid

Thomas has a boring job, a boring life, and he just got dumped by his girlfriend.

When the opportunity to be the caretaker for a robotic research ship bound for the South Pacific offers, Thomas jumps at the chance to change everything.

Guided by the ship’s always-helpful computer, Archie, Thomas bumbles and stumbles his way from island to island trying to be helpful to the people he meets.

But when they arrive at the mating grounds of the giant squid, Thomas struggles to help Archie collect data and even to escape with his skin intact.

On the Mating Habits of the Giant Squid is a humorous tale of adventure and growing up when you’re already a grownup. 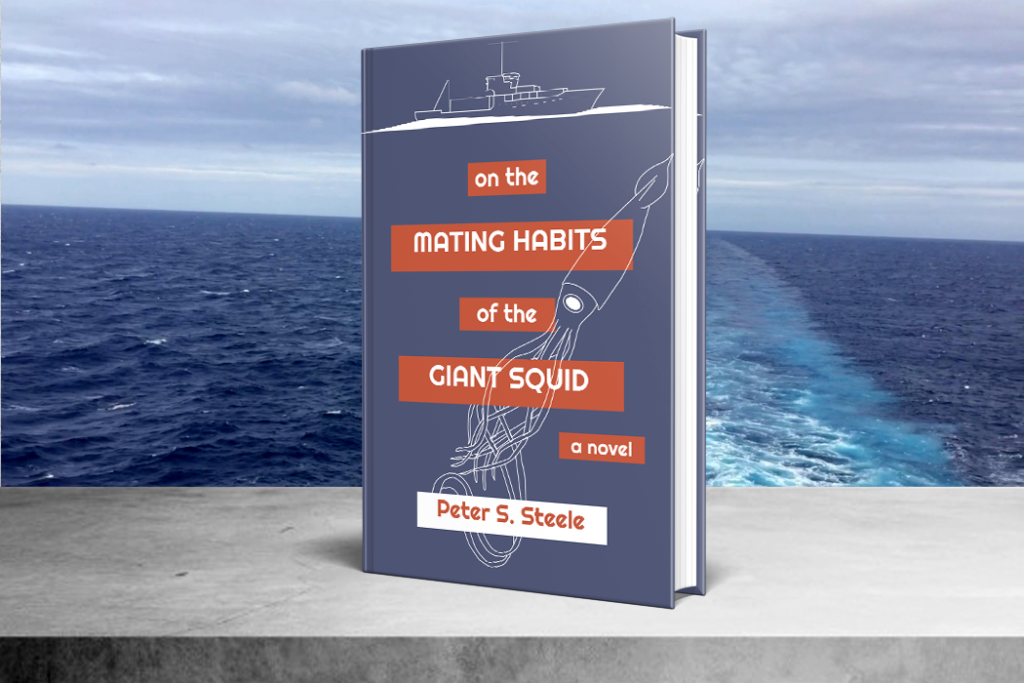 The dinner progressed pleasantly. Thomas was polite, but somewhat distracted, when introduced to Veronica. He thought her attractive, and would have been interested at another time, but he was feeling seriously unsettled inside. His growing dissatisfaction with his life crowded out any room to consider romance.

Thomas was tall, friendly, and handsome in an unmemorable way. His wavy, dirty-blond hair gave him a tousled, boyish look. He was, although he had not read enough to know it, very similar to the amiable, inoffensive male lead of an Austen or Wodehouse novel, although he lacked their greatest recommendation: wealth. Veronica attempted to carry the heavy weight of one-sided conversation for a while, but gave up after Thomas refused to be drawn out of his distracted melancholia.

After the other guests had gone, Thomas remained with Todd and Catherine, washing dishes in the kitchen. They chatted for a few minutes about Todd’s travails with his most recent project and Catherine’s struggles with her grad students. As Thomas dried off the last plate, Catherine turned and slapped him on the arm with her towel.

“Why were you ignoring Veronica? She’s sweet, smart, pretty. She’s just your type.”

Thomas looked a bit sheepish. “She is my type; you’re right. I don’t know. I just can’t focus on that kind of thing right now.”

He rolled his shoulders. “My whole life is just….okay.” Catherine and Todd shared a significant look but waited for him to continue.

“I mean, everything is fine. My job is fine, my apartment is fine. You guys are great. But I feel like there should be something more in my life. Something more important.”

“Are you looking for a new job?” asked Todd.

“I don’t know, maybe. It would be nice to know I was making a difference, but I’m not really qualified to do anything with actual responsibility. Plus, the stress. I’m not sure I could handle being in charge of people’s lives.”

“But, something does need to change. It’s not a relationship, it’s not going back to school. I just don’t know what to do.”

Thomas sighed and put the plate into the cupboard. Todd and Catherine both gave him sympathetic looks and Todd clapped him on the shoulder. Suddenly, Catherine’s face brightened.

“Thomas! I have an idea. It’s stupid, and crazy, and ridiculous, but it just might be what you’re looking for.”

Thomas turned to her, intrigued.

“We have this research ship,” continued Catherine. “It’s called the Hake and we’re sending it to the south Pacific to get some data on giant squid. There was some satellite imagery last year that some experts at NOAA thought might be mating squid.”

“I’m pretty sure squid don’t exist,” interjected Thomas. Thomas claimed to be agnostic as to the existence of giant squid. If pressed, he would admit there was some evidence for their existence, but that they seemed entirely too unlikely to be real.

“Shut up, Thomas. I’m a marine biologist.” Catherine was not amused by his pretensions regarding squid. “We need a crew member to take care of the ship during the voyage.”

“I’m not a sailor, Catherine,” objected Thomas. “I’ve never been further out to sea than Alcatraz. I don’t know the first thing about taking care of a ship.”

“You don’t need to know anything about ships, Thomas. It’s robotic. We really just need someone to reauthorize the AI every day. After all that nonsense about Terminators and gray goo, the government won’t let us send a self-aware ship into the ocean all alone.”

Thomas frowned, “Who else would be on the ship? And how long would I be gone?”

Catherine bit her lip, “Well, you would be the only one on the ship. It doesn’t need more than one person, and we can’t afford to send more than one. And you’d be gone for about a year.”

Thomas raised his eyebrows in surprise. “A year? You can’t be serious.”

“Think about it,” Catherine rushed to convince him, “You want to do something significant, but you don’t know what that is. You don’t want a relationship until you figure things out. This gives you that chance. You get time alone to think; to get to know yourself. And, while you’re doing it, you get paid, your food and housing are taken care of, and you’re making a real contribution to science. Plus, you’d be doing me a favor, because it’s murder trying to find someone willing to do this kind of thing.”

Thomas thought for a moment, then smiled. He decided suddenly to throw caution to the wind and change everything. “Well, if I can help to definitively prove the existence of squid, count me in.”

Catherine frowned, “The existence of squid has already been proven, you idiot. I’ll schedule the psychological evaluations. We need to find out whether the computer will drive you crazy or vice versa.” 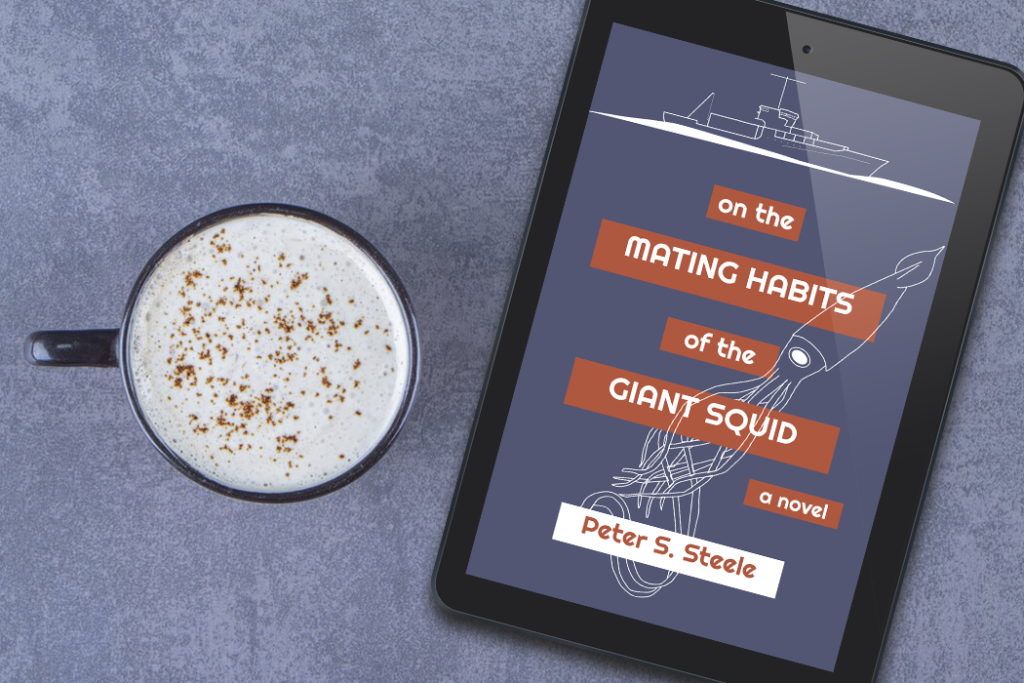 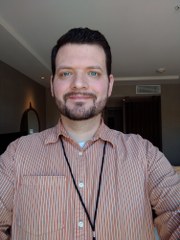 Peter S. Steele is an author, archaeologist, and father. He lives in Pleasant Grove, Utah with his wife, Mary and two sons. Find him on Twitter at @pg2berlin or follow his writing on Utah’s history at www.historicutah.net.

Jan 8
Book Reviews by the Reluctant Retiree
Insane Books
Momma Says: To Read or Not to Read
The Bookshelf Fairy