Praise for THE UNION

“Fans of Justina Ireland and N. K. Jemisin will appreciate the innovative world building from a Black perspective and the well-developed characters used to present serious topics such as racism and privilege.” —Booklist 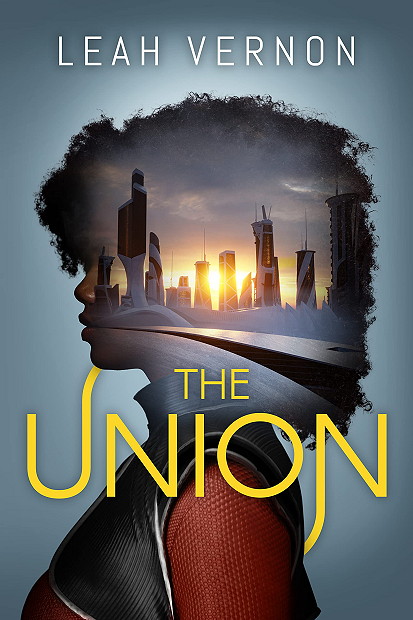 From author and body-positive activist Leah Vernon comes a daring dystopian novel that explores the power of friendship in a future society built on violence and division.

A thousand years in the future, a Black elite class reigns. The lower classes toil in the fields or scrape by in blighted cities, serving their rulers in a cruel, divided world.

Among the Elites is eighteen-year-old Avi Jore, born to a powerful father and destined to rule. But as she comes of age, Avi cannot help but notice the injustices in her world—the treatment of enslaved workers, the oppression of the lower classes. Her disillusionment grows when she meets Saige Wilde, a mixed-race enslaved girl whose only goal is escaping beyond the borders of their brutal nation.

When Saige saves Avi from an assassination attempt, their paths become intertwined in ways they never imagined. As Saige plots her path to freedom, Avi tries to enact change from the inside. But it’s a complicated endeavor, fraught with danger and malice.

Together, their efforts could spark a revolution—and underscore the staggering power of friendship.

Publisher Note: This title was previously self-published as Impure. This edition of The Union includes substantial editorial revisions.


You can purchase The Union at the following Retailers:

When the automated blowing noise started from the fat clear tube hanging over the sink, my toes curled in anticipation. A soft chilled bundle fell into my palms. The morning’s electrolyte-enhanced sustenance for us workers. I drank eagerly; chocolate-flavored liquid flowed down my tongue, my throat, trickled from the corners of my mouth. Before I knew it, the last few drops were gone. The pack flattened.

I resisted the urge to heave it across the room. Knowing yet another strike would form against me once they calculated the missing container. Every little thing was accounted for there.

This same dance occurred every day for Lower Residents, who resided in the overcrowded projects of the Subdivisions. Cube 771 was my personal hellhole within the Union of Civilization. It mirrored every other stale cube: four white walls with low white ceilings. An oval-shaped slumber pod in a corner. And an opening next to the can with six nude government-issued bodysuits. One for each day of required labor.

After giving the pack one more hopeful squeeze to see if just maybe anything else was left inside, I placed the empty debris under the tube. The sensor vacuumed it right from my hand. Where it all went or came from, no one knew. My stomach rumbled. Unsatisfied. I thought I’d be used to it by then. The hunger. Word on the streets was that the government was slowly lessening the rations, bit by bit, starving us before the illness took us all out for good.

I was hungry. Always. And not just for sustenance.

I’d overstayed my welcome. That’s why it was time for me to go. Right over that barrier we’d built. I wouldn’t last much longer as a half-breed slave to the Union anyway.

But until I could figure out a plan to escape, I was forced to work as a custodian at the Academy. A pretentious campus where all the region’s future leaders were prepped to rule unjustly over those who hadn’t been born rich in melanin.

I possessed some but was unlucky enough to be on the lighter end. Ma’s genes were too strong. I wasn’t pink or cream colored like the others, but being half–Upper Resident wasn’t enough for the Union to render me anything other than a class Impure. There were three classes of Lower Residents: Domestic, Chattel, and Impure. All workers. Color determined everything: the paler you were, the worse you got it.

Being an Impure meant to be at the bottom of the food chain. I was constantly reminded of how people like me weren’t accepted in this world every time I stepped outside. I was reminded of how being of two worlds, merely existing, had afforded Ma only death. And for me, suffering.

As I entered the busy streets, programs began to play on holoscreen billboards, on the side of brick buildings, and on uneven pavement. 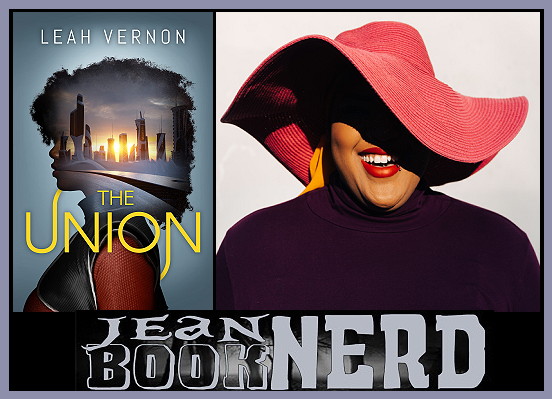 Leah Vernon is an international bombshell with a double masters in business and creative writing. She’s been featured in high-profile campaigns such as Ugg “Feel You” and Fitbit’s “Feel Your Power”.

She’s the first visibly plus-size Hijabi influencer to hit the mainstream with over four million views combined. She’s also an author of The Union and Unashamed: Musings of a Fat, Black Muslim.

Leah V isn’t your regular influencer; She’s a disruptor, a trendsetter, and a changemaker in her perspective fields. She began her blogging journey back in 2013, when she fell deep into disordered eating and noticed that there was no one that looked like her that was considered “worthy” or “beautiful”. And, frankly, she was tired of sucking her stomach in around her skinny friends.

With a grainy android phone and clothes from the clearance racks, she began paving her own way through the fashion industry. She used her fat, Black, and unapologetic Muslim body as a rebellion. Beauty is NOT one size fits all. She moved to New York and began smashing glass ceilings. To date, she has worked with renowned brands like Target, Dove, and Amazon just to name a few.

After years of brands telling her she had no place in the fashion world, that she was not “marketable” enough, Leah V carved her own beauty standards.