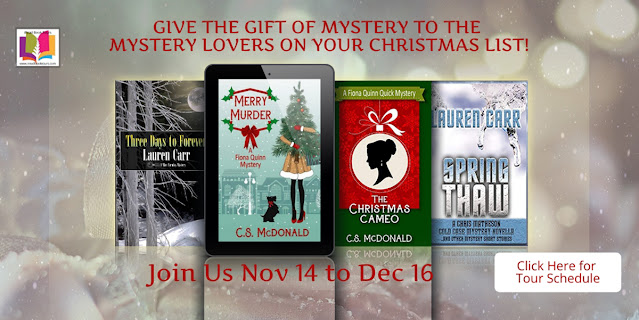 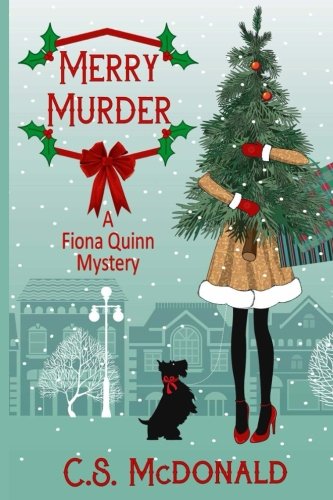 Enjoy an early Christmas gift!MERRY MURDERwill be FREE on Amazon November 21-23
It will be offered at a reduced price of .99 cents
until January 1st
Book Description:The cookies are baked. The tree is trimmed. The shopping? Well, it’s almost done, and Fiona’s parents have finally returned home for a holiday visit – along with some unexpected unruly friends. Yep, Fiona’s perfectly planned Christmas is coming together, but how could’ve she planned for her favorite uncle’s murder? Who could possibly kill a sweet old man who’s played Santa at the local mall every year without fail? Fiona’s boyfriend, Detective Nathan Landry, is determined to find out – before Christmas day arrives. There’s only one problem: Nancy Quinn. Fiona’s mom is just as determined as the detective to catch the murderer, and she isn’t shy about getting the job done – even if it includes breaking a few pesky laws! Will Fiona and her mother find the killer first or will the killer find them?
BUY THE BOOK:
Audible ~ Amazon
B&N ~
Add to Goodreads 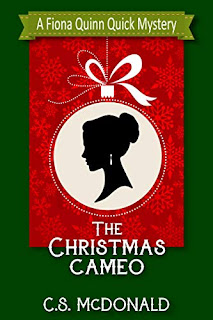 A lovely cameo brooch is discovered in Fiona’s late Uncle Wilbur’s house two days before Christmas. The pin bears a romantic Christmas message from Wilbur for his new wife with the initials, D.A.S.

How very strange! To the family’s knowledge, Uncle Wilbur had never been married. So, who is this mysterious woman? Now, Fiona is on a holiday mission to locate D.A.S. and deliver the belated gift.

Question is, what happened to the marriage? Is D.A.S. still alive after all these years? And if so, can Fiona find her before Christmas? 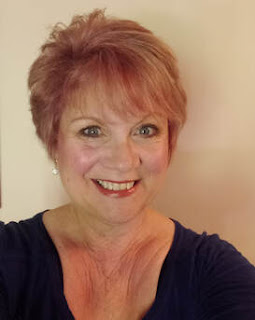 For twenty-six years C.S. McDonald’s life whirled around a song and a dance. Classically trained at Pittsburgh Ballet Theater School, The Pittsburgh Dance Alloy, and many others, she became a professional dancer and choreographer. During that time, she choreographed many musicals and an opera for the Pittsburgh Savoyards. In 2011 she retired from her dance career to write. Under her real name, Cindy McDonald, she writes murder-suspense and romantic suspense novels. In 2014 she added the pen name, C.S. McDonald, to write children’s books for her grandchildren. In 2016 she added the Fiona Quinn Mysteries to that expansion. She decided to write the cozy mystery series that everyone, including teens and tweens, can read and enjoy. Presently, the Fiona Quinn Mysteries includes nine books with a tenth slated for 2021. The books are also available on audio, narrated by Maren Swenson Waxenberg.

Ms. McDonald resides on her Thoroughbred farm known as Fly by Night Stables near Pittsburgh, Pennsylvania, with her husband, Bill, and her poorly behaved Cocker Spaniel, Allister. 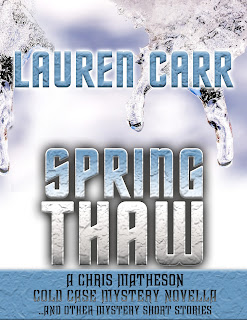 It is Christmas day and Gnarly has been up to his old tricks again. Now he’s in the dog house–or rather the boathouse–after stealing the Christmas feast! Moments after Archie and Mac leave Spencer Manor, Gnarly hears a call for help from Rocky, the Maltese down the street. Four assassins for hire have invaded the home of Rocky’s elderly owners. While the home invaders wait for instructions from a mysterious caller, Gnarly must plot to stop them. Can Gnarly save Christmas with only the help of an 8-pound Maltese dressed in an elf suit? (Previously published as a single short story by the same name.)

This anthology also includes other treats for the mystery lovers on your Christmas list.

In today’s hectic world, many whodunit fans don’t have time to get their mystery fix diving into a whole novel. Lauren Carr’s Spring Thaw and Other Mystery Short Stories is for these fans—but that doesn’t mean whodunit fans who do have time can’t dive in as well.

Featuring Mac Faraday from Lauren Carr’s popular Mac Faraday Mysteries, an estate auction turns into a deadly affair after Gnarly’s antics cause Mac to purchase a gem of a dress, which isn’t his color in Killing Bid. (Previously published in Lauren Carr’s Beauty to Die For.)

Beauty to Die For features the Lovers in Crime, Joshua Thornton and Cameron Gates in a race against the Angel of Death to clear the name of a dying woman’s son, who was framed for murdering Miss Pennsylvania. (Previously published in Lauren Carr’s Beauty to Die For.)

Countdown to Murder returns to the Lovers in Crime where Cameron and Joshua try to solve the murder of a young pregnant widow before it happens. (Previously published in Lauren Carr’s Beauty to Die For.)

Mystery fans will see that every dog has his day, especially if that dog is Gnarly. In Lucky Dog, Gnarly helps Mac Faraday to solve the murder of a wealthy society girl. (Previously published in Lauren Carr’s Beauty to Die For.)

Dog Loving Mystery Fans will get a special treat when they read The Gnarly Rehabilitation Program. In this Gnarly Mystery Short, Bert and Ernie learn the hard way that crime does not pay when they dog nap Gnarly. (Previously published in Lauren Carr’s Beauty to Die For.) 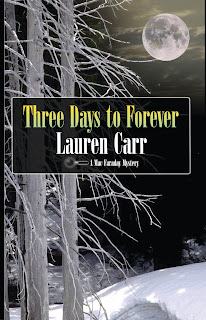 In this critically acclaimed Mac Faraday Mystery from best-selling mystery author Lauren Carr, readers will embark on a rollercoaster adventure with old friends (including the Lovers in Crime team of Prosecutor Joshua Thornton and Homicide Detective Cameron Gates), but also meet new ones as Mac Faraday’s daughter Jessica Faraday and Joshua Thornton’s son Murphy Thornton join the team in the race to get the love birds to the altar!

Days after Christmas, three years before the start of a new year, Deep Creek Lake is hopping with holiday vacationers and wedding guests pouring into the Spencer Inn for Mac Faraday and Archie Monday’s huge wedding ceremony which is being touted as the social event of the year.

But droopy flowers and guests who failed to RSVP are the least of Mac’s and Archie’s problems when a professional hit squad hits Spencer Manor to send the groom, Joshua Thornton, Archie’s mother, and Gnarly running for their lives.

With time running out to the big day, Mac Faraday and Spencer’s small police force have to sort through the clues to figure out not only who has been targeted for assassination, but also who is determined to stop everything … FOREVER! 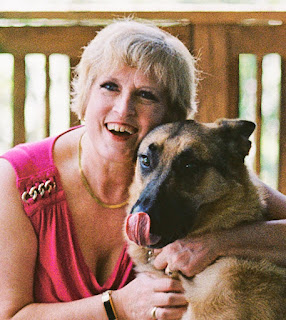 Meet the Author:Selling over half a million books worldwide, Lauren Carr is the international best-selling author of the Mac Faraday, Lovers in Crime, Thorny Rose, Chris Matheson Cold Case Mysteries, and Nikki Bryant Cozy Mysteries—thirty titles across five fast-paced mystery series filled with twists and turns!Book reviewers and readers alike rave about how Lauren Carr seamlessly crosses genres to include mystery, suspense, crime fiction, police procedurals, romance, and humor. The owner of Acorn Book Services and iRead Book Tours, Lauren is also a publishing manager, consultant, and virtual book tour coordinator for independent authors.  Lauren is a popular speaker who has made appearances at schools, youth groups, and on author panels at conventions. She lives with her husband, and two spoiled rotten German shepherds on a mountain in Harpers Ferry, WV. connect with the author: website ~ blog ~ facebook ~ instagram ~ twitter ~ pinterest