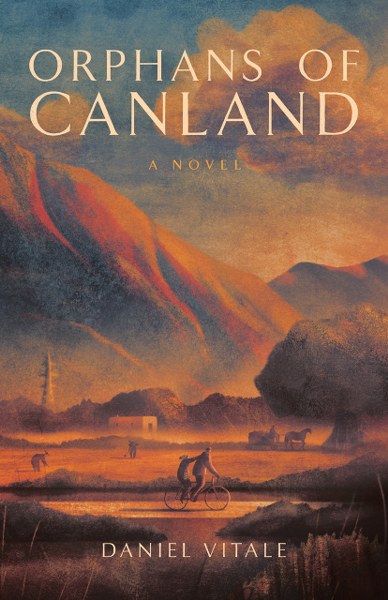 A complicated, rich, and challenging work … An impressive debut that goes beneath surface issues of climate-apocalypse fiction. – Kirkus

It’s 2088, and the dust has settled on America, decades after an environmental collapse. The eco-totalitarian organization, WORLD, has reconfigured society with the intention of restoring nature. Twelve-year-old eternal optimist Tristan Weekes lives in what he believes must be paradise: Canland, an agrarian California desert-greening project. However, Tristan’s life-defining medical condition, analgesia, prevents him from feeling physical pain, leaving his brain’s stress centers unresponsive to everything from ego-blows to heatwaves.

Well-intended, curious, and wielding a stunning vocabulary, Tristan loves to listen to the subversive theories spouted by his older brother, Dylan, a drug-addicted satellite hacker. He also wants to prove his independence to his mother, Helena, a powerful population control-extremist. Meanwhile, all around him, the survivors of the environmental collapse are just working toward a better tomorrow. But when a slew of violent acts befalls Canland, Tristan must confront certain truths about the community he loves—including his family’s secrets, his own involvement in the horrors enacted by WORLD, and the debts that are owed to the orphans of Canland.

In this work of literary fiction, set against the backdrop of a frighteningly plausible dystopia, Daniel Vitale explores the fate of our planet, the nature of family, and the duty of science, as Orphans of Canland asks: What does it mean to belong on Earth? 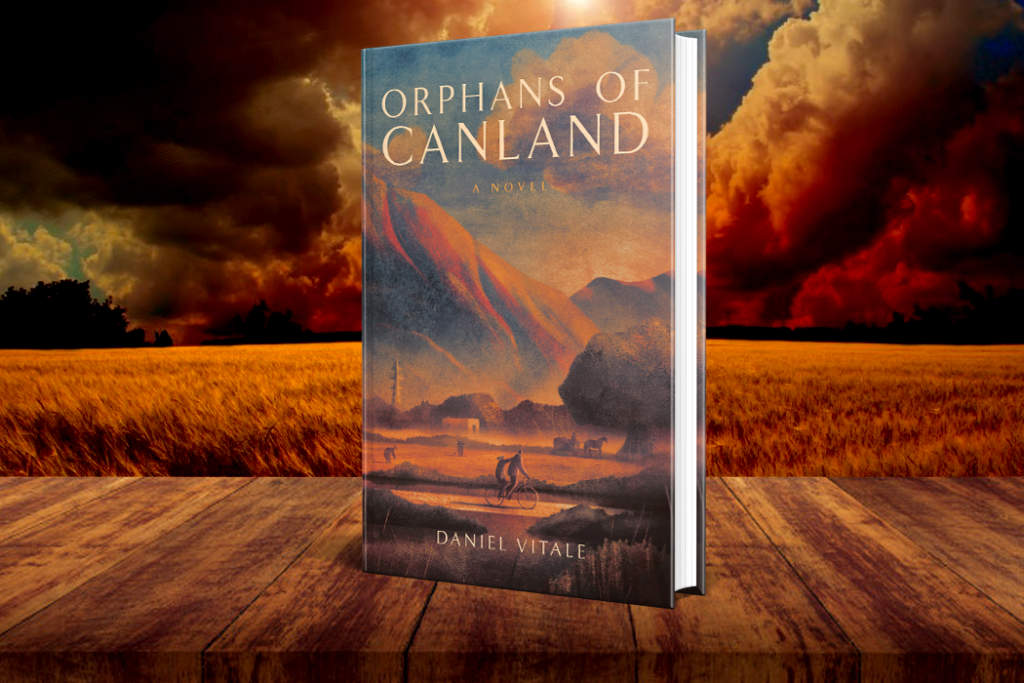 On the blanket we’ve laid out, we eat tomato sandwiches as we listen to three nearby musicians, on guitar, violin, and wood flute, play a major tune that lifts and lilts with strange cadences, like the spider in my mind, gluing up the rungs of its web with the pluck of a leg. Helena and I don’t speak as we watch and listen to them play. I focus on my chewing, trying not to think of any specific person’s face as this rare accompaniment delights a small audience with song. When it’s time to go, she says, “Ready, Tristan?” We fold the blanket up together and I mount the back seat of her bicycle, which is painted red and chipped a little here and there, with tires twice as wide as Dylan’s. She pedals half as fast as him and never swerves or rides the fringe or catches air. We pass the hillock, but I don’t look.

“Did you notice the costumes?” Helena says.

Helena yelps with laughter, and she keeps on laughing, and that makes me happy. We ride west, under vine tents, through the black stone heat-absorption fields, past the succulent fields with millions of glowing cactus needles . . . past the Crafts Contribution Compound, where Helena contributes, with its smithy and kilns and the woodshop and the lens cutter, the roofed lean-tos in which the gear contributors sit while they stitch and thread and reinforce . . . take the straight wide road past the wildflowers and juniper, the migrating clouds of bees, the young saplings that will one day be a forest, home to chipmunks and foxes and birds and more trees . . . beside the riparian sagebrush lining the shallow arroyo that feeds a trickle of water to all of Canland . . . and finally arrive at the three largest buildings in the whole Part, each one austere, constructed or renovated with recycled materials, and aesthetically unique. One, small and plain, is devoted to housing and recreation; another, larger and seeming as if pulled together by a magnetic force that attracted all the nearest metals, is devoted to offices, classrooms, and supply storage; the third, devoted to energy manufacturing, scientific research, and greenhouses, is the largest and newest-looking, though it is actually the longest-standing—a refurbished warehouse that used to store goods for one of the largest capitalist organizations on Earth, before the Evanescence. 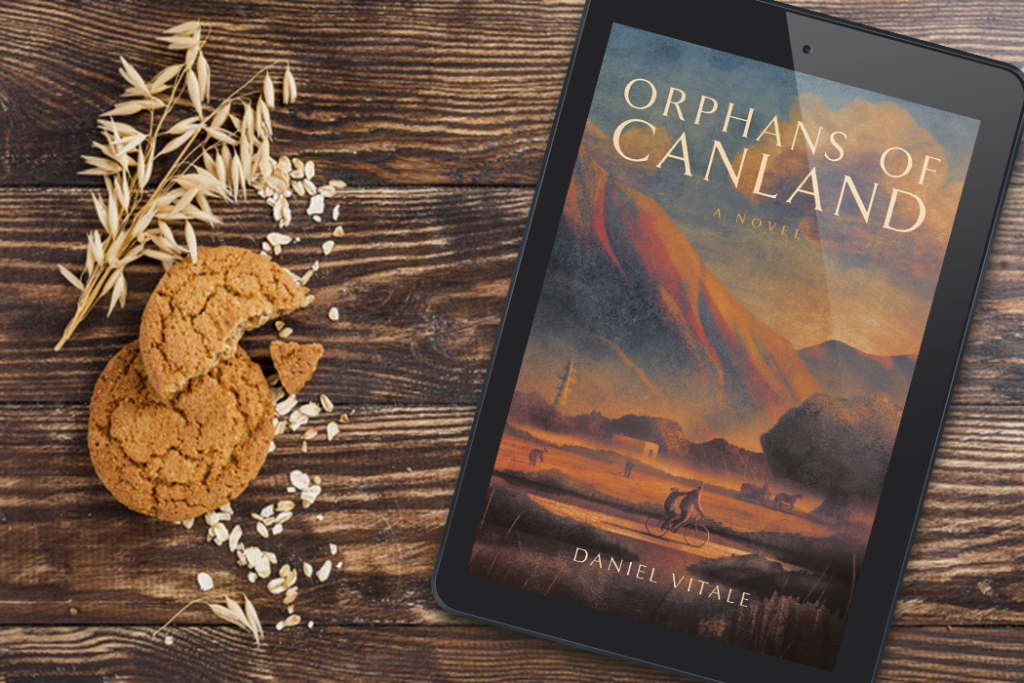 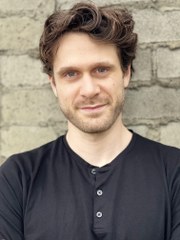 DANIEL VITALE is a Jewish-American writer and a graduate of Amherst College. Originally from New York, he now lives in Los Angeles, where he spent his first year working in TV before writing fiction; he has also written screenplays, poetry, and songs. Former goalie of his college hockey team, Daniel now owns a hockey goalie coaching business and works with players of all ages and skill levels. His experience coaching children with autism has been particularly influential in the writing of his first novel Orphans of Canland, as has his interest in the relationship between climate change and the development of the American west. He is currently working on his second novel.

Question: Your book deals with the ramifcations of a climate crisis – what do you hope readers take away from this story in relation to climate change?

Vitale: I want readers to understand that the issues the characters face in the book are issues we are already facing today—and have been facing for some time. The climate crisis is urgent, and impacts so many aspects of daily life from resource availability to homelessness and health care, to technological progress and even simple family dynamics. I want readers to ask themselves what they are OK with ignoring in return for safety. I want them to remember what my protagonist Tristan went through, what agency he had, whether he asked the right questions, and how no one can really know if he made the right decisions.

Question: What experiences from your own life did you draw on to write this story?

Vitale: when I was a child I had a bunch of medical issues and spent a lot of time in hospitals, like Tristan. Also, Tristan’s parents are separated, or at least don’t live together, and my parents divorced when I was about his age. And I work with children, coaching youth hockey, and my favorite part of that job is asking kids what they best like doing outside of hockey. They’re so funny and strange and smart in ways they don’t get enough credit for. A few of the goalies I coach also have autism—I mean, talk about being smart in ways that neurotypical people don’t understand! I’ve known few pleasures in life quite like problem-solving with those kids. All that work with children, and neurodivergent children, absolutely influenced Tristan’s voice.

Question: Why did you choose California as the setting and namesake of your story?

Vitale: Arguably, A lot has been written about how California is sort of a cultural harbinger for the rest of the US. I just think, if you drive through California, and see how varied its landscape is, and then acknowledge the scope of industry here (40 percent of food in the US is grown here, Silicon Valley, Hollywood, manufacturing and shipping, etc.), and you mix all of that with how disaster-prone the state is, between drought, wildfires, earthquakes, homelessness—well, every day here sort of feels like a utopia on the precipice of become a dystopia! It just felt like the perfect setting for Canland, where things are always seeming to get both better and worse at the same time.

DANIEL VITALE is a Jewish-American writer and a graduate of Amherst College. Originally from New York, he now lives in Los Angeles, where he spent his first year working in TV before writing fiction; he has also written screenplays, poetry, and songs. Former goalie of his college hockey team, Daniel now owns a hockey goalie coaching business and works with players of all ages and skill levels. His experience coaching children with autism has been particularly influential in the writing of his first novel Orphans of Canland, as has his interest in the relationship between climate change and the development of the American west. He is currently working on his second novel.

Orphans of Canland will be available for pre-order from Bookshop.org, Amazon, and wherever books are sold.

Nov 23
4covert2overt ☼ A Place In The Spotlight ☼

Dec 8
Inside the Insanity