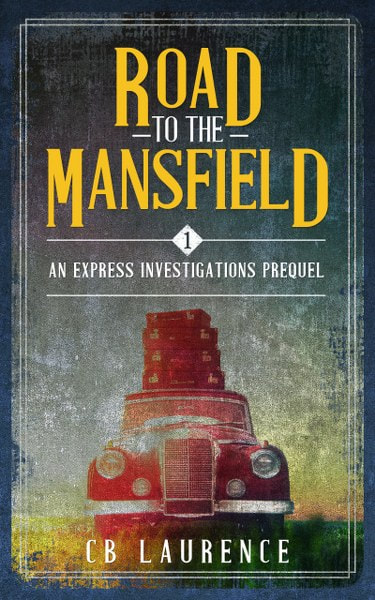 Road to the Mansfield

Louisiana, 1927. A brutal fate sweeps seventeen-year-old Francie Roubideaux from the Louisiana bayou to the iron rule of Miss Claire in New Orleans. She survives using her daddy’s wits and mama’s grace, but fickle fortune isn’t done with her yet….

Illinois, 1937. Rose Donovan’s dreary small-town life takes a turn when a New York City music man whisks her away to Hollywood. But soon she’s torn between addictive passion and another man’s arms…and more than Rose’s heart is on the line.

Georgia, 1936. A rising star on the Atlanta legal circuit, Beau Hartwell is the envy of every lawyer in the city…until his past desperately comes to call. Can big-city Beau handle backwoods justice, or will the case break more than his career?

In one fateful night, their worlds collide in ways no one saw coming… 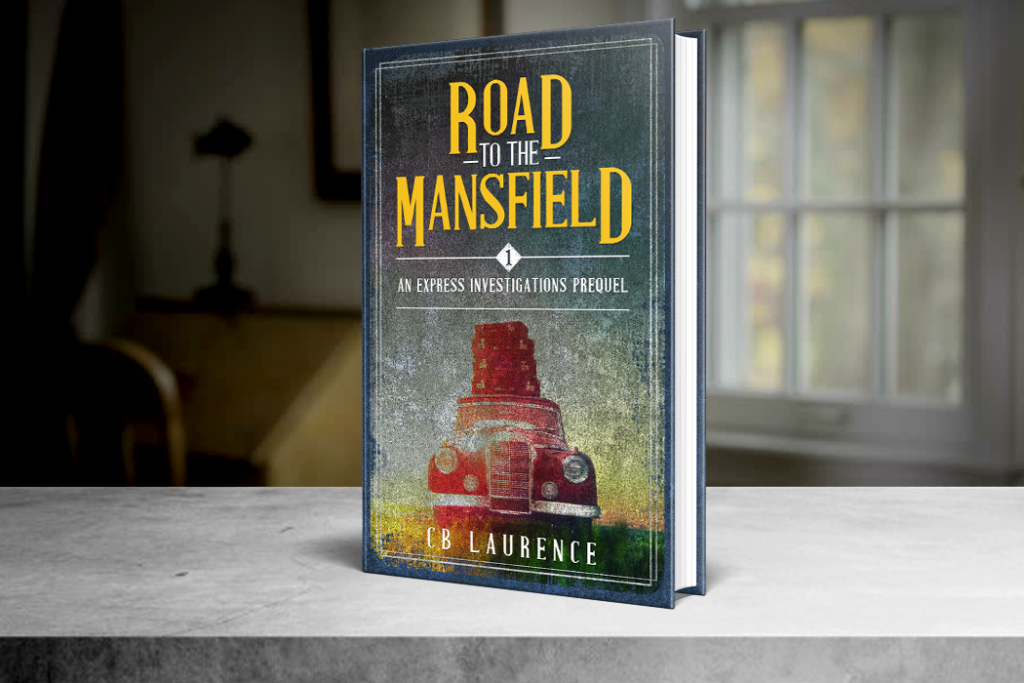 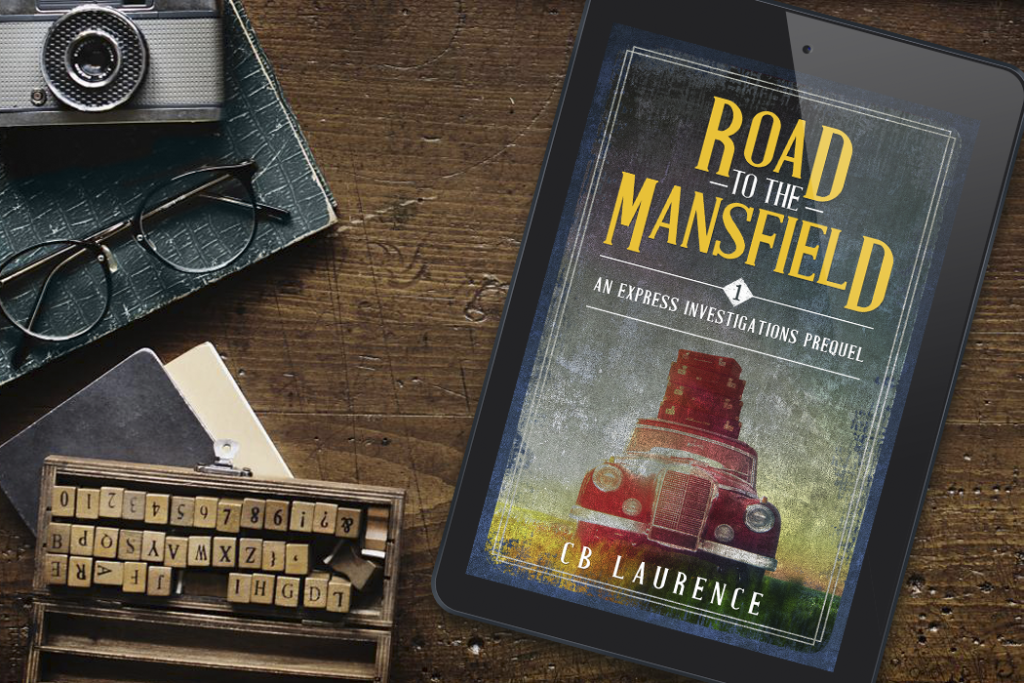 On the third night of the last full moon of summer, Françoise Rae Roubideaux stood poised to kill. Knee-deep in the warm freshwater of the bayou, her four-pronged gig raised over her shoulder, she aimed at a pair of red eyes the size of her baby brother’s belly button.

Thwack!  The barbed blades sliced through the back of the fat bullfrog and straight to the other side. Dat one’s for Mama. She prodded and peeled her catch from the spikes then dropped it in a feed sack with the others before yanking the drawstring tight. One more and she’d have enough to buy Mama the coughing herbs from Madame Bérengère and have a little money left over for the general store.

Madame Bérengère loved frog legs almost as much as Daddy had. Every time Francie brought big, fat legs to trade, she’d say, “Francie, I declare! You da best frogger in all of Alouette Parish!”

It was true, too. Daddy taught her how to catch frogs with her bare hands at only four years old. “You smarter den dat ol’ frog,” he’d say. She’d cried the first time she saw Daddy smash one’s head with a hammer then cut and clean the legs. “Dere born to die, cher.” By the time she turned six, she caught frogs all summer long—even during the daytime.

Quiet as a dragonfly on the breeze, she crept along the bank in the shallow waters and thought about the good times with Daddy.

When Mama didn’t need her to help around the house, or to clean and cook the fish Francie had caught for supper, she’d be with him. They’d check his traps for raccoon and mink to skin and sell. They’d catch crawfish, shrimp, and crappie. Then they’d set up shop down at the pier. “Drive a hard bargain, cher. Don’ get soft or dey’ll take you for all you worth.”

The moon rose higher and higher in the sky and the sack weighed heavier on her shoulder. Thick bayou mud sucked at Francie’s shoes. One more chunky frog and she could go home. You gotta be out dere. You gotta be somewhere.

She held her kerosene lamp up high and scanned the reeds for red eyes. There! The biggest bullfrog yet set Francie’s heart to racing. Madame Bérengère would pay extra for this meaty fella. She stuck her gig in the mud. Only a hand catch would do—she wanted to keep it alive and fresh for as long as possible.

Careful not to break the beam of light currently freezing her prey, she silently edged closer. Quick as a cat, she shot her hand out to snatch the frog.

But another red-eyed beast had the same idea.

A cottonmouth snake struck out a half-second too late and missed the frog—and Francie’s hand—by less than an inch.

“Cho Laud!” Francie stumbled backward, holding her lantern in one hand, the prized frog in the other. She shoved the frog down her shirt, grabbed the gig, and backed her way up the bank, keeping her light high. The slimy, muddy body hopping and struggling against her naked belly did nothing for her nerves.

“Mais, dat was too close,” she said to her catch as she dropped him into the bag with the others. She untied her canoe from a big cypress tree and paddled toward home, taking great care to look out for more snakes—or heaven forbid, a gator—along the way.

Francie always thought about Daddy on nights like this—every night, truth be told—and how he’d have loved her story about the snake. His eyes would have twinkled, he would have swirled her around in a dance. “Aiyee! Dat’s my girl, Francie!”

A few months before Francie’s tenth birthday, Daddy went to jail. Mama said Daddy whupped some society gentleman something fierce when he refused to pay what he owed, so they threw him in jail up in Angola. She and Mama struggled to get by for two years—Francie hunted and traded, Mama sewed beautiful dresses for the fine ladies of New Orleans—until finally Daddy came home. Francie had been so happy to see him. She thought for sure he’d make their lives whole again, but when he returned, he didn’t laugh, or sing, or dance anymore. The twinkle had gone out. He drank moonshine noon to night. “Not today, cher,” he’d say when she asked him to go trapping or sing with her.

Mama and Daddy fought like two dogs over a ham bone until one day he left and didn’t come back. Francie waited for weeks—months—for him to come home. It had been over three years, and she still caught herself watching for him to walk up the drive.

She blamed Mama for chasing him off. Mama said, “Men can’t be trusted to do right by their women, Francie. Best you learn that now.” 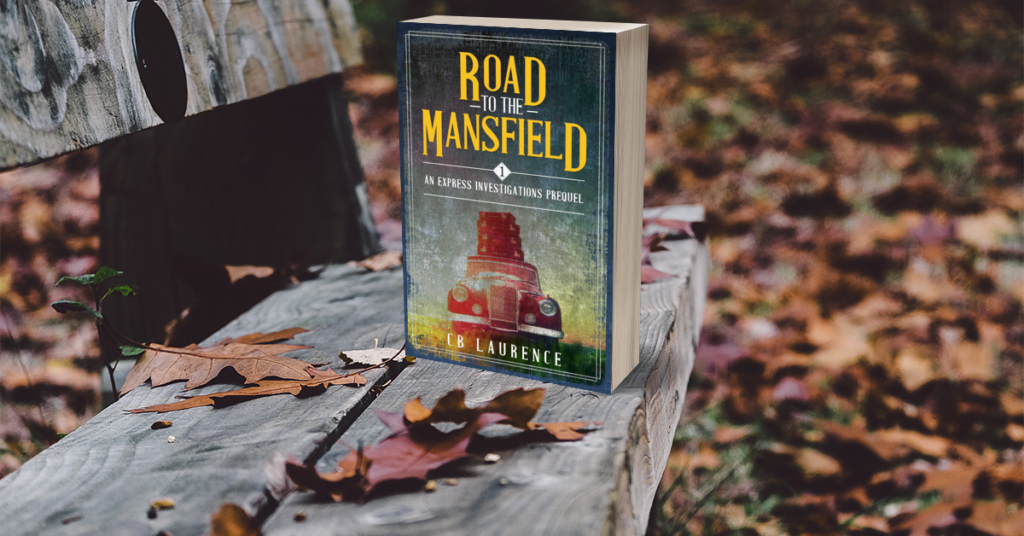 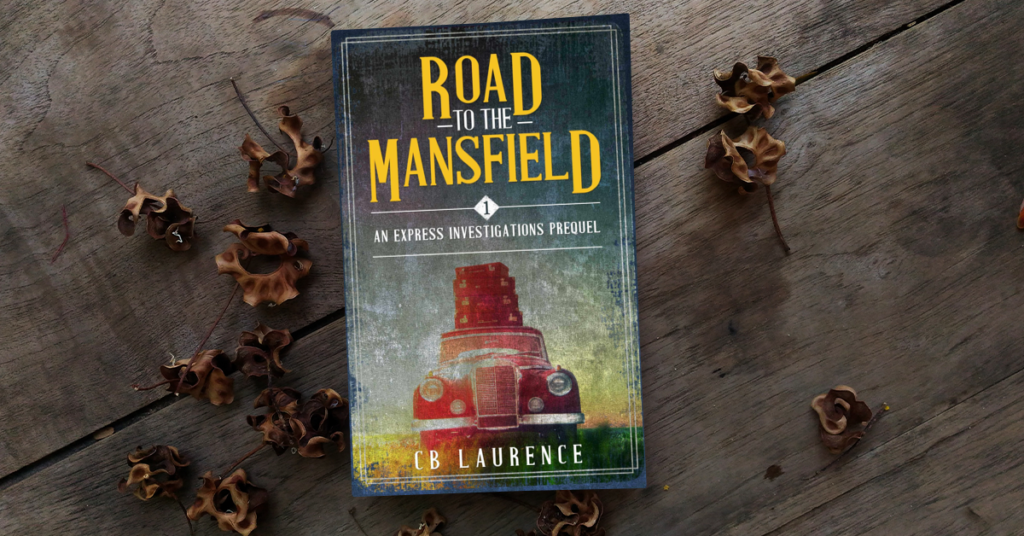 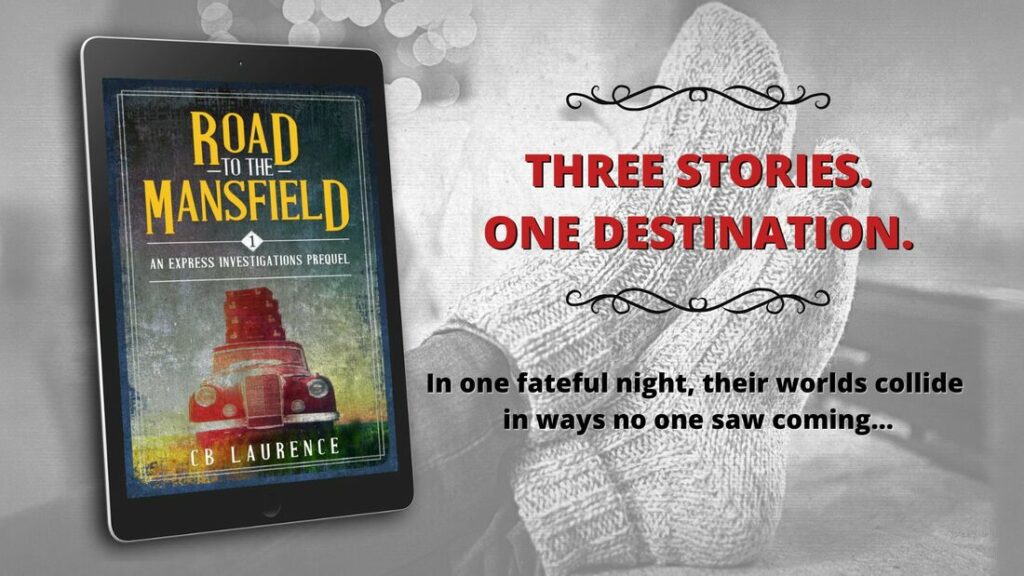 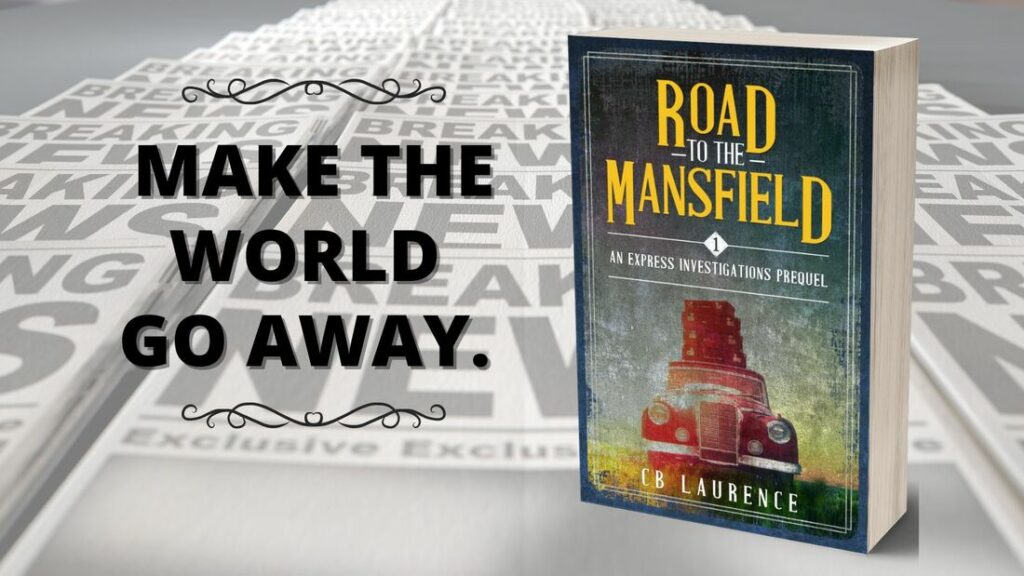 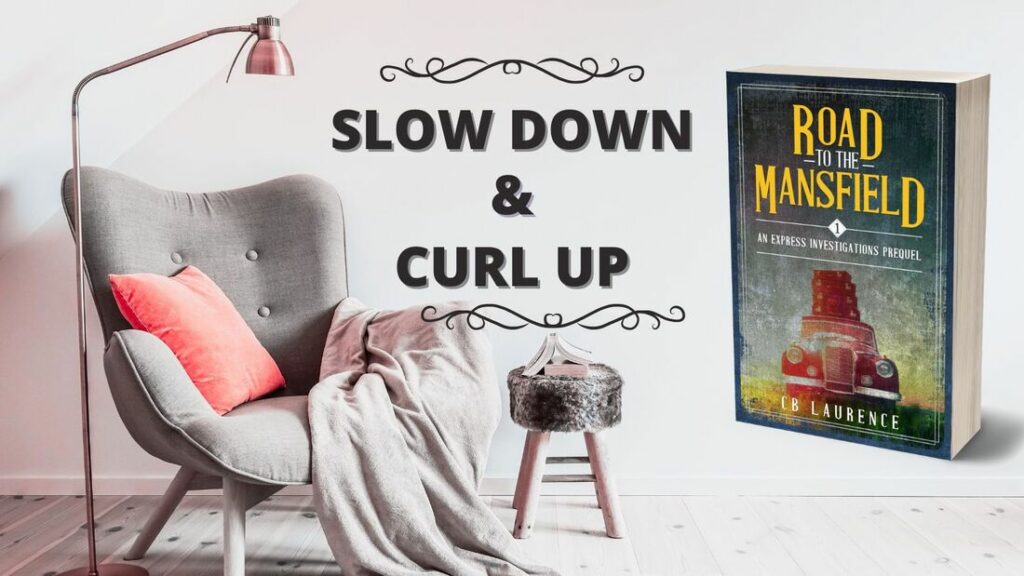 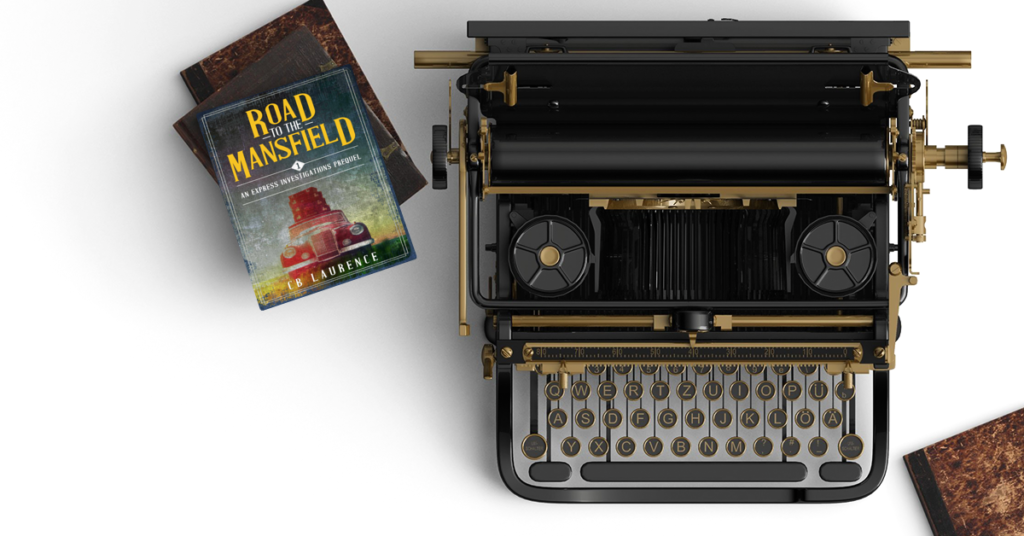 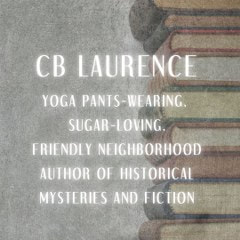 CB had been threatening to write the Mansfield stories for twelve years after being inspired by the Reba McEntire video for ‘Because of You.’ In 2020, she finally birthed the books. (Thank you, COVID) The Mansfield books launched The Express Investigations Series.

After bouncing around the country, CB settled in Phoenix for twenty years, but now connects to wi-fi in Texas. She lives with her seven-pound Yorkie, Benji, who rules her life with an iron paw.

Nov 17
What Is That Book About
Sylv.net

Nov 20
A Wonderful World of Words

Nov 22
4covert2overt ☼ A Place In The Spotlight ☼

Dec 7
Books all things paranormal and romance
The Bookshelf Fairy

Dec 9
Midnight Book Reader
Momma Says: To Read or Not to Read