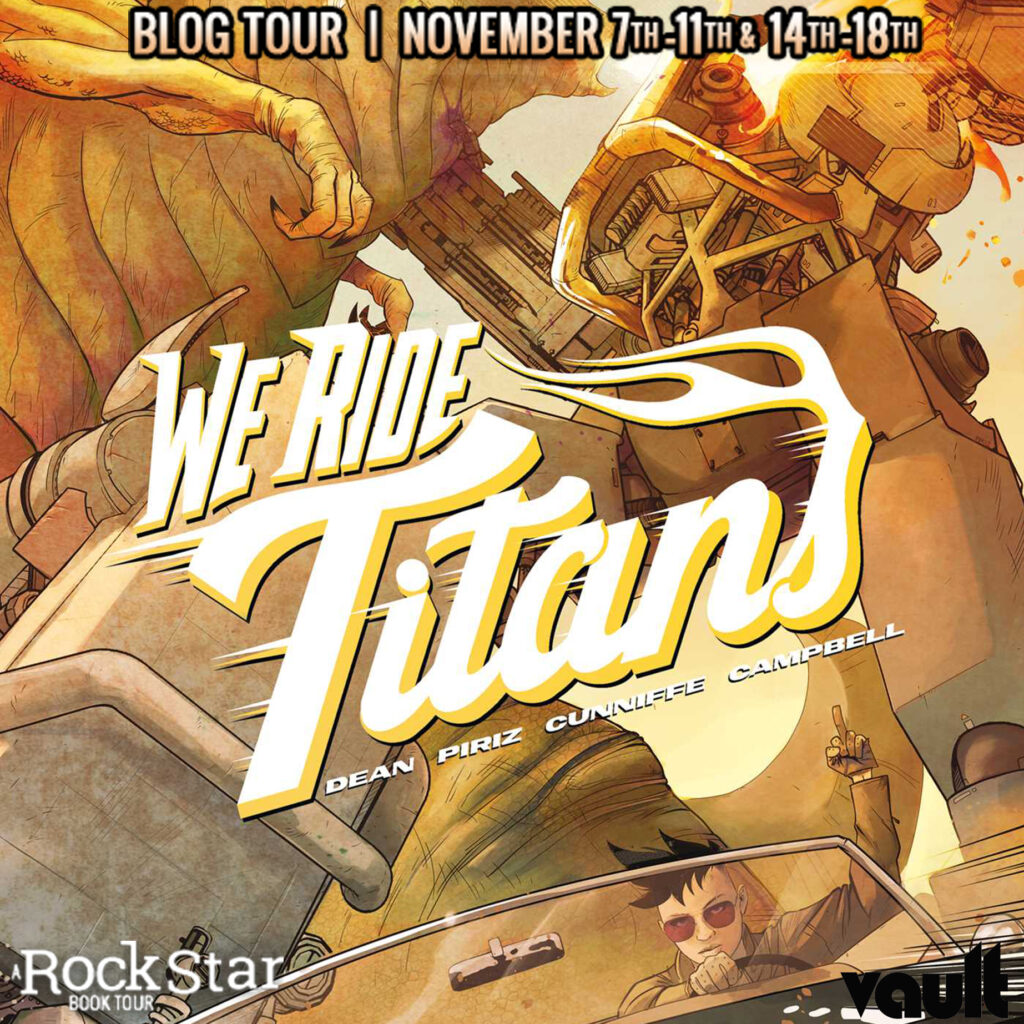 I am thrilled to be hosting a spot on the WE RIDE TITANS by Tres Dean & Sebastián Píriz Blog Tour hosted by Rockstar Book Tours. Check out my post and make sure to enter the giveaway! 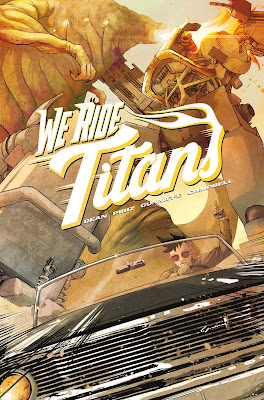 Pacific Rim meets Shameless in this sci-fi kaiju action adventure, female-helmed thrill ride where one woman must keep the monsters in check – as well as her explosive family!

It’s Mechs vs. Kaiju in this hard-hitting, action sci-fi adventure!

Just when you break free … you get pulled back in.

Trying to keep your family from imploding is a tall order. Titan-rider Kit Hobbs is about to find out it’s an even taller order when that family has been piloting the Titan that protects New Hyperion from the monstrous kaiju for generations. With an addicted, spiraling brother, a powder keg of a father, and a whole bunch of twenty-story monsters, she’s got her work cut out for her.

“We Ride Titans … delivers something new from a genre that was getting a little played out.  – Graphic Policy 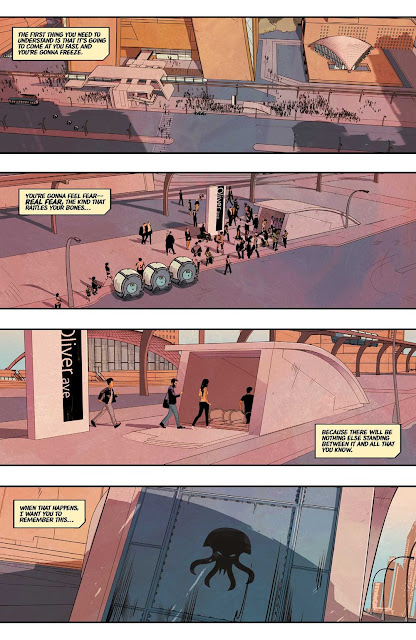 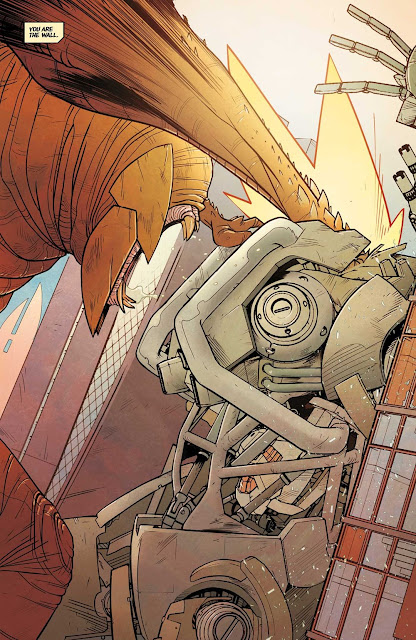 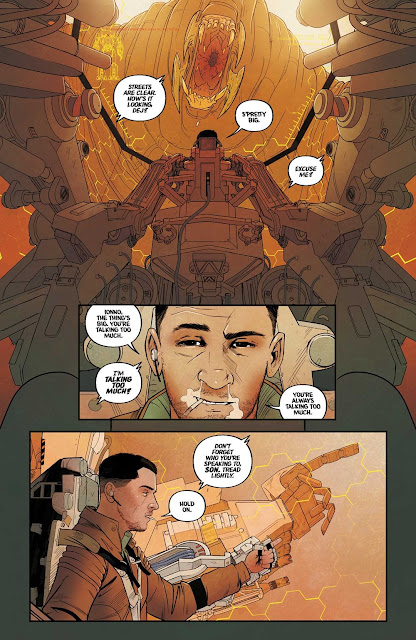 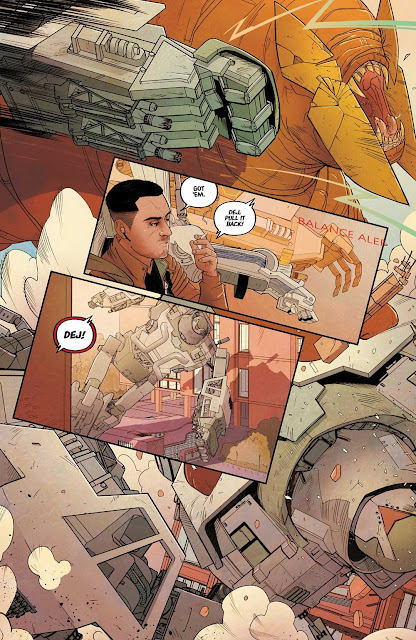 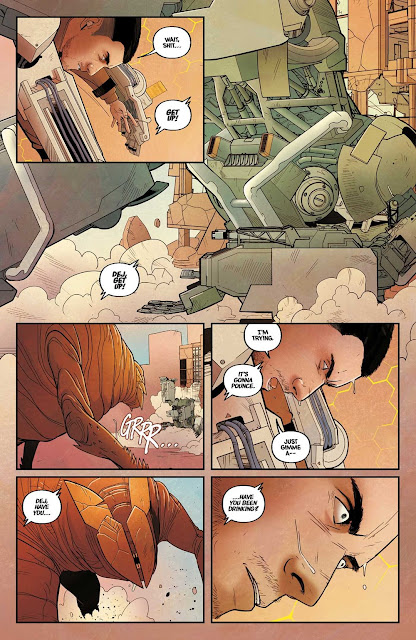 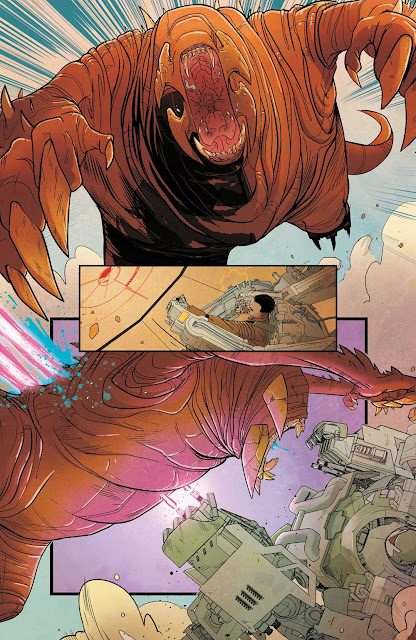 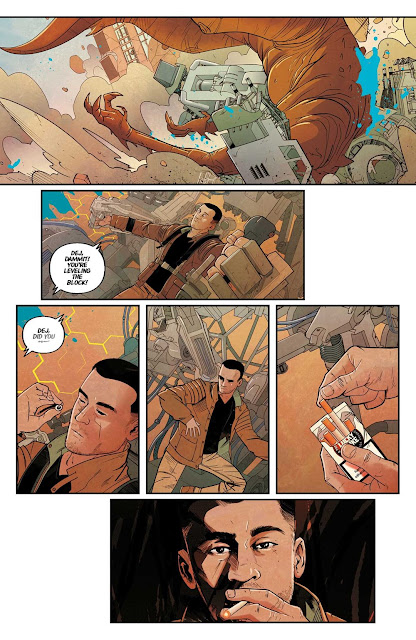 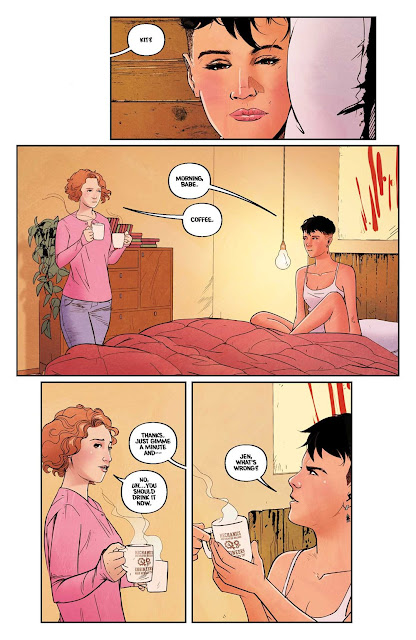 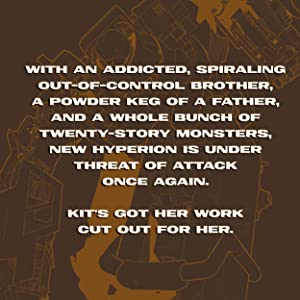 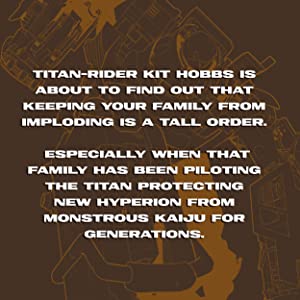 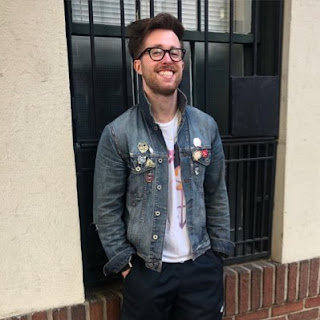 Tres Dean is a comic author (currently writing We Ride Titans for Vault Comics and Eternal Warrior: Scorched Earth for Valiant) and culture writer from Richmond, VA. He’s the author of FOR YOUR CONSIDERATION: DWAYNE “THE ROCK” JOHNSON from Quirk Books. As a culture writer he’s written for GQ, the Huffington Post, Men’s Health, SyFy, Uproxx, AskMen, and Geek. Alongside artist Jamie Jones he co-created the comic series DODGER and with writer Stewart Jester and artist Kendrick Drews made the one-shot KILL THE DRUG WAR. He also wrote the comic debut of pro wrestling superstar Joey Ryan in JOEY RYAN: BIG IN JAPAN, also drawn by Jamie Jones. He currently resides in Brooklyn, New York.

2 winners will receive a finished copy of WE RIDE TITANS, US Only.