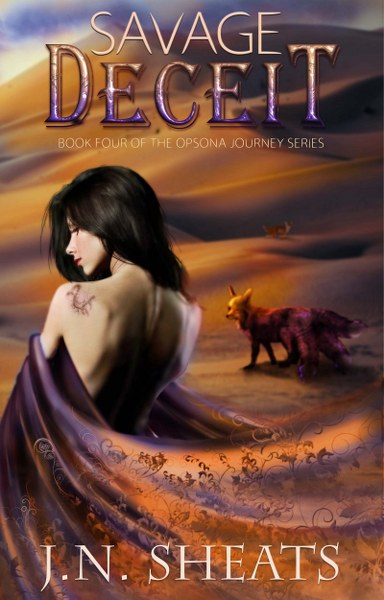 “No,” I snapped. “You are not going to do this now or ever! You are alive for a reason, don’t question it.” ~Cret

Fleeing into the Wastelands, Cret has saved Serenity from the rumble of Tentusa. Now with a simple yet daunting task of keeping her alive, Cret has found himself in need of allies. One of which that has arrived right in time to aid him at this most dire time, but is she truly an ally?

Serenity has survived the fall of Tentusa and the Vampire Nation’s Armies, but what comes next? With no more master and no more direction in life Serenity is starting to question her place in the world when the woman Mysheik appears to help both her and Cret. She is suspect of the Opsona woman and the strange town they stumble upon in the desert Wastelands.

What are Mysheik’s true intentions? And have the Vamdari survived like Serenity? Find out in book four of the Opsona Journey Series.

A myriad of garbled death grunts and pain-filled wails called out into the ever twilight of the Crypt Realm—chaos echoing off dirty rubble stone that nature started to reclaim as ghouls lay slain on display for any who might oppose fate. These were my enemies, demons and ghouls who liked to infest the mortal world with their wrongness. An infection that often seeped into the cracks, but not if you killed them off at the root. That was the plan for my Opsona brethren and myself. I was fulfilling my Opsona duty, helping my brothers invade the Underworld Realms, but not everyone saw me as an asset.

“I found another one trying to get away,” the man standing over me joked as I gasped to gain some air. The large brute of an Opsona struck me down when my back was turned using his lance to choke me from behind, as another Opsona landed a kick to my gut. It was an attack I wasn’t prepared for, and I would surely never make that mistake again.

Three others arrived chuckling at my misfortune, they knew what they were doing was wrong. I wasn’t the enemy, hell I led them here. I opened the gateway so they could take out the ghouls of this part of the Underworld. By doing so I now labeled myself an enemy of my demon brothers, a damned sinner who could never come back. There would be no place in the Underworld I could hide from retribution, and no chance to repent.

The reality of what was about to happen hit hard, and I gritted my teeth trying to hold my demon side back. This would be no time to prove them right, to show I was the monster they thought me to be, but I couldn’t show fear either. Showing fear would only urge them on more.

“You want to be one of us?” one of the men asked, stepping forward, a mocking tone to his voice as he asked his question. This asshole was the leader of the small group.

I didn’t like where this was going, but I bit back any response. I wouldn’t give them the pleasure of knowing my rage.

It had been a difficult few years training with the Opsona elder, Rhea. While she accepted me, the others still refused to acknowledge my Opsona blood. I was seen as a demon, a creature of sin. No matter my skill or strength I was still an outcast, but this? I never imagined they would take up arms against me. The Elders would not be pleased, but what punishment would they really face? Probably none—in fact they may even be rewarded for killing me, the bastards.

On cue two of the bigger men of the group restrained each of my arms and kicked my legs to bring me to my knees. A third ripped open my shirt and I growled like the beast I was, delighting in the way he jumped back. Aww, fear. I could smell it on him, making my demon purr with a special hunger. Chuckles from the others sounded for their companions’ frightened retreat. If they only knew what I could do to them.

The leader moved closer as I struggled to break free. It wouldn’t do me any good. Fighting one or two of my brethren I could handle, but five? No, I didn’t have the skills to escape without killing them. Here in the cover of twilight I had the advantage, but it would mean unleashing the demon I could not control. My demon, raging beneath the surface, would surely dismember them. I had to hold it back and take what abuse they were going to dish out.

**Don’t miss the other books in the series!** 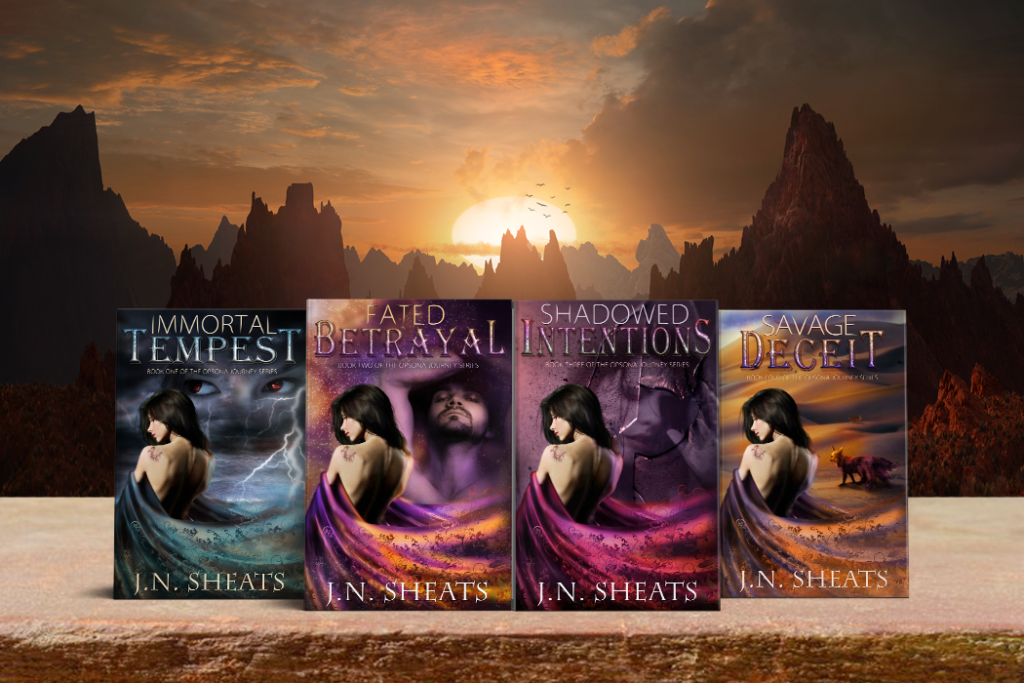 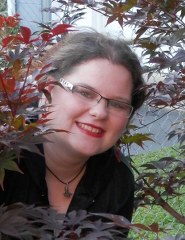 J.N. Sheats is an artist turned author. Living in Maryland with six wild cats, and her husband, J.N. spends her days designing book covers and teasers for other authors. At night she is at the mercy of her demanding characters, and their wild fantasies.

Dark Paranormal Fantasy is her preferred genre of writing, but anything is game. Maybe even a lovely romance novel or two in the near future.

When not writing, designing, or drawing, J.N. spends her time doing a host of other activities. Including: gardening, jewelry making, cooking, and watching far too much television.