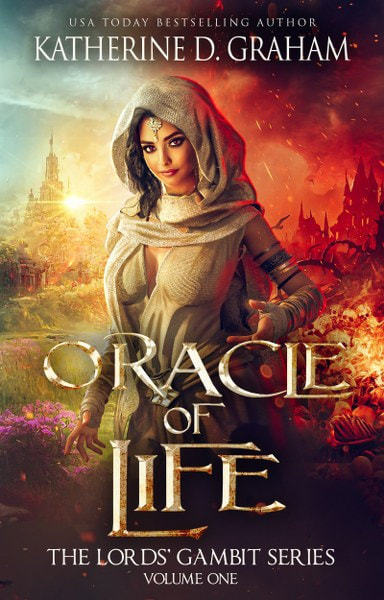 Six fallen lords. Three vengeful goddesses. And one mortal, damned to prophesy for them all.

Nariah, the Heiress of Ellonai, is dead. An exiled, desert-dwelling Doomsayer is all that remains within the shell of the powerful princess she once was.

She isn’t sure which of her visions her people hate more: the one where the three benevolent goddesses they serve have decided to destroy the world, or the vision of six lords falling from the skies to save them.

The World’s Only Hope

Stumbling across the very lords she’s been seeing in her visions for years, only Nariah’s accursed gift of Sight can aid the lords in their rebellion against the goddesses, and determine the fate of her world before it’s turned to ash.

But does she even want to save those who’ve wronged her?

**This is not a standalone novel, though each book in The Lords’ Gambit series follows a different main character. Book two, Monk of Death, is available for pre-order now.** 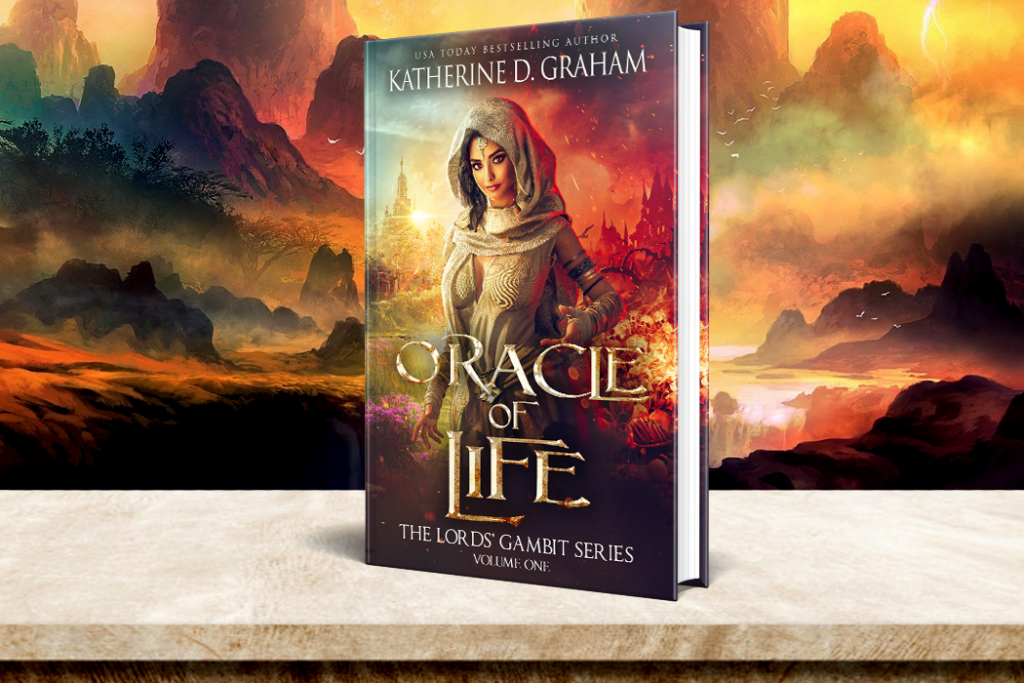 Torrential rain fell upon the six most powerful lords of Trellana as they fled through the dead of night. Rising up with sentience at the call of three pursuing goddesses, the very mud beneath the lords formed clawed hands. Muddy fingernails bit into the lords’ legs like daggers. A swing of a sword, mace, or axe freed their feet, their golden blood boiling the earth wherever it fell.

Life, ironically, fell first. The hands of the earth seized his shining locks, trapping Life to the ground as the living mud covered him like a smothering blanket. A cry ripped from Life’s lungs as his ribs cracked beneath the pressure.

The goddesses would find him soon. As if the very thought of them summoned them to his side, a flash auburn hair which was literally aflame drifted into his vision.

The rain stopped, and the clouds above him—only him; the torrents continued to fall everywhere else—opened to a glorious night sky.

A coiled silver whip was wrapped taught around one of her flexed biceps. Her ashen skin reflected within the flames of her hair as she advanced on the fallen lord, her golden teeth gleaming in the bright light of the full moon.

Life turned his eyes to the cloudless sky one final time before the mud circled up his neck and covered his face. Tendrils of it prodded at every orifice, desperate to bring an end to the lord who created all sentient beings but left the dirt itself lifeless. Uncountable millennia’s worth of anger and bitterness from an object Life never gave much thought to literally crushed in on him.

He could not die, but the earth could steal the soul from his temporary corporal form, distributing it within itself to trap the lord for eternity.

As Life’s heart pounded and his mouth gaped for air, only one other soul in his entire world mattered.

A soul both cruel of heart and chivalrous beyond measure. A soul so dazzling to look upon, that mortals threw themselves at his altar in prayer to receive just a glimpse of him in their final moments.

No, Life couldn’t die without seeing him one last time. Besides, it would be better for a brother to take his soul than the abomination this accursed goddess had summoned.

Thrusting his arm straight up, his hand broke through the rapidly drying ground as he attempted what became a voiceless cry for the compliment of his soul. 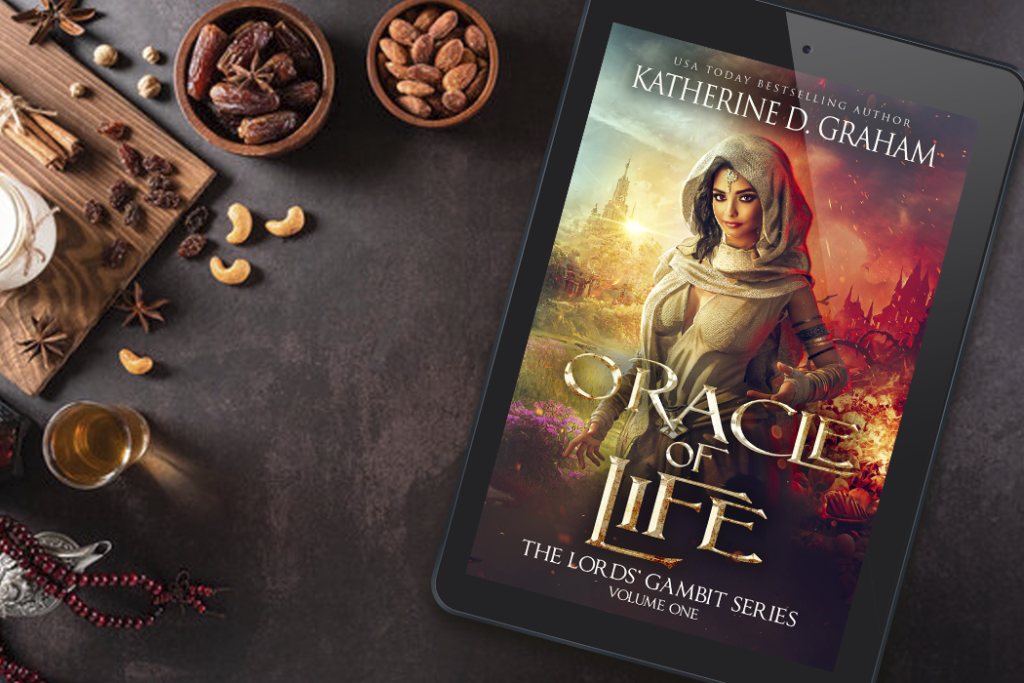 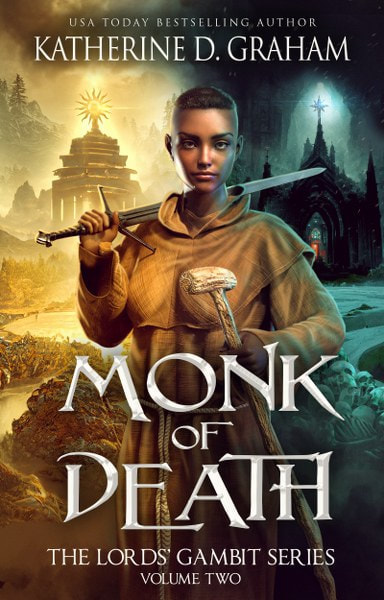 A life of service and deceit…

Kritinia’s pilgrimage was never supposed to end with Death. After living her entire life disguised as a boy at the lord of Light’s monastery, Kritinia’s sacred journey was to end with her official initiation into the order of Royal Warrior Monks.

Finding the lord of Light’s capital city besieged, the unwitting monk stumbles into an eternal battle between the lords of Light and Dark, and at the mercy of the lord of Death himself. He knows the deepest, darkest secret of her lineage; a secret he intends to possess.

She never meant to marry a lord… or become one herself.

Caught in the crossfires of a war older than her kingdom and forced into a marriage with Death, only Kritinia’s ascension to lordship will finally put the bitter feud between Dark and Light to rest.

But can a mere monk, whose life is built on secrets, lies, and death become the lord of Life?

You’ve never read a mythological fantasy quite like this dark epic by USA Today Bestselling Author Katherine D. Graham! Dive into this world of lords, love, and life today!

**This is not a standalone novel, though each book in the series follows a different main character. Please check out Volume One (Oracle of Life) first.** 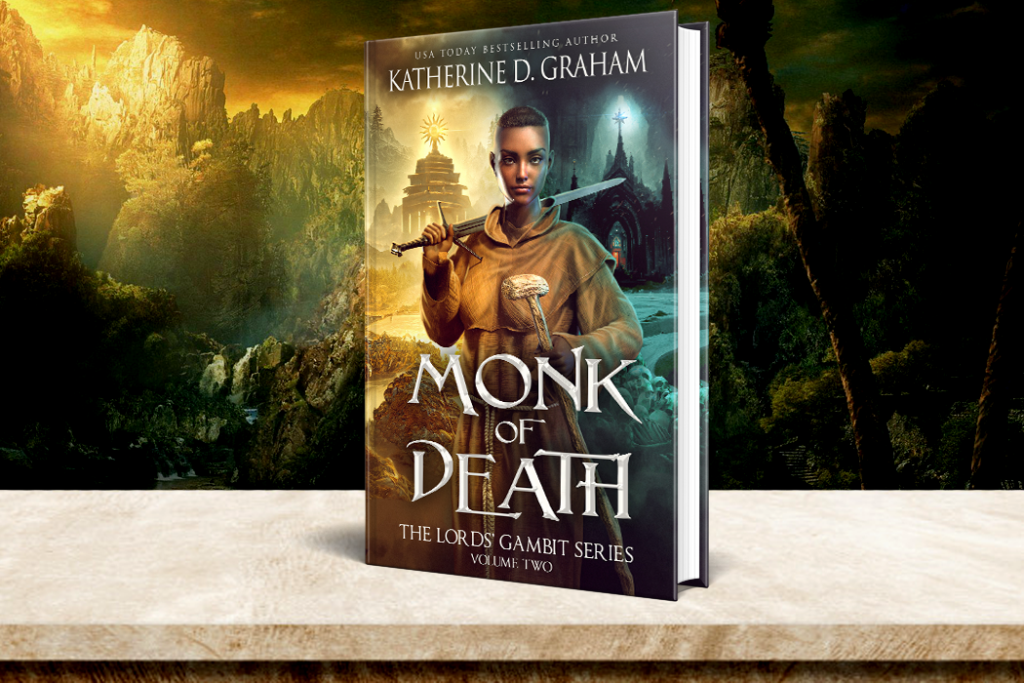 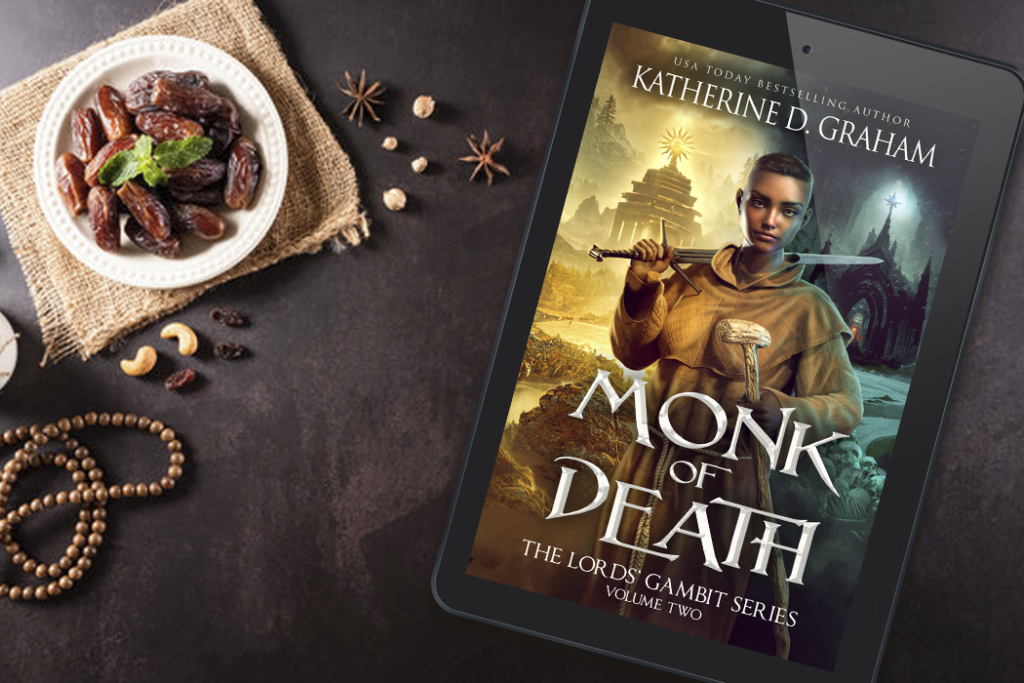 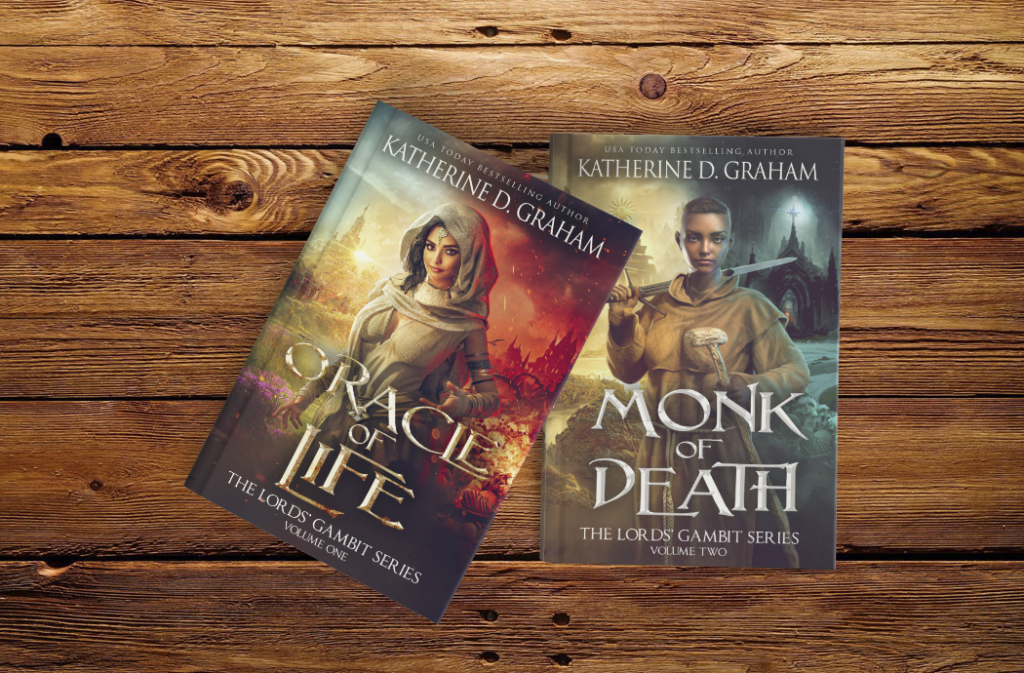 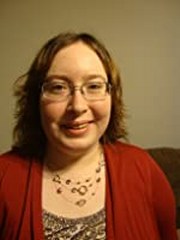 Katherine D. Graham is a USA Today Bestselling fantasy author from Tennessee (USA). She is also a developmental editor and Reedsy Reviewer.

In addition to the library system, Katherine actively raises support for the St Jude Children’s Research Hospital, The House of Mews cat sanctuary, the Memphis Zoo, and Swim Across America.