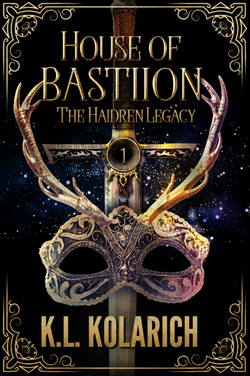 BEHIND THE MASK OF DUTY AND POWER, NO ONE IS WHO THEY SEEM…

Centuries after the Forgotten Wars ravaged the world and turned it to ash, the Houses of Pilar, Darakai, Boreal, and Bastiion forged an accord with the royal line of Thoarne, founding a Quadren of advisory to the throne of Orynthia. Every generation, a single haidren from each of the four Houses is appointed to this coveted chair.

Upon her Ascension to adulthood, Luscia Tiergan takes her seat at court as al’haidren to the House of Boreal and is quickly drawn into a maze of political traps and dark secrets. As she adjusts to her new life, Luscia uncovers a pattern of forgotten children, slain in the streets of Bastiion.

Raised on superstitious rumors about Boreal’s penchant for sorcery, Zaethan Kasim, al’haidren to the House of Darakai, inevitably clashes with Luscia when she arrives in Bastiion. But when his position is threatened by an old rival, Zaethan is forced to set aside his hatred and form an uneasy alliance with the Boreali al’haidren to secure his claim.

Following a disturbing stream of innocent bloodshed across Orynthia, Luscia and Zaethan discover their ideals are far more aligned than they might have imagined. But in a land of war and deceit, the path to peace should never be trusted.

House of Bastiion is the first installment in the award-winning epic fantasy series, The Haidren Legacy. An immersive adventure armed with dark politics, sharp objects, and bickering characters, this treacherous saga packs a legendary punch for fans of Brandon Sanderson, Naomi Novik, John Gwynne, and Victoria Aveyard. Evoking the classic style of A Game of Thrones and The Priory of the Orange Tree, The Haidren Legacy series is not for the faint of heart.

For a more immersive reading experience, enlist additional online resources by exploring the unforgettable world of Orynthia at www.TheHaidrenLegacy.com today! 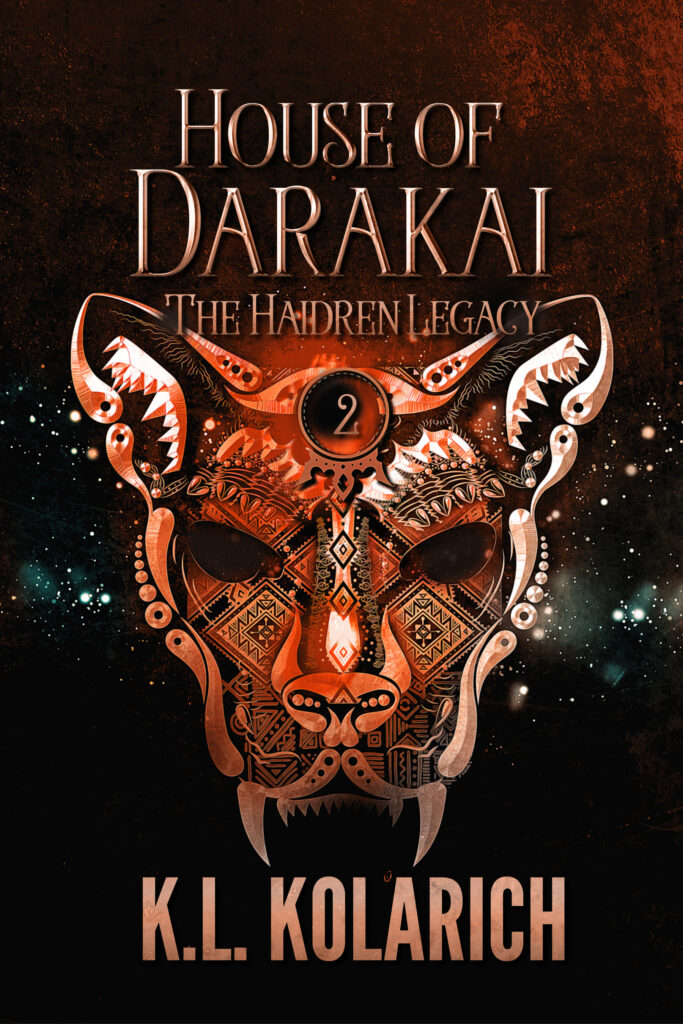 BEHIND THE MASK OF WAR AND VALOR, BETRAYAL REIGNS WHERE IT BLEEDS…

Orynthia’s young king grievously takes his throne in the wake of regicide. From the city’s underbelly, unrest brews for the cross-caste convicted, while the haidrens hastily depart Bastiion to embark on the coronation tour for the realm’s new sovereign: Dmitri Korbin Thoarne.

Now the seated haidren for his House, Zaethan Kasim returns to the brutal mountains of his youth, where competition and conquest eagerly await his homecoming, unlike his dismissive father. There, Zaethan swiftly uncovers a Darakai radically changing. Committed to doing whatever it takes to protect Dmitri’s regime, he fights to remain alpha zà as Wekesa—his favored rival—prepares his challenge. To ensure he is named champion, Zaethan presents another deal to the highlander witch he despises. Yet in balancing fealty to both king and countrymen, Zaethan begins to doubt Darakai’s loyalties, as well as his own.

Luscia Darragh Tiergan is no stranger to the brutality of the south. However, after a harrowing attack, it is the shadows lurking behind it that slashes her dreams into a waking nightmare. Plagued by whispering omens, Luscia wrestles to silence her uncontrolled Sight. And as she is stalked out of Bastiion from within the Other, she must conceal the volatile manifestations from her Boreali guard but, most especially, the Darakaian haidren Luscia’s sworn to help.

Hosted by the House of War, the Quadren confronts an enemy more dangerous than the last. For where treachery stirs, it is not the crown that reigns, but the bloodshed encircling it.

House of Darakai is the second installment in the epic fantasy series, The Haidren Legacy. An immersive adventure loaded with dark politics, sharp objects, and bickering characters, this treacherous saga packs a legendary punch for adult and NA readers alike. Thrilling fans of Brandon Sanderson, George R.R. Martin, and Sabaa Tahir, this savage sequel is out for blood. 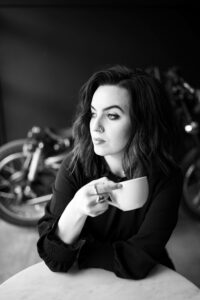 Throughout her life, K.L. Kolarich never expected to become a bestselling and award-winning epic fantasy author, nor one based out of Nashville, TN. But growing up in Metro Detroit, Kolarich developed a deep love for eclectic variety as well as the underappreciated. Both themes readily present throughout her series, The Haidren Legacy.

An individual plagued by sarcasm, conviction, and an ever-present distraction of fable and lore, K.L. Kolarich dreams in the day and writes through the night. Often hearing her characters argue in the background, Kolarich stifles the daily temptation to abandon reality and lose herself in the realm of Orynthia.

When fully present in the real world rather than another, Kolarich explores local waterfalls, habitually frequents the same Thai restaurant, adds to her ever-growing spice collection, and maintains a thoroughly messy kitchen for the sake of colorful vegan feasts.

With too many cats and not nearly enough wine, Kolarich resides in the woods away from the noise, happily married.

Release Blitz: A Blaze of Fire by Karina Espinosa

Release Blitz: Shadow of the Contender by Jonathan Yanez