The Chamomile Conspiracy: A Garden Lover Cozy Mystery (Seasons of the Witch)
by Louise Marvin

About The Chamomile Conspiracy 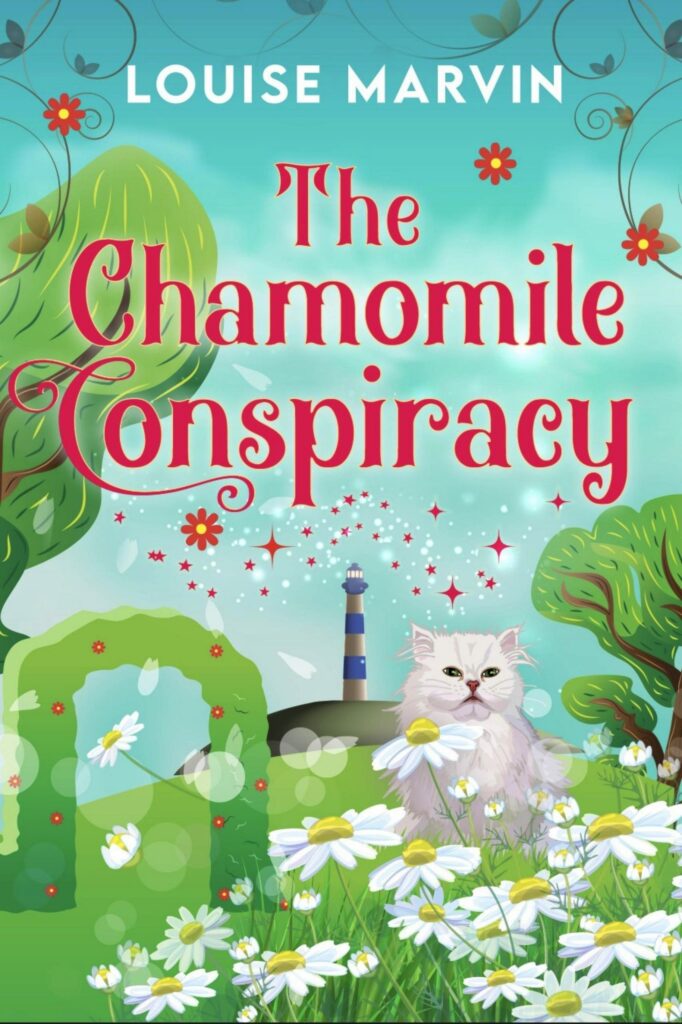 The Chamomile Conspiracy: A Garden Lover Cozy Mystery (Seasons of the Witch)

Green witch Pax Thatcher leads a busy life. Between working two jobs, applying to grad school, and helping out at the old herb shop that belongs to her friend and mentor, Miss Millie, Pax doesn’t have much time for practicing spells. She’s lucky she can keep her enormous plant collection alive.

Fortunately, she can talk to her plants, and they talk back.

But when Pax arrives for a visit to her seaside hometown of Honesty Harbor, Maine, and discovers Miss Millie is missing, she drops everything to find her. When she does, it’s just in time to hear Miss Millie’s dying words:

Unable to believe anyone would want to murder the kind old woman, Pax vows to fulfill Miss Millie’s last request. But how can a boring little witch who doesn’t even own a cauldron solve a murder? Ask the only witness—a potted plant—what happened.

But the more she listens to her leafy allies, the more questions she has. And when others begin to view her as the prime suspect, Pax must hurry to weed out the killer before someone else gets whacked.

Now, I don’t know if you’ve ever been a cactus, or at least spoken to one, but there’s not much to it. I’m not as big as my Saguaro cousins in the southwest, or my mescaline-laden cousins in the Andes, but I have my merits. According to Her—the Caretaker—I “give the room a good vibe.” Now, as we’ve established I’m a cactus, so I don’t know what that means, but it makes Her happy so I’m good with whatever, honestly.

She is a little odd, I’ll admit. Sure, She feeds and waters us—and there are a lot of us, we definitely outnumber the things with legs in this place—but sometimes I see Her with a bowl of leaves and little red tomatoes, that She then eats. I know it’s none of us, but still! She cares so much for us yet devours the remains of others! It’s a little hard to unpack, to be honest.

I don’t complain, though. Why would I jeopardize a good thing by complaining about a little gruesome murder? Most of us aren’t edible, so we have it pretty easy here. I get watered on the rare occasions that I need it, my windowsill gets sun throughout the day, and my neighbors—an orchid named Yennifer and a Venus flytrap named Tony—are pretty respectful and quiet. Yen has some great jokes and Tony’s pretty smart for something that reproduces through spores, but for the most part we all keep to ourselves.

I’m a  I am originally from California. The Caretaker found me at a farmer’s market. I am apparently a Mammillaria elongate which is a fancy way to say ladyfinger cactus. She put me on the dashboard of her car and took me into the mountains. I didn’t know there was so much green anywhere; I sprouted in a kitchen window, I didn’t know anything about the world. The trees were so tall.

She put me in her window where I could see so many different trees and birds and people. Now we’re in the city and there’s always something going on outside. I’ve seen so much for just a small-town cactus. I’m so glad she found me.

I don’t have a name, yet. It’s been a long time, but she’s never found anything good enough, She says. She says I can choose my own, but I’m not sure either. Maybe I don’t get a name?

This morning, she says we’re off on a new adventure, up the coast to Maine. She has a friend there who would be happy to name me and could be trusted to give me a good one, and maybe I’d like to live with her for a little while. I’m a little nervous—okay, a lot nervous—because I’m finally used to life in Boston instead of California, and now we’re going somewhere new? Who is this lady? What if I don’t like my new name? What if I don’t want to leave?

She says to stop worrying. She says the place we’re going is like a postcard. That I’ll love this Miss Millie person. She claims everything is going to be fine as she straps me into her car. I keep my spines to myself but I know she can sense it. I don’t even have to say anything.

I have a bad feeling about this.

Louise Marvin’s mother wrote Star Trek fanfiction in the 1980s, so it was only natural that Louise follows in her footsteps. FanFiction played a big part in Louise’s development and coincidence as a writer, inspiring her to try her hand at original fiction. THE CHAMOMILE CONSPIRACY is her first book. Louise lives in New England with an elderly cat and an extensive LEGO Star Wars collection and works at a medical cannabis facility.

October 4 – I’m All About Books – SPOTLIGHT

October 11 – Escape With Dollycas Into A Good Book – GUEST POST