This is my post during the blog tour for Burning Secret by R J Lloyd. Burning Secret blurs the line between fact and fiction, a retelling of the extraordinary life of Harry Mason – deceit, violence, power and wealth.

This blog tour is organized by Lola’s Blog Tours and the tour runs from 19 September till 9 October. You can see the tour schedule here. 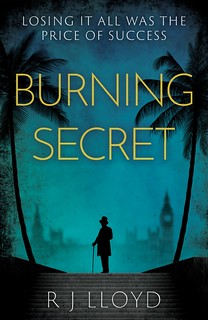 Blurb:
Burning Secret is a dramatic and compelling tale of ambition, lies, and betrayal inspired by actual events.

Born in the slums of Bristol in 1844, Enoch Price seems destined for a life of poverty and hardship—but he’s determined not to accept his lot.

Enoch becomes a bare-knuckle fighter in London’s criminal underworld. But in a city where there’s no place for honest dealing, he is cheated by a cruel loan shark, leaving him penniless and facing imprisonment.

Undaunted, he escapes to a new life in America and embarks on a series of audacious exploits. But even as he helps shape history, Enoch is not content. Tormented by his past and the life he left behind, he soon becomes entangled in a web of lies and secrets.

Will he ever break free and find the happiness he craves?

Influenced by real people and events, Enoch’s remarkable story is one of adventure, daring, political power and, in the end, his search for redemption.

As the Cathedral-Basilica of Notre-Dame de Québec rang out 2pm, Enoch made his way through the station to the waiting train. Settling into his carriage, a lady of middle age joined him. Enoch recognised from the quality and cut of her fashionable clothes that she was of discerning taste and wealth. He watched as she made herself comfortable. Turning to Enoch, she said, ‘Excuse me for being so presumptuous, but may I introduce myself?’ She spoke with confidence in a refined American accent. ‘My name’s Kitty Morgan. I’m from Albany, New York State. It’s so nice to meet you. Are you travelling far today?’

‘Well, that’s so exciting. You must be English. Am I right?’

‘Yes, I arrived this morning and—’

‘That’s wonderful. I’ve never been to Europe. I’d love to see London and Paris. Have you been to New York before? Do you have friends waiting for you?’

‘I’ve friends who settled there some years ago and—’

‘Well, that’s nice. At least you’ve someone to meet you. I’m sorry, I didn’t catch your name.’

‘Henry. Well, I expect everyone calls you Harry. I always think Henry is too… well, you know, too formal. My name’s Kathryn, but I much prefer Kitty. It sounds… well, less formal. Don’t you agree, Harry?’

Before he could reply, Kitty continued. ‘Now, you must tell me, Harry, what line of business are you in? We’re in glass, for windows, not tumblers or spectacles, you understand. We make a lot of it; at least, that’s what my husband tells me. He says we’ve glazed most of Manhattan; mind you, I’m not sure that’s strictly true.’ She gave a charming laugh, which suited her petite frame.

He noticed she had beautiful blue eyes, and from under her fashionable bonnet, he could see ample waves of pale straw-coloured hair.

‘Tell me, Harry, have you ever visited Paris?’
‘Briefly, I was there on—’
‘Is it like Montreal or Quebec? Do you speak French,

my way to visit her; she lives in Montreal. She’s married the most handsome French-Canadian gentleman. He does all kinds of things: property, banking and something with trees. What did you say your line of business is, Harry?’

Avoiding any mention of timber, he said, ‘I manufacture ladies’ garments and—’

‘Bodices and corsets of the highest quality. I use only the—’

‘Oh, my goodness. You do surprise me. I can’t wait to tell Minnie. She’ll be so envious. Imagine that! I met a man on the train who makes undergarments for us dear ladies. How exciting.’

The collector arrived, and Enoch passed him his ticket and yellow immigration form. Studying it, he read aloud as if talking to himself, ‘Mr Henry Mason. The St James Hotel, Broadway.’

‘No! Really! You’re staying at the St James on Broadway?’ exclaimed Kitty. ‘Ladies’ undergarments must be a profitable line.’ She again smiled and gave a gentle laugh, then, turning to the ticket collector, said, ‘He’s called Harry, you know. He’s from England.’

The man nodded. ‘Yes, ma’am.’ He didn’t ask to see Kitty’s ticket and moved on to the next carriage.

Kitty said, ‘Listen, Harry, there’s a great restaurant car on the D and H. Book a late dinner and get a bottle of wine, then take your ease in their wonderful dining chairs.’ She paused a moment to delicately tuck a lace handkerchief into her cuff. ‘Now, tell me about Paris. I want to hear it all.’

Kitty made herself comfortable, listening as Enoch spun a tale of Paris and the exclusive materials used in the bodices manufactured by his London & Paris Corset Company. Never having visited Paris, he imagined it to be like the best parts of London and, with some assistance from Michael’s description and his recently read novel by Victor Hugo, he impressed Kitty with his familiarity of the city.

‘Harry, you make it sound so wonderful. No sooner I’m home, I’m having my husband book a trip.’

Three hours after departing from Quebec, they arrived in Montreal, and Kitty alighted. ‘It’s been a real privilege meeting you, Mr Harry Mason. And it’s been the most enjoyable journey. If ever you’re in Albany, you must visit. It won’t be as grand as the St James, but we’ll make you welcome. And bring some of your beautiful garments.’ Her captivating smile again crossed her lips, and with that, she stepped away, giving a brief wave.

Collecting his case and following other passengers, he changed platforms to the Delaware and Hudson Railway. As he settled into his new carriage, he was still thinking of Kitty Morgan. From now on, he would be Harry Mason. 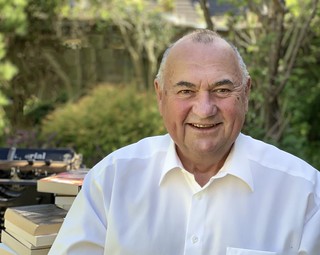 About the Author:
Roger is the great-great-grandson of the main character, Enoch Price. A former senior police officer and detective, he has used his investigative skills to fashion this dramatised account of his ancestor’s extraordinary life. Fifteen years of genealogical research and interviews support the various factual strands of this pacy novel.

Roger graduated from both Warwick and UWE and has been a non-executive director with the NHS, social housing, and other charities.

He is retired and lives in Bristol with his wife. He travels, writes and produces delicious plum jam from the trees on his award-winning allotment. 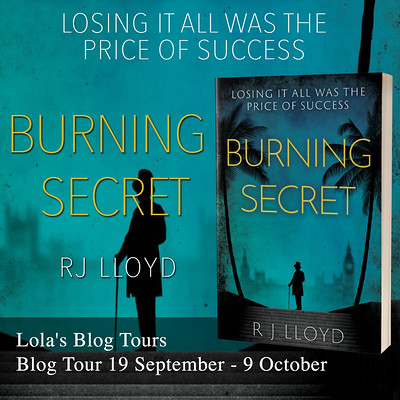