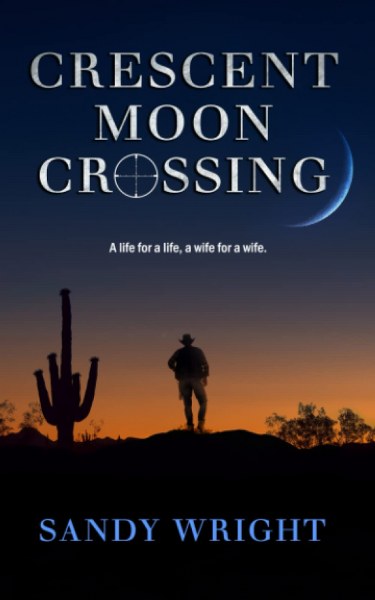 When his bleeding-heart spouse, Abby, begins volunteering at Hope House, a group that leaves supplies in the Arizona desert for illegals crossing the border, he hatches a plan to make her murder look like a coyote smuggling gone wrong.

But before he can carry out his plan, Abby is murdered—and he’s the prime suspect.

Rumor Vargas is first on the witness list of Deputy Sheriff Cooper “Coop” Jones who’s investigating her friend’s murder. Rumor finds his methodical mind attractive and she’s curious about his battle-weary eyes. But when he turns that inquiring mind on her big brother as a prime suspect, Rumor has a reason besides attraction to keep Coop close.

The Sheriff suspects Alberto Vargas has Cartel ties, and this certainly looks like the Sinoloan gang’s work. On the other hand, Abby’s husband—and his lover–have their own motives for murder.

The further Coop digs into the case, the less the facts add up for any of his known suspects.

Someone has a grudge against Jace Merrick. A life and death grudge. And it’s time for pay back. 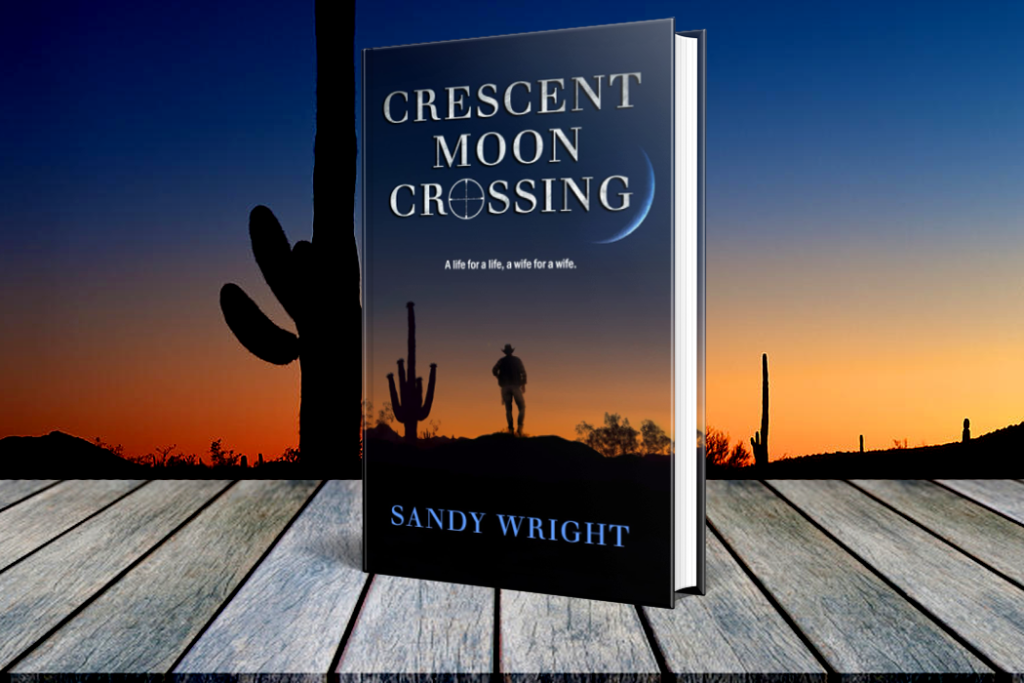 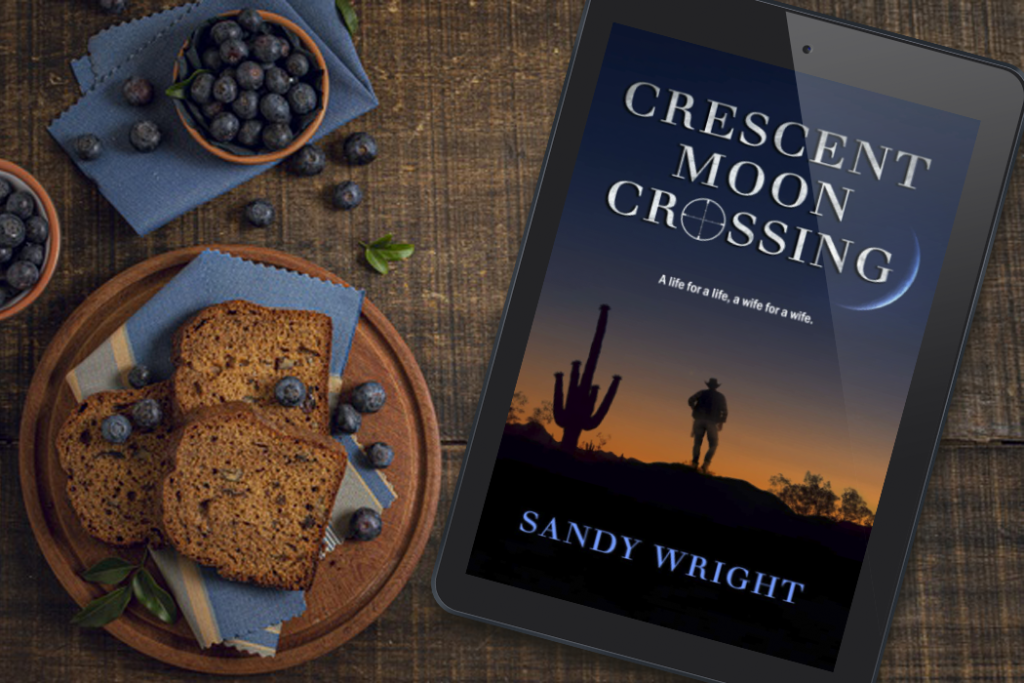 A silver Honda Accord sat in the shade of an overgrown mesquite tree outside the budget motel, the windows rolled up despite the stifling Arizona heat.

The man in the driver’s seat removed his baseball cap and rubbed his sweaty head with a bandana. He hated this monochrome desert and its searing temperatures. It reminded him of Iraq. Made him feel exposed and twitchy. The glare brought back his blinding headaches, and the nightmares too. The ones that jerked him awake, reaching for his rifle.

When Jace Merrick came out of room 102, the man raised his binoculars. He watched his target unlock a metallic blue Mustang. The bastard was whistling as he slid behind the wheel. That smug face made his breath catch and his stomach acid bubble up and burn his throat. He squeezed the binoculars until his fingers ached. Breathing hard, he imagined his hands around Jace’s neck, squeezing, squeezing, until that cocky smile disappeared, replaced by terror.

He wasn’t worried about being seen. Chances were Jace wouldn’t remember him. He’d lost weight since he’d last seen Jace and was dressed as a civilian in a dark baseball cap and a Black Sabbath t-shirt.

His old squad leader hadn’t changed a bit, though. Slim, buff, and full of himself. Looked like he still considered himself quite the lady’s man.

He shut his eyes as his nostrils filled with the old-penny scent of blood. Jumbled images of a woman on the operating table filled his mind. A problem with the delivery. The woman was in trouble. He needed to get there, to help her….

The rumbling of the turbo-charged Mustang brought his attention back to the motel and Jace Merrick, the self-involved asshole who destroyed everything he’d had. His wife. His baby. His career.

Six months after Barb and Em’s death, he’d suffered a psychotic break during a night patrol in Iraq. He was convinced people were trying to kill him.

“Of course they are, you jackass,” Jace had said. “We’re in the middle of a war zone.” He slapped him on the helmet and sent him back out on patrol.

So, he continued his normal duties and buried it all. Or tried to. But who wants a marksman with the shakes? He looked down at his trembling hands in disgust.

“All Sarge’s fault,” he mumbled to himself.  “All your fault.”

He knew he was sick. The over-exposure to violent deaths had infected him like a toxin. His shakes got worse, and his commanding officer noticed. Told him he had no choice but to remove him from active duty. He snuck into the CO’s office and read the medical discharge. “His sense of reality is fragile in the extreme,” it read. “For his own sake, and for the safety of his squad mates, he needs rest and in-patient psychiatric care.”

He disagreed. What he really needed was revenge. 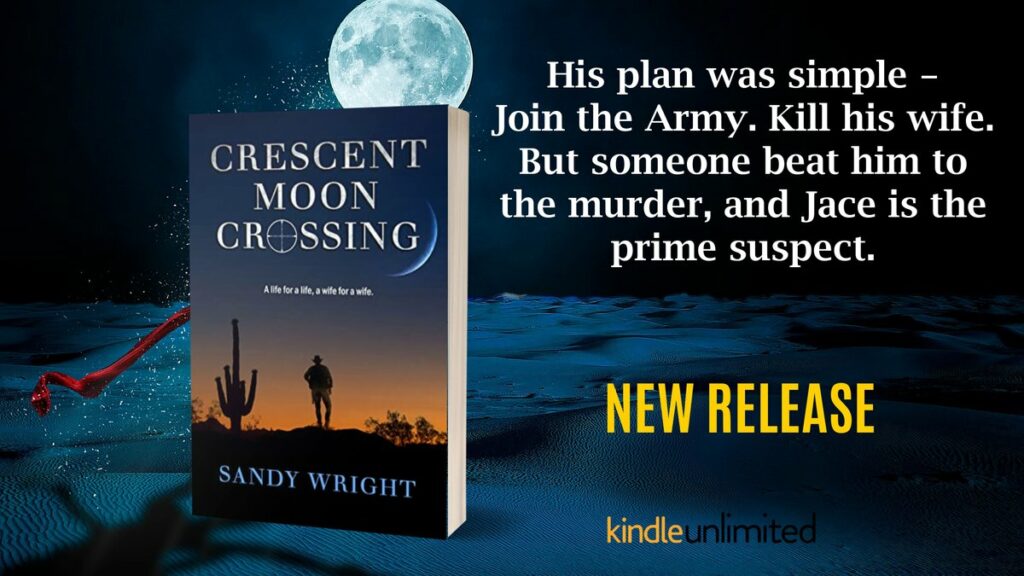 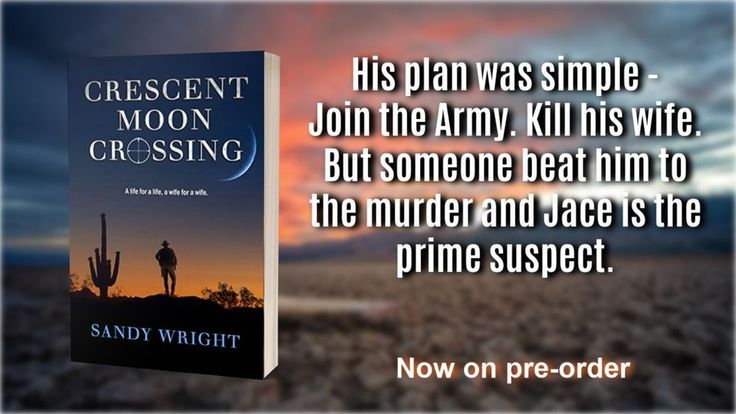 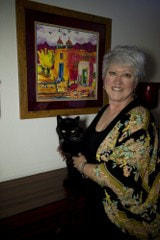 Sandy Wright resides in Phoenix, Arizona with her husband, a rescued Australian Shepherd named Teak, and a black panther cat born during a full eclipse and named Shadow Moon.

She fell in love with the southwest desert, including its Native American influences, when she relocated from the Midwest.

Staff Sergeant Jace Merrick has two short-term goals–join the Army Intelligence unit, and kill his wife. He hatches a scheme to make her death look like a Mexican cartel smuggling operation gone wrong. But before he can carry out his plan, she is shot, and he becomes the prime murder suspect.

SONG OF THE ANCIENTS, the first novel in the Ancient Magic paranormal suspense series, introduces readers to witchcraft and shamanism, seen through the eyes of an ordinary woman.

All books are available on Amazon.

Sep 15
Plain Talk Book Marketing
Momma Says: To Read or Not to Read

Sep 17
A Wonderful World of Words

ebook of Song of the Ancients