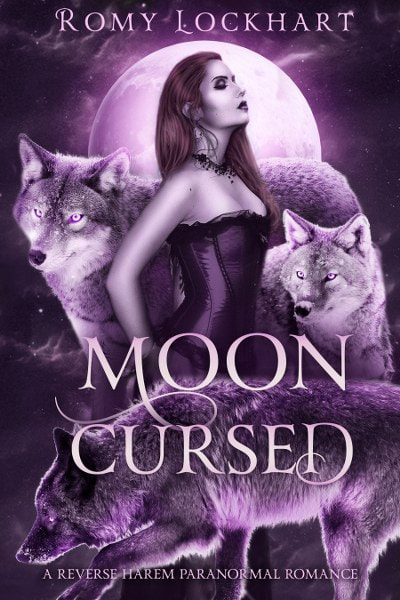 Cheryl’s newly awakened Alpha wolf is put to the test when her Omega is accused of murder by another pack. Pack law dictates Oscar’s fate must be determined by his accusers, but she’s certain he’s innocent and determined to find a way to prove it.

Getting to the truth isn’t going to be easy. Oscar’s fractured connection with his wolf makes him even more vulnerable than the average Omega, and Cheryl’s instinct to protect her mate goes into overdrive when she finds out why the other pack want him.

She’ll do whatever it takes to keep him safe. No one threatens an Alpha’s mates.

Please note: This is the second novel in the Hybrid Shifter world to feature Cheryl and her mates. This harem was formed in Vicious Love, and the characters also make an appearance in the novella Hybrid Hearts. 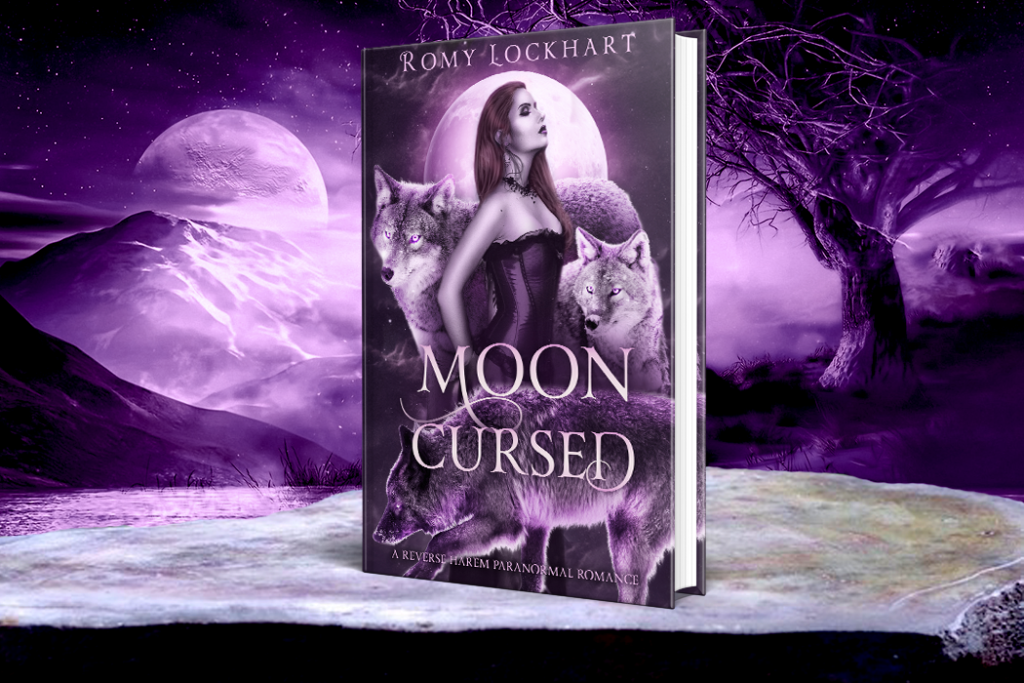 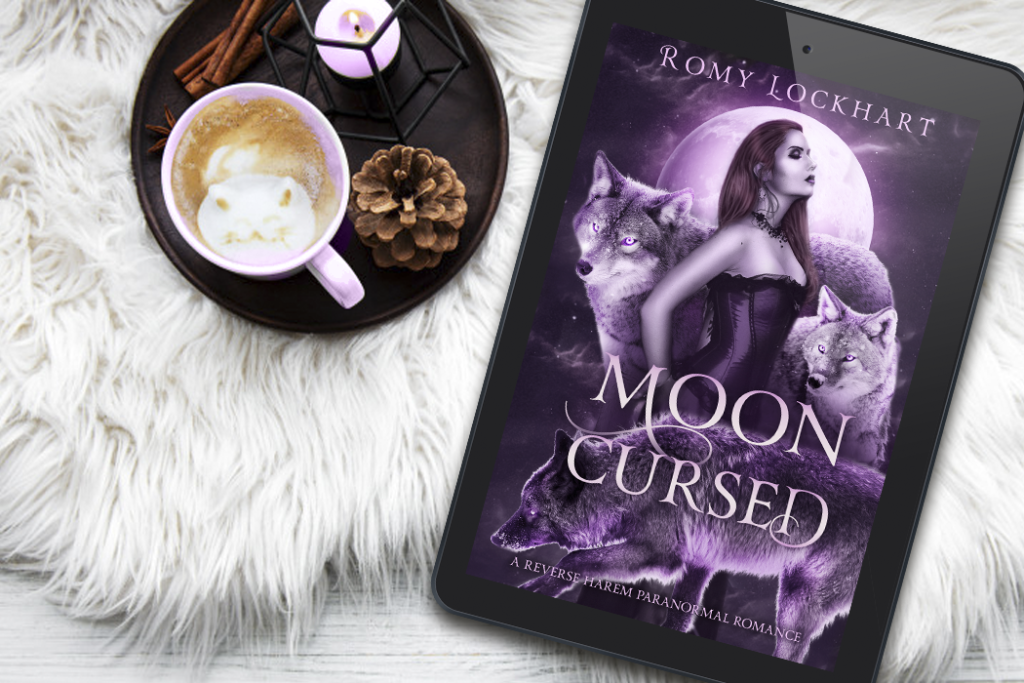 It’s been four months since my wolf awakened and I found my mates, five weeks since I became part of a coven, and three days since I realized one of my mates is pretending to be okay when he’s not. I wasn’t prepared for any of this, least of all for an Omega mate who’s usually extremely open about his feelings, shutting down to hide something.

Whatever that something is, it must be big. He wouldn’t keep it from us if it wasn’t.

I know Oscar. He thinks he’s protecting us, but it’s our job to protect him.

As soon as we know what we’re protecting him from, we’ll be all over it. But we’re never going to work out what’s up if he never gets out of bed.

“We’re seriously going to be late,” Noah tells me, shaking his head.

Our Beta has been ready to leave for close to an hour, getting up like clockwork and taking the time to subtly style his short dark blond hair and make sure his clothes don’t have a single visible crinkle. His deep-brown eyes are pleading when he turns them on me. He’s been trying to convince our Omega to get moving for the past fifteen minutes, and he’s clearly reaching his limit. I can hear the exasperation in his voice, I can see the irritation in his stare.

“Who cares?” Oscar mumbles from the bed, where he’s stretching out and making himself more comfortable instead of getting up for class.

The sheets fall away from lightly toned torso, revealing a glimpse at the start of the fine trail of dark hair moving down from his navel. I pull my gaze up to his face, and I see the faintest hint of a smile on his lips. His thick, dark eyelashes flutter lightly, and I know he’s watching me while he pretends to be dozing, waiting for me to respond to this lazy attempt at flirting.

It’s cute, I’ll admit, but we don’t have time for cute.

Alphas can come and go at the academy as we please, which is kind of stupid if you ask me, but given that I’m officially accepted there as an Alpha now, I’m hardly going to argue at the leniency it affords me. Omegas and Betas are expected to attend unless they’re sick, and Oscar might be hiding something, but I seriously doubt that something is health related.

Oscar groans a little and stretches again. He clearly has no intention of moving from our bed.

If this weren’t situation typical for a weekday morning, I might be worried.

I smile down at him. He has an arm up now, shielding one of his eyes against the sunlight that’s been streaming through the window ever since Noah opened the curtains in an attempt to rouse him.

“I’m Alpha-adjacent,” Oscar murmurs finally, cracking his unhidden eye open fully to gaze at me. He gives me a slow smile. “Of course, I’d be a lot closer to an Alpha right now if you were under the covers with me.”

He leaves the room, and I know he’ll be waiting for us just as impatiently outside the mansion. At least he’ll have Everett to complain to out there. My Alpha mate never wastes time trying to wake Oscar up. That’s the duty of a Beta, as far as he’s concerned.

Usually, I’d say the same, but now that I know Oscar’s hiding something from me, from all of us, I feel like watching over him a little more closely.

Oscar sits up, letting the cover fall from his chest. He ruffles a hand through his messy dark brown hair and gives me a slow, deliberate elevator look. “Do you give up too?”

I give him a smile, even if his question gives me a little stab of guilt.

I missed the signs that something was wrong, and he’s hiding his pain from me.

I hate that I screwed up this badly. I need to find a way to make it right.

“I’ll never give up,” I promise, wishing he would just tell me what’s wrong.

He tugs at my hand, and I let him pull me down onto the bed, where his hands quickly snake up under my skirt.

“How ‘bout now?” he asks, a teasing smile on his lips as his fingers creep up my thighs.

His playful mood drags my black-painted lips into a real smile.

“Don’t start something we can’t finish, Oscar,” I tell him, knowing we really are going to be late if I don’t give him a reason to throw on clothes in the next two minutes. My judgement is going to be seriously thrown if I don’t break away now, before the heat I’m under flares and captures both of us in its furnace. “If you let me go and you get ready for class, I’ll give you my full, undivided attention tonight.”

His bright blue eyes light up. “All night?”

I nod slowly. He lets me go reluctantly. For a second, I’m not sure my plan worked, but he doesn’t sink back down onto the mattress. I get up and straighten my skirt.

Oscar leaps out of the bed, and I watch him dress in a whirlwind of motion before he darts into the bathroom. It’s kind of impressive how suddenly he went from no-desire-to-move to superhero-speed quick-change. 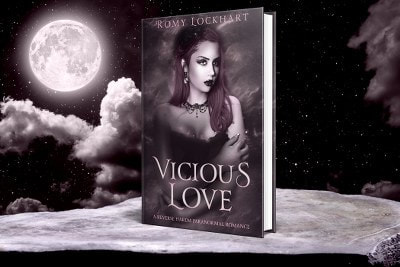 Romy Lockhart writes paranormal reverse harem and M/F contemporary romance. All of her books contain steamy scenes between consenting adults. All of her reverse harems have harem ever afters, and all of her romance novels have happy endings.

Aug 24
What Is That Book About
Girl with Pen

Sep 1
Inside the Insanity
Momma Says: To Read or Not to Read