About Something Fishy This Way Comes 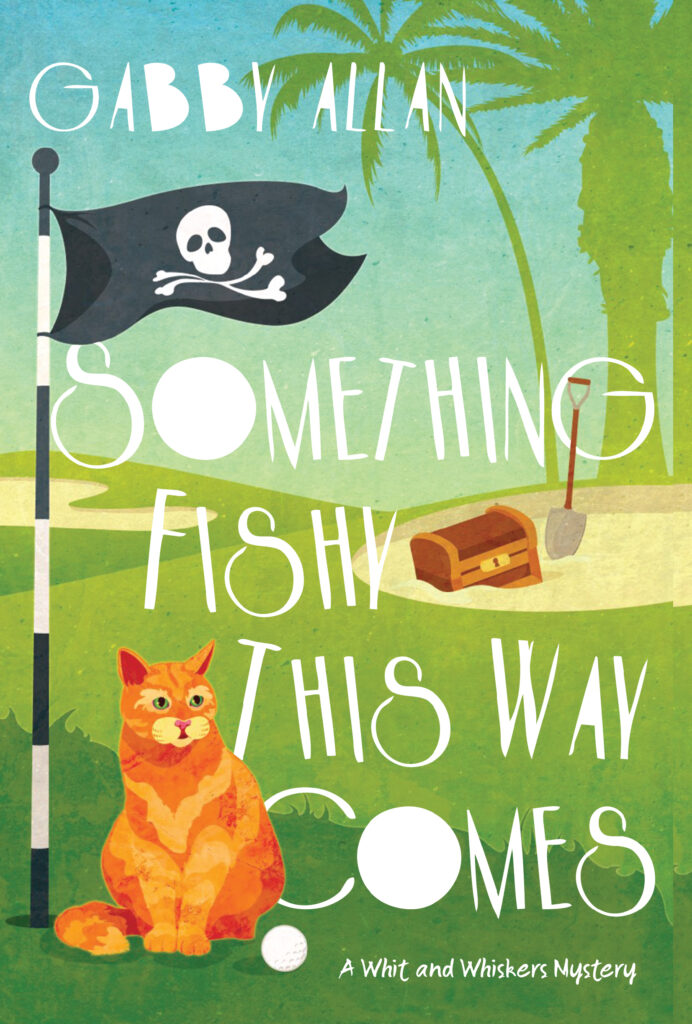 Something Fishy This Way Comes (A Whit and Whiskers Mystery)

Since returning home from mainland California and finding her groove with the family tourism business, Whitney Dagner’s daily routine has become a wonderfully chaotic adventure. She and her nimble kitty, Whiskers, often find themselves at the center of the action on Catalina, from staged treasure hunts to gossipy birdwatchers. But before Whit can get too comfortable in the place where she grew up, a gift shop order leads to a stunning discovery—someone’s dead body . . .

One of Whit’s best boat tour client’s, Leo Franklin was young and newly engaged when he unceremoniously took his own life. Only it doesn’t seem like that’s what really happened—not after the suspicious activity displayed by his family’s old rivals at the scene of his death. As a bitter, generations-long feud between Leo’s kin and the local Ahern clan comes to a head, Whit and her police diver not-so-ex-boyfriend must lead a dangerous investigation into years of scandal and bad blood to figure out who’s innocent . . . and who’s covering a killer’s tracks. 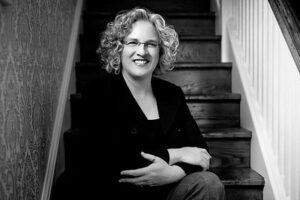 After writing plays for her friends to act out as a kid, bad poetry in high school, and her high school Alma Mater song, GABBY ALLAN finally found her true passion—cozy mysteries. Being able to share her world with readers, one laugh at a time, and touch people’s hearts with her down-to-earth characters makes for the best job ever. This California girl now lives with her husband, daughter, and two insane dogs in Central Pennsylvania where she is hard at work on her next novel.

Welcome back to Catalina Island off the coast of California!

I’ve written several mystery series under a different name (Misty Simon, if you’re wondering) and have always enjoyed the small town setting of a cozy. How it’s almost impossible to get away with anything if everyone knows your name, how communities are made up of people who care about you, how there’s never a dull moment when everyone seems to have an opinion.

So when I was given the opportunity to start a brand-new series and asked to have it be at a more vacation destination, it wasn’t hard to pick this idyllic and awesome little slice of heaven to plop down Whitney Dagner and her chonky cat, Whiskers. The small island off the coast of California was practically made for an amateur sleuth to not only get into some trouble but also to have resources to find answers.

Whit had played by the book before she’d moved back to Catalina, working her nine to five job with the railroad, keeping to herself, hanging out with her friend Maribel, and plugging way at making a life she could love. But then she gets a wild hair to go back to where she was raised by her grandparents and talks Maribel into going with her.

And in book two of this series, they get into quite a few shenanigans. That’s one of my other favorite parts of cozy mysteries. They’re not all chocked full of humor, but I do like to make readers laugh (hopefully in all the right places) and I love to play a game with you of who can get to the killer first. I always want to play fair with readers because I am definintely a person who does not like to feel like I got hit out of left field with the real killer when I’d never heard of them before those last few pages. I want to at least have a fighting chance of being able to figure it out, and so I have the same respect for anyone who picks up one of my books.

I adore when someone will say, “Oh, I could have figured that out if I’d been paying more attention!” That is all kinds of awesome.

So when I set out to write one of these books, I like to make sure I have a bead on whodunnit it before I even jump in. Sometimes it changes at the last minute but I almost always find that I had set it up for being this particular killer even if I hadn’t realized it while I was writing. And in a cozy mystery my feeling is that there always has to be closure as well as justice and the possibility that you could have beat me to the whodunnit. Now I am going to say that if you cheat and go to the back to find out who the killer is before you read the story that that doesn’t count!

I have a great cast to play around with on the island too. Between Whit, Whiskers, Maribel, Whit’s boyfriend and police diver Felix, her grandparents who crack me up, and a handful of other players, it’s been such a blast to give them issues to work through even as they’re trying desperately to catch a killer before they strike again. I can’t imagine anything better than being able to bring these characters to life in a way that would make you want to go have coffee with them (when there isn’t a killer loose on the island), or have dinner (if there wasn’t a dead body to find), or hang out with (if there isn’t a…well, you get the idea). And all of it is a playground to explore the ins and outs of life, what someone would do to protect themselves, or take revenge, or divert the attention to someone else. Some people are that desperate in my books and it makes for a veritable playground of personalities, issues, and age-old feuds to bring to the surface and make into a story that hopefully grabs your attention and doesn’t let go until the last page.

In Something Fishy This Way Comes Whit gets stuck in the middle of a situation she didn’t even know existed and is pulled into the investigation by a family who wants justice instead of being pushed aside by another family who wants the lies to be buried with the poor guy who tried to make a better life for himself. There’s golf carts and food and secrets galore for Whit and her friends and family to uncover before the killer has a chance to strike again.

So if you’d like, dive in and see if you can beat me to the end of the story and find out who the killer is. No cheating…

August 27 – Reading Is My SuperPower – REVIEW

August 31 – Escape With Dollycas Into A Good Book – REVIEW