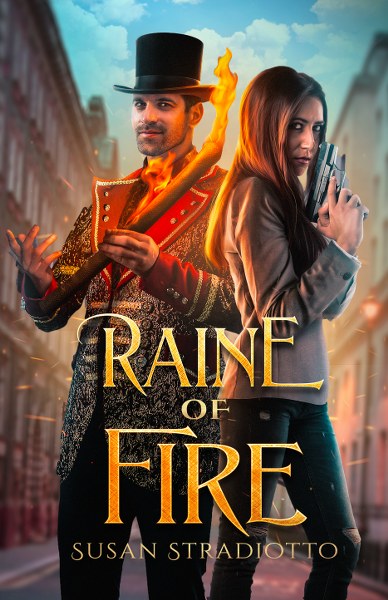 Sparks fly when an exiled Fae prince and a straight-laced detective team up to solve a murder.

Banished by his mother from Faerie, Raine Abarta wants nothing more than to entertain people on the streets of Wickney, Wisconsin. But when the daughter of a prominent senator stumbles upon his show, he’s drawn into her world and her mother’s murder.

When Raine takes his act down to the police department with intentions of helping solve the puzzle–or, uh, the “case”–he meets the ultra-serious Detective Kennedi Craine. To his dismay, she views him as nothing more than a charlatan, but when has that ever stopped him?

Kennedi’s latest case is open and shut, more of a paperwork and media hassle than a case. Senator La Point, after all, was holding the smoking gun over his wife’s lifeless body. So, when a random guy off the street walks in telling her she’s wrong, she sends him on his merry way. At least she thinks she does. As he keeps popping up, she begins to wonder if he’s on to something. And when he broaches a situation from her past, she just can’t leave him alone.

Raine helps her solve another small case, and she starts to wonder if there might be something more to both mysteries before her.

Fabulous read for fans of the TV shows Castle and Bones. 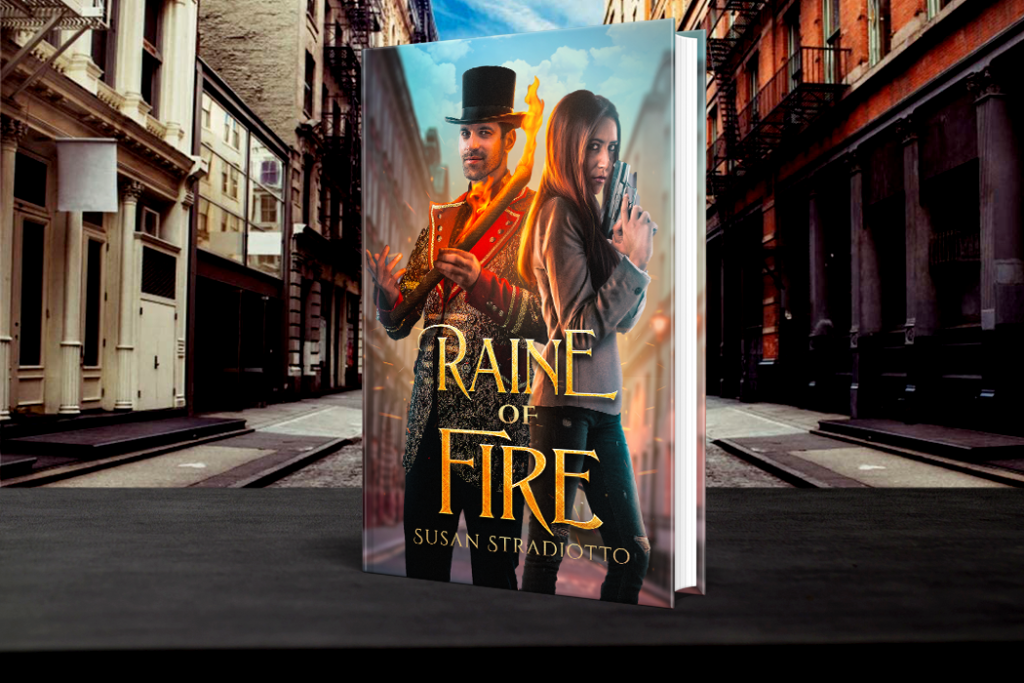 Creative Inspiration for Raine of Fire

By Susan Stradiotto, author of Raine of Fire

I find that life and sometimes the tiniest situations offer much in the way of creative energy for me. The world and characters in Raine of Fire are no exception. In truth, the book does have some little gems that crept in from my day-to-day life. I probably have no way to name them all, but I thought I would share a few in this article.

When I wrote this novel, I had recently visited Glasgow, Scotland. Wickney Square, where Raine performs, is greatly inspired by George Square in Glasgow. Many photos of that can be found here: https://en.wikipedia.org/wiki/George_Square. I took liberties with what kinds of statues were in place and the shops on the northern length of the square, but WPD (Wickney Police Department) and the courthouse are largely based on the buildings you see in these photos.

I live in a suburb of Minneapolis, and we have a bar downtown called The Local. So, I’m sure you can guess where Wickney’s Local and Local U came from. It’s namely the inspiration for the upstairs portion of the club in Wickney. The lower level could really be attributed to any nightclub you might have visited. There are some fabulous photos of the inside of Minneapolis’s Local on this website: https://www.minneapolis.org/directory/the-local-an-irish-pub/.

When I conceived of this series, my aim was to create characters in the vein of Richard Castle and Kate Beckett from the TV series Castle or Bones and Booth from Bones. I wanted it to be that kind of romantic banter that teases people into “shipping” the characters and craving the next episode to find out if they’ll ever have the first kiss or date. The one I never planned to emulate was Lucifer. In fact, I’d never watched it before I started getting reviews telling me how similar they are. I agree, but I do assure you it’s total coincidence.

Raine’s love for whiskey is greatly based on my son, who doesn’t drink but found his love for Scotch while we visited Scotland. Kennedi’s mother’s name is a family name. And her migraines, well, I suffered from those for many years.

The choice of Wisconsin for placing my fictional city was entirely random, but I once traveled to Minocqua to visit a friend and loved the area. So placing the Minocqua Mental Health Center there was because I found it quite peaceful in northern Wisconsin. 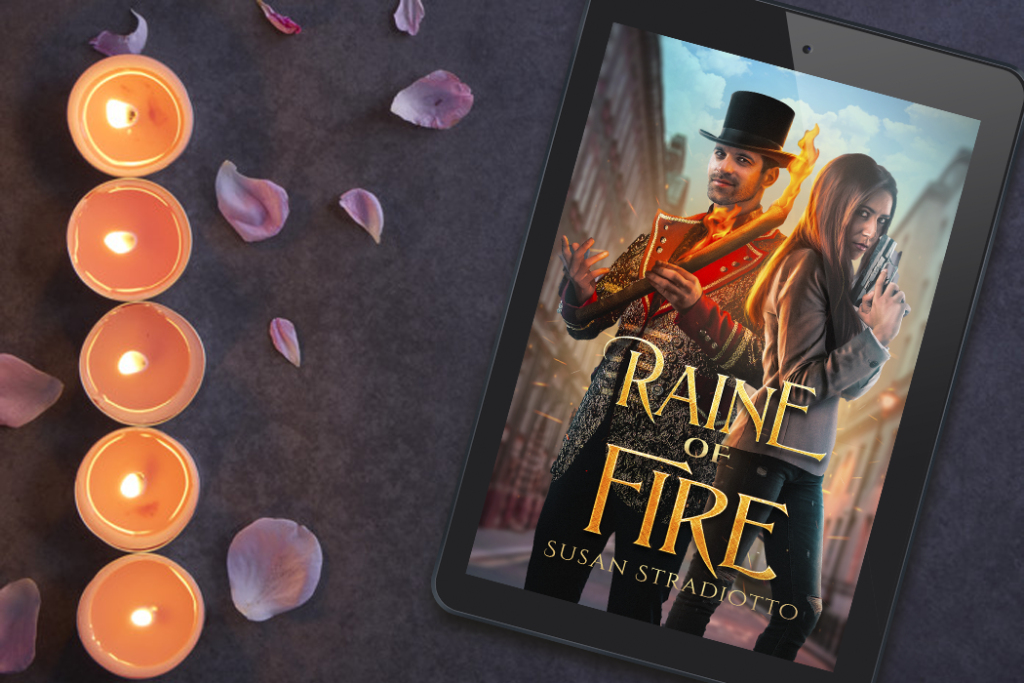 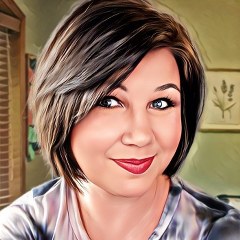 Susan Stradiotto is passionate about the written word, whether it is in her own writing or her editing practice. She is a fan of well-told stories. Susan is always searching for unique voices and stories that tell a truth. As Neil Gaiman said in his master class, “Write the truest story you can.” She believes that is what makes a story sing.

Susan is an author of fantasy and romance and has professional editorial experience with genres such as romance, memoir, mystery/thriller, cozy mystery, fantasy, and women’s fiction. She attended Capella University for her BS in Information Technology and the University of Chicago’s Graham School for her professional editing certification. She lives in Eden Prairie with her husband, a hoard of Bernese Mountain Dogs, and one Miniature Dachshund.

Aug 22
A Wonderful World of Words – GUEST POST
Girl with Pen
Momma Says: To Read or Not to Read
The Bookshelf Fairy

Aug 26
@NatilliePainter
Inside the Insanity