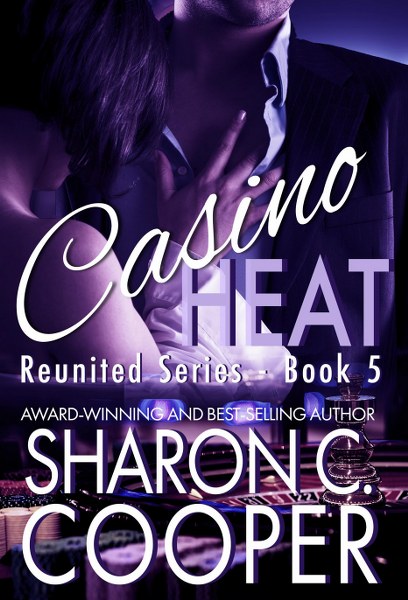 When it comes to true love, never say never…

Trust doesn’t come easy for NBA superstar Hunter Graham, especially after his fiancée married his stepbrother. Vowing to be single for the rest of his life, women and gambling have become his favorite pastimes. But when Hunter learns of his stepbrother’s death, he’s forced to deal with the woman who crushed his soul. He wants nothing to do with her, but his heart won’t cooperate.

Viviana Connelly thought being blackmailed into marriage was the worst thing she could ever experience. Wrong. Coming face-to-face with the only man she’s ever loved after betraying him is like a punishment worse than death. Hunter hates her. She might’ve made peace without him in her life, but when they are unexpectedly thrown together, their passion reignites, and the flame between them burns hotter than ever.

Hunter refuses to let vicious accusations from the media or the NBA’s claim of him having a gambling problem keep him from a second chance with the woman he loves. However, his gambling hobby might be the death of him…and Viviana, too.

Will they ever get their happy ending—or will the evil around them suffocate their love? 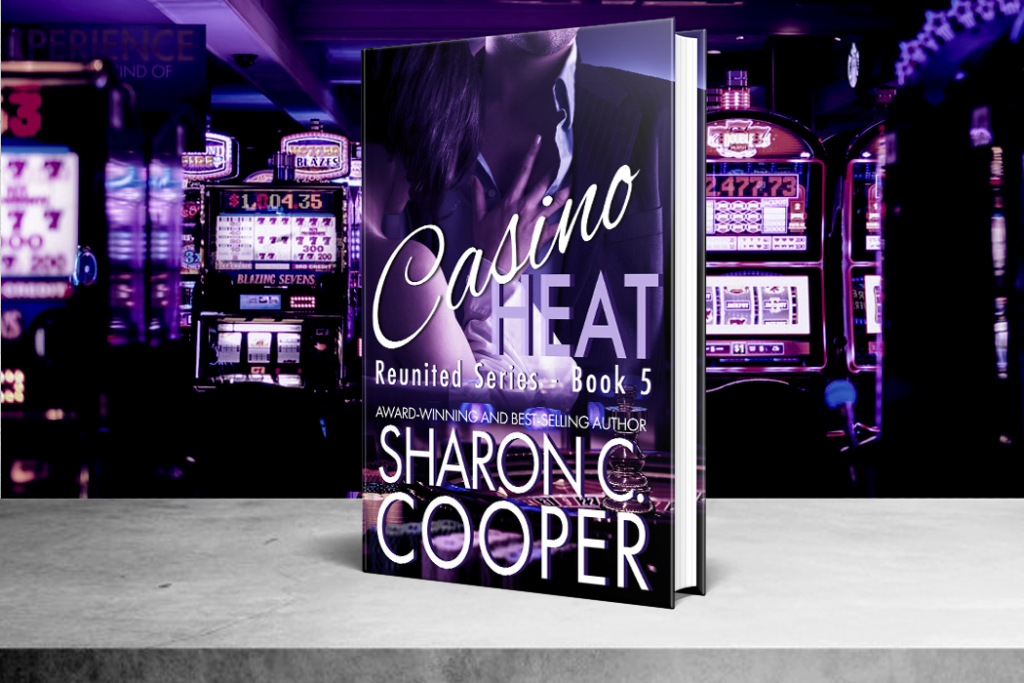 “We’ll get started. I’ll read this portion of the will before I give you the letters that Thomas left for each of you.”

Hunter barely listened as the attorney read a statement that apparently his brother had written about being sorry for what he’d put Hunter and Viviana through. He claimed that he had his reasons for what he’d done to each of them, even if they were self-serving.

Hunter grunted in disgust, and the longer he sat there listening to his brother’s words, the more he wanted to get up and walk out. But what kept him rooted in place was curiosity. His stepbrother hated him; at least that’s what Hunter had assumed.

Why else would Thomas lure Viviana away from him and then marry her?

“To my only brother and my wife,” Walter was saying when Hunter tuned back in, “I leave to you TGR Grand Hotel and Casino to be shared equally, fifty-fifty. To my wife…”

What. The. Hell. Thomas left me TGR Grand?

Had he really heard that right? The casino and hotel were easily valued in the billions. There had to be a catch. No way would Thomas treat him like shit from the time Hunter was ten years old until the day he stole his fiancée.

“Wait?” Hunter interrupted. “Back up. Did I hear you correctly? Thomas left his casino, the thing he cherished more than anything, to me? I mean, to both of us?”

“That’s correct, Mr. Graham. He also left letters for both of you.” Walter handed each of them a white envelope. “We’ve come to the moment to where he wanted you both to read your letters.”

Hunter knew Thomas. He might not have seen him in seven years, but he knew the low-down dirty dog. There was no way the man left him a casino without there being a huge catch. He probably set the whole thing to blow the moment Hunter stepped inside the place.

Hunter braced himself as he opened the envelope and pulled out the letter. He was surprised to see it actually in his brother’s handwriting.

What’s up, my brother?

If you’re reading this, that means I’m on my way to heaven. Ha ha ha. That also means that you know that I left you half of the casino. You’re probably wondering—what’s the catch? There isn’t one. Seriously. Well, not really.

I should be thanking you. It’s because of you, indirectly, that I worked my ass off to become a successful billionaire. I wanted to prove to my father that I was just as good as you. I might not have had your athleticism, but I had a good business mind that has served me well.

I’ve been doing a lot of soul-searching this past year, and believe it or not, for the most part, I’m sorry for what I did to you and Viviana. I’ll admit that I’ve always been angry and a little jealous of you. My father and I never had a super-strong bond before he died, but before you came along, we at least hung out. But then you showed up with basketball skills that could rival someone twice your age. I ain’t mad at you for that, but I hate you for taking my father from me.

You were everything I wasn’t in his eyes—tall, good-looking, and a future NBA star. Your love of sports and athletic abilities bonded the two of you and destroyed anything he and I had. Which was why I took something—or should I say someone—you loved. She was way out of your league, anyway.

Now that I’m gone, you can have Viviana back. She served her purpose. Good luck with that, though. Assuming you’ll ever be interested in her again, she probably won’t give you the time of day. Not because I’m the better brother, though I am, but because your stupid ass has a gambling problem.

Ha ha ha. Yeah, I know about that. The gambling world is small, my brother, and word on the street is that you’ll probably end up broke since you bet on everything. The stupidest things…

Anyway, Viviana will never want you mainly because of that. I wish I could be there to watch her crush your spirits again. I guess I’ll just have to watch from the sidelines. Oh, and good luck with that trifling mother of hers. I wouldn’t be surprised if after seven years, Chandra starts showing her face again.

Enjoy the benefits of owning a casino. It has served me well.

Hunter’s heart was beating so fast and hard, everyone in the office could probably hear it. He hadn’t realized he had balled the letter up in his hand, but when he noticed he had, he tossed it on the attorney’s desk.

“Sell my half of the casino as soon as possible. I want my inheritance in cash,” he blurted, and jerked out of his seat, causing the chair to fall backward. He stormed out of the office, wanting nothing to do with anything that once belonged to Thomas.

And that included Viviana. 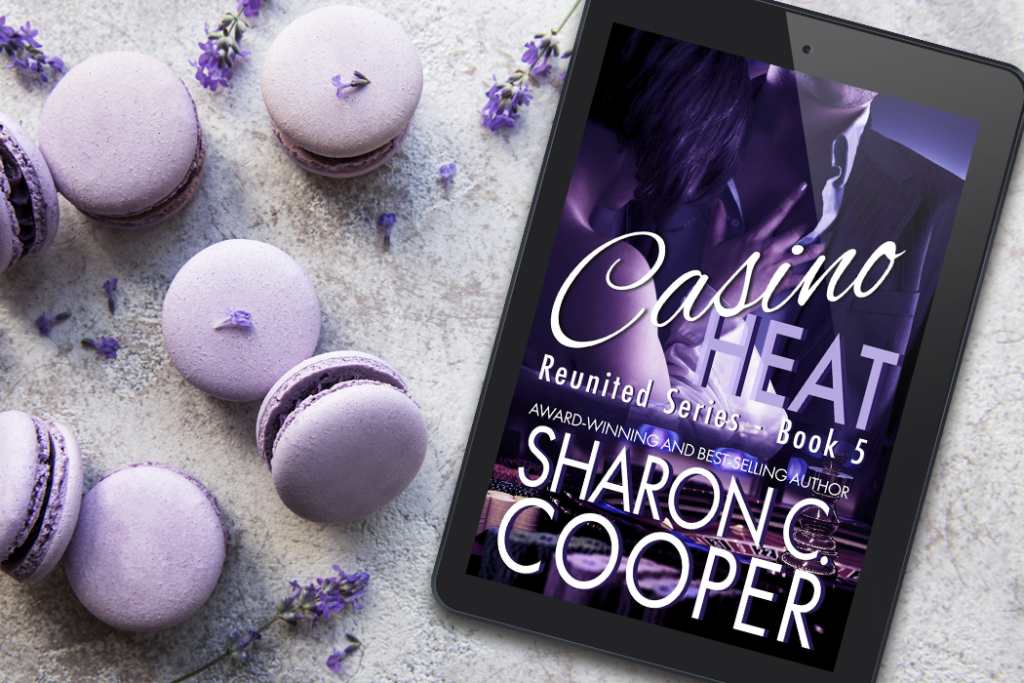 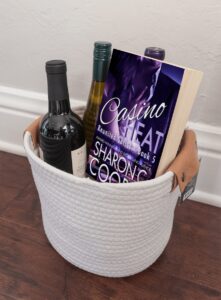 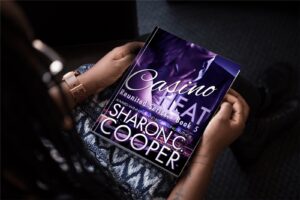 USA Today bestselling author Sharon C. Cooper loves anything involving romance with a happily-ever-after, whether in books, movies, or real life. She writes contemporary romance, as well as romantic suspense and enjoys rainy days, carpet picnics, and peanut butter and jelly sandwiches. Her stories have won numerous awards over the years, and when Sharon isn’t writing, she’s hanging out with her amazing husband, doing volunteer work, or reading a good book (a romance of course). To read more about Sharon and her novels, visit www.sharoncooper.net

Aug 13
The Bookshelf Fairy
Lady Hawkeye
Momma Says: To Read or Not to Read
❧Defining Ways❧