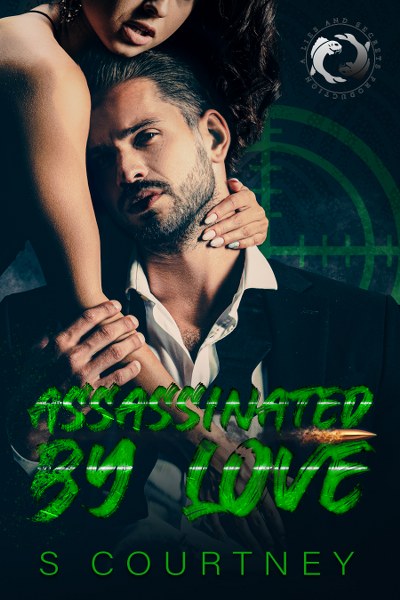 Ember (Emmy)
Why am I on a site like this?
Simple, my roommates.
My real life is a façade
I want to be told I’m a good girl
To be disciplined when wrong
To explore all my curiosities
I want to be the perfect submissive as much as he wants to dominate me
But there’s something he’s hiding
How can I trust him as my dom if he can’t trust me with who he is?

Colin
Colin, that’s who I am today
A persona that isn’t even real
Locked the real me away before my first kill
After almost 20 years of pulling the trigger, I think about life on the outside
And it starts with this website
I thought it was all wrong until I met her
She’s what I want as a submissive
We are learning this lifestyle together
Until she wanted to know more about me…
How do I make her understand?
If something happens to her, I’ll set this world on fire 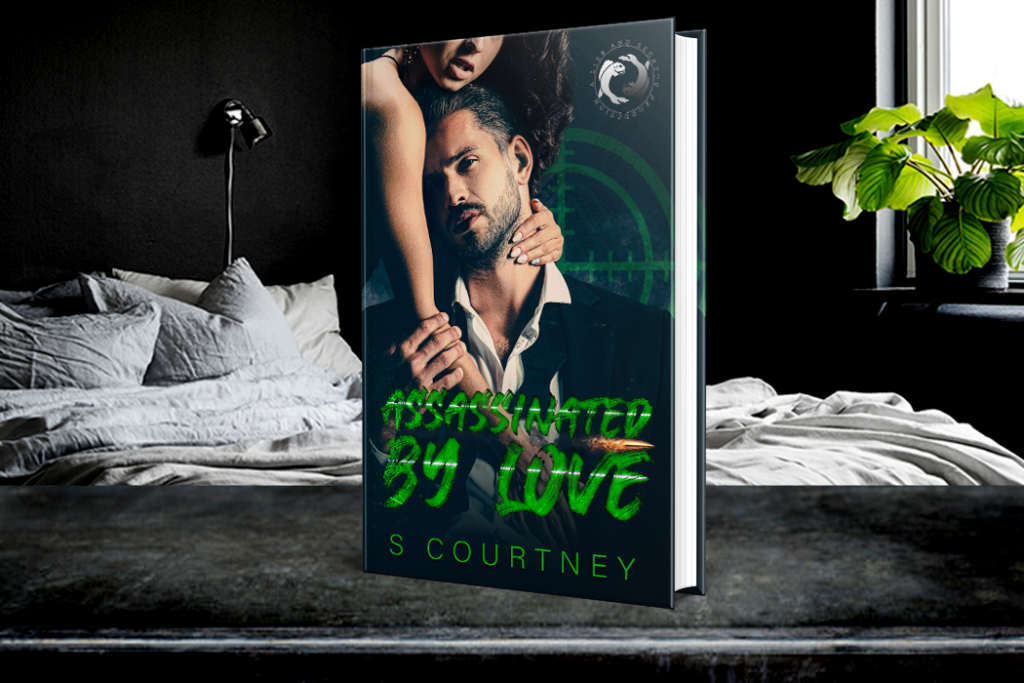 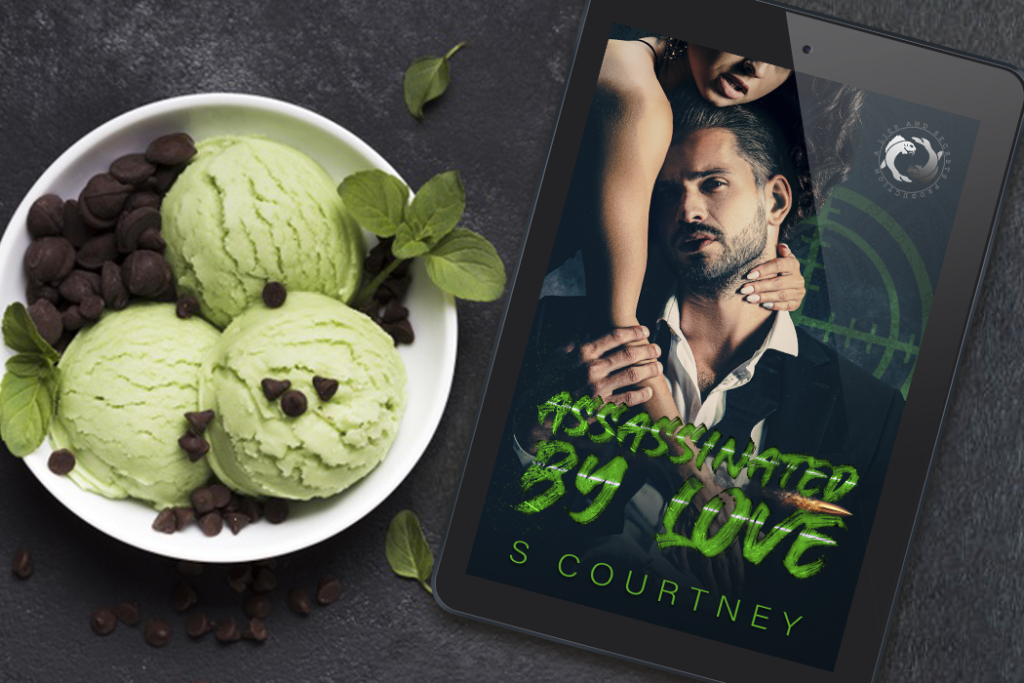 I had to remember that I was here on a recon mission. Jimmy Gregarno had made quite a name for himself in the short time he moved his business to the greater Miami district. He was gaining power almost instantly by offering a better product than his competition, causing a power shift. A few of those competitors who didn’t willingly side with Jimmy seemed to have disappeared. Additionally, to the disappearance of his rivals, there was intel he was running some dark operation, but info was little to non-existent. The only ones that knew the details were Jimmy and his closest men. Finding out exactly what it was is my assignment.

I had another hour before I would walk into the club as another patron celebrating the weekend to get eyes on Jimmy. I was able to crack the security cams for the club; it was Fisher-Price level. I spotted Emmy and some guy grinding against her in the VIP section.

Who the fuck is he?!

I zoom in. She nudges him and smiles, a drink in her hand. He is way too close and comfortable to be some random stranger. Matter of fact, he looks like the ex from the newly added profile picture. By the way he was dancing and touching her, watching her curves brush against him, it was clear he wanted to reclaim her. And she was playfully pushing him away but not in a serious manner. Judging by her dress, she was looking to get into a whole lot of trouble. Little did she know she was going to get it…from me. I’ll spank her ass until it’s as red as a stop sign and she’s dripping wet with arousal. I’ll keep her on edge until she’s begging me to cum. I couldn’t wait to get my hands on my disobedient little pussy cat.

I slip on my suit jacket and head out to Sinners.

As much as I am aroused, I’m also ticked off. I don’t understand?! Was she trying to rile me up on purpose? Because she succeeded. This was a bit of bratty behavior, but it wasn’t as off-putting as other girls and it wasn’t to the level of super brat, I had caused her to act out.

I realized that if some drunk punk wanted to be stupid and pick a fight with me at the club, I would probably break his fingers and compound fracture his arm within the blink of an eye. I was in no mood.

I stroll up to the 2nd level of the club, giving me a bird’s eye view of the entire venue. I haven’t spotted Jimmy yet, so I’m observing the typical crowd filled with college kids, probably some underage, and the 25-35 crowd. I may be older, but I look like I could still fit in. I sip my bourbon while eyeing all the young women who sexily move their bodies to the beat, yet none of them compared to Emmy.

I keep my eye on her while trying to complete my mission. I take the required photos for the agency and make some notes about Jimmy’s behavior and any information I could get on his secret operation. I wasn’t there to kill him, but the ex with his paws all over Emmy may disappear tonight! 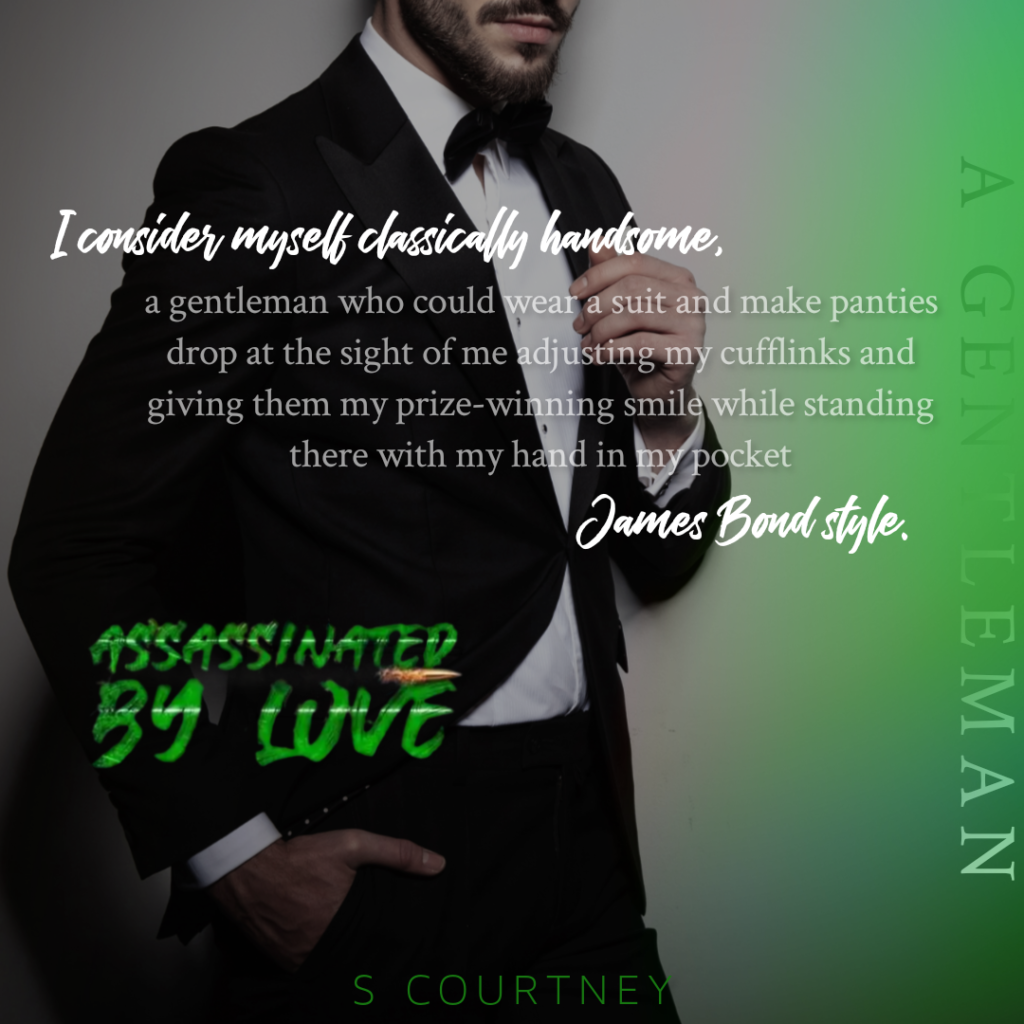 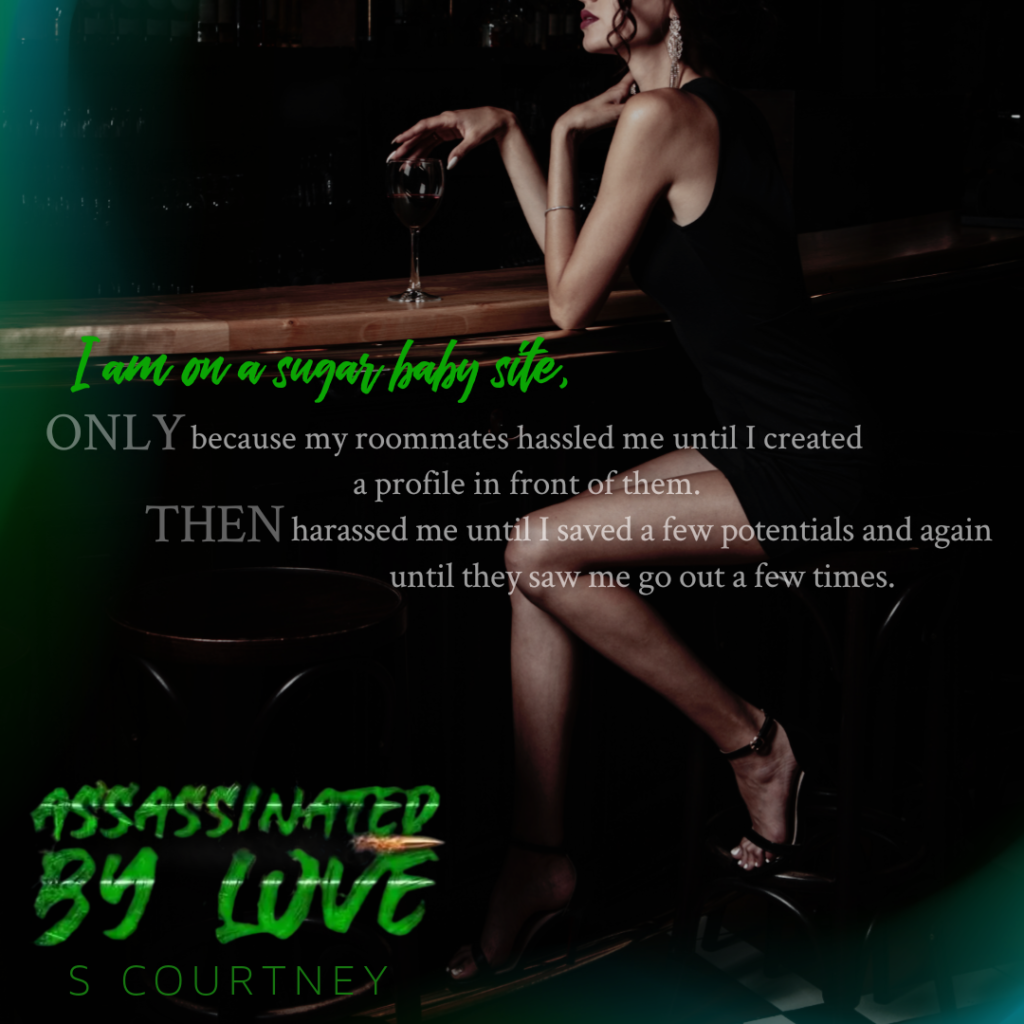 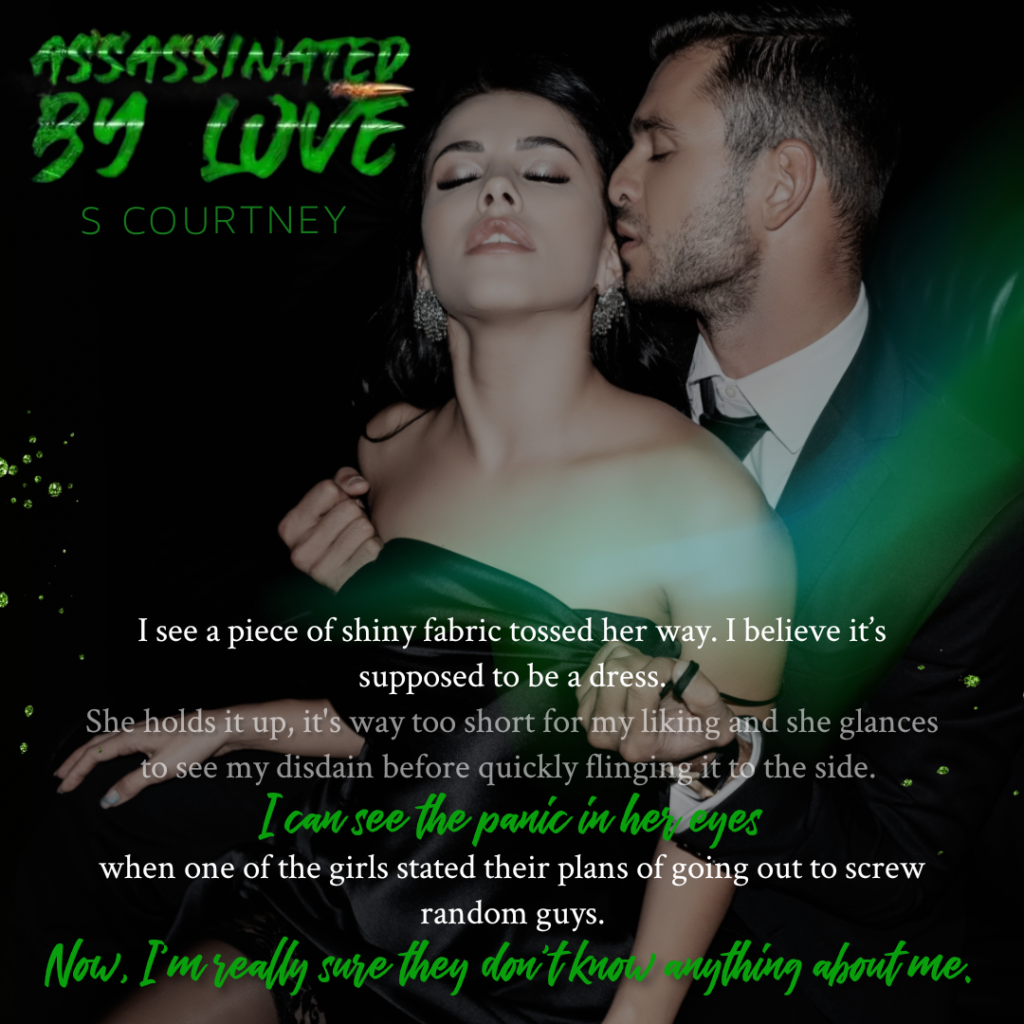 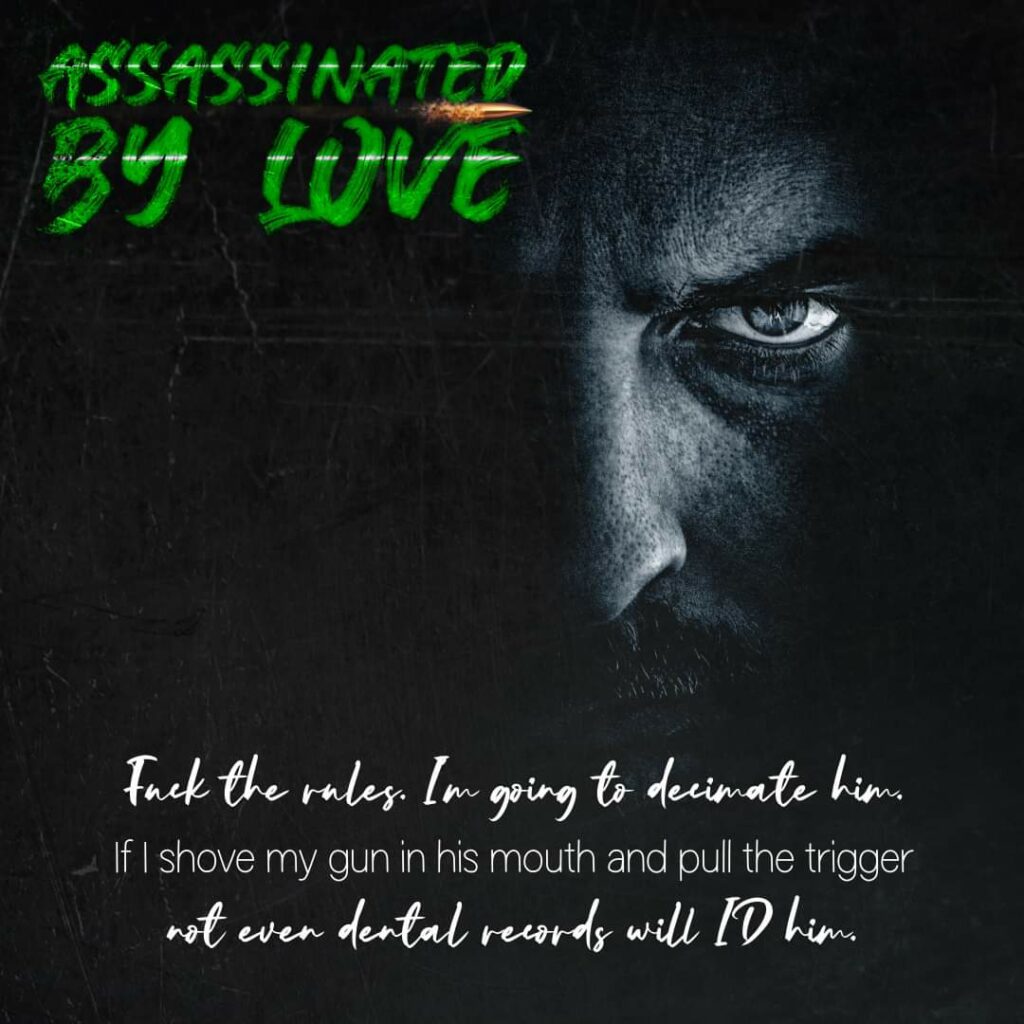 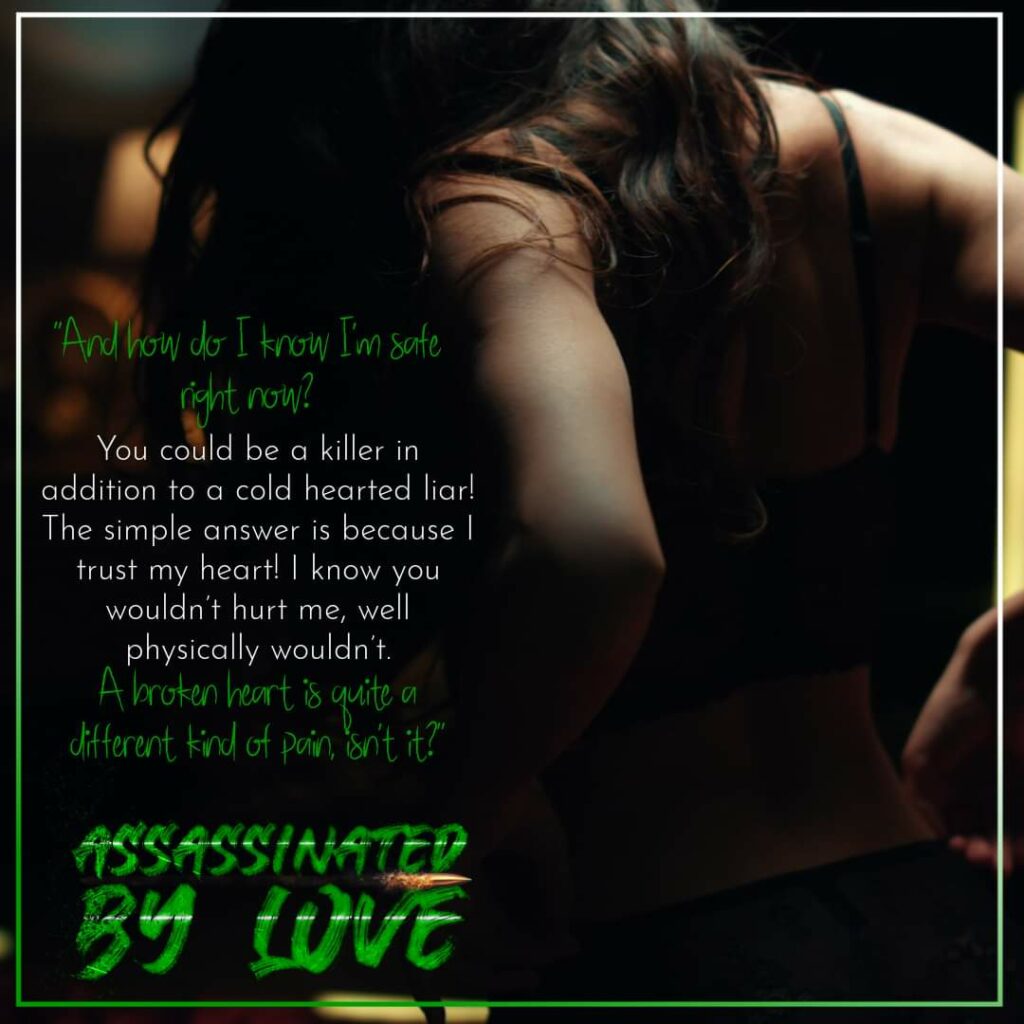 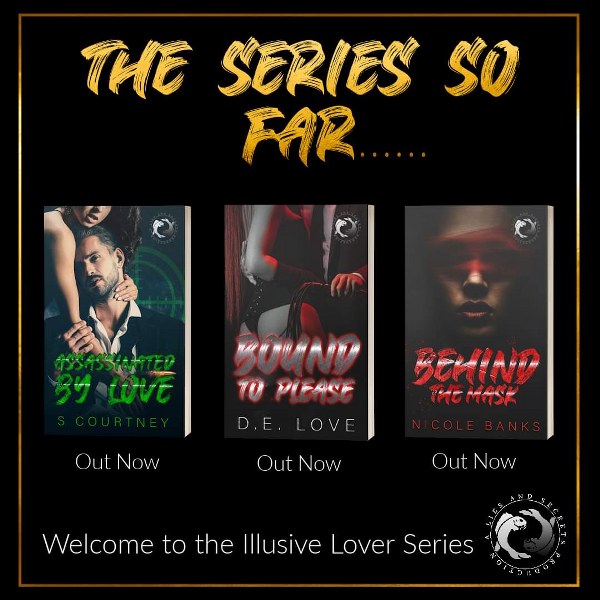 S Courtney is new to the published writing community but has been a lifelong writer and began creatively writing in junior high.

She is the author of the paranormal romance, the Bound Series, which includes Bound to You, Bound by Destiny, and Unapologetically Nessa which are available on paperback and kindle.

She is also the author of her contemporary romance, the Black Aces MC, a motorcycle club romance and the Sandman, a dark, slow burn paranormal romance.

Tell us something really interesting that’s happened to you!

On a whim, I sent my book to an artist whose music has been the muse of many of my stories. Our fan club was sending him a care package from the U.S. to the U.K. One day, it clicked to send it. I pondered for a couple of days and then asked my best friend. She said absolutely. So I signed it and sent a note of how his music influenced me. When he went live on IG, he held up my book, and I screamed while screenshotting. I saw him in person at a concert; he remembered me and the book and said he would read it when he got the chance.

What are you passionate about these days?

About releasing more books, not because I have to, but because I realize that I want to offer a larger variety and the stories are there and written. I have at least 6 half-ready stories in the vault. So, time to work a bit harder.

Describe yourself in 5 words or less!

Which of your novels can you imagine made into a movie?

I think they all have a chance, but honestly, I think the Bound series would take off quickest because it has magic, werewolves, betrayal, lies, and an awoken species. It’s just interesting and lets the imagination run wild!

As a writer, what would you choose as your mascot/avatar/spirit animal?

This is easy, a werewolf; although Phoenix is my male character’s wolf, he would be my perfect mascot. He’s silly, blunt, and carefree like me. I have had so many people tell me how much they love Phoenix and his silliness.

I was asked to participate in an anthology and the theme was catfishing. I wanted to think outside the box.

Do you have any “side stories” about the characters?

Colin actually has a free, before story called Before Assassinated by Love, it’s the story of how Colin came to be an assassin. The story is available on my S Courtney Author Page.

Can you tell us a little bit about the characters in (Name of book)?

Emmy is a girl straight out of college waiting to get in an exclusive program for her degree. She wants to explore her curiosities with the right man.She’s convinced to join a sugar daddy site by her roomates. She wants to be spoiled by her daddy, if she can find the right one.

Colin is a man with a dangerous job, who did his best to separate his old life from who he is now. So much so it’s like he’s assumed a new identity…

His best friend convinces him to join a sugar daddy site. He wanted more, he wanted to find someone who basked in his attention, that he could love and support. He needed his kitten. But, if he finds her, who does he introduce her to?

I had a short story written on Wattpad and I took the idea and created this story.

Where did you come up with the names in the story?

I keep a running list of names, I find influences everywhere and a terrible memory so this helps. Every character name has been from that list.

Do your characters seem to hijack the story or do you feel like you have the reigns of the story?

Definitely hijack the story. I am just the writer, they tell me what they want to happen. Sometimes they hold it hostage too especially if I work on more than one at once. I have jealous characters.

If your book had a candle, what scent would it be?

Actually all my books have wax melt scents. Colin’s is pipe tobacco and cashmere, a wonderful masculine blend.

Do you read yourself and if so what is your favorite genre?

I can read just about anything, the answer is what can’t I read, which is probably historical pieces.

Do you prefer to write in silence or with noise? Why?

Music is mandatory! Silence is too loud, if that makes sense plus music sets the mood to the stories.

Do you write one book at a time or do you have several going at a time?

I prefer to torture myself and work on multiple WIPs at once. Currently working on three, book #4 of the series, a Christmas anthology, and the rest of the MC anthology I participated in.

What is your writing Kryptonite?

Social media. The ease of wandering towards my phone to surf the web is overly tempting. Most of the time promoting my books and trying to stay relevant. Or if I am procrastinating I usually am cleaning or doing a DIY project for the house.

Do you believe in writer’s block?

We should say it doesn’t to give it less power but yes, it exists, in many many formats. I don’t force it and usual do the cleaning or a DIY until my characters decide they want to talk to me again.