In the 1960s, a relentless school bully makes Catherine’s life a living hell. She retreats inward, relying on a rich fantasy life––swinging through the jungle wrapped in Tarzan’s protective arms––and fervent prayers to a God she does not trust. She fasts until she feels faint, she ties a rough rope around her waist as penance, hoping God will see her worthy of His help.

As the second of eight children, Catherine is Mommy’s little helper, and like Mommy, Catherine is overwhelmed. The bullying and the adult responsibilities together foment her anger. She starts smacking her siblings, and becomes her younger sister’s nemesis. Spooked by who she is becoming, Catherine vows to escape for real, before she hurts someone—or herself.

Catherine finds salvation in a high school exchange program: new town, new school, new family, new persona. A passport celebrity. In New Zealand, nobody knows her history or her fears. Except for her Kiwi “mum,” who sees through Catherine’s façade and pulls her out from her inner safe-house.

Exposed, her sense of self implodes. Catherine must finally rethink who she is. 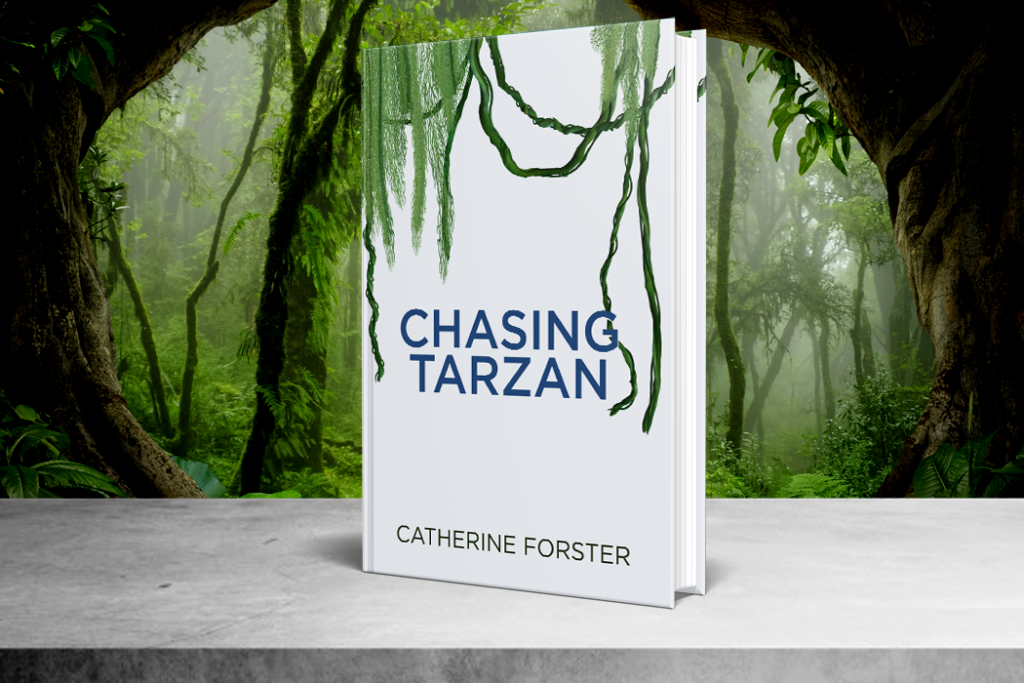 “Next,” Sister said, pointing her pencil at me.

We were stuck in mindless review, Sister hammering fifth-grade math back into our vacant summer heads. I was ready for sixth-grade material, but she wasn’t––not yet. Stepping up to the blackboard, I grabbed a long piece of chalk, turned around, and faced her. She paused before announcing my challenge, and I could tell she was thinking up a hard one.

I wrote the problem on the board and drew a line under it.

Pressing on, I worked the problem in my head: Two times six is twelve, carry the one. I wrote two under the six and put a notch above the four, letting Sister see before I moved on. I stayed put while she moved to the back of the room. Hunter watched her decamp, too.

“Give it up, Retard.” His voice was still a whisper, but it was louder, everyone up front must have heard the offensive word: his favorite term for me.

Two times four is eight, plus one is nine.

“Piggy, I can’t see the blackboard. Your fat ass is in the way.”

It was time to liberate a dependable fantasy, one I could inhabit and do math. I focused on the numbers and the jungle beyond the blackboard. Blades of grass suddenly slashed my arms and legs, but I kept running, hurling through the bush, and resisting the impulse to look back. The barrage behind me was deafening. The ground shook, tripping me up, but I forged on.

Two times five is ten. Four times six is twenty-six, no twenty-four. Carry the two. Place the four under the two. No. Dammit. Four under the four.

He was gaining on me. I could smell him. A sharp object wedged deep in the ball of my foot but, I ignored the pain. Each pounding on the ground forced the offense deeper, but I didn’t let it slow me down. My eyes were locked forward; there was no looking back and falling was not an option.

Four times four is sixteen, carry the one. Oops, sixteen plus two is eighteen. Four times five is twenty, plus one is twenty-one.

“Hurry up, stupid. I’m tired of looking at your fat ass.”

Something was moving in the bush just ahead. A hiss pricked my ears. Standing perfectly still, I eyed the cobra. Its tongue slithering in and out of its mouth, preparing to strike––

“Can anybody see around that ass?”

Trapped between a crazed rhino and a deadly cobra, sure to be poisoned or crushed if I stayed put, I pivoted right. The cobra lurched, fangs inches from my face. The adder’s head launched into the air, thanks to Tarzan’s blade. The snake’s headless body writhed as if trying to escape, only to be trampled by the enraged rhino. It happened so fast, I didn’t feel Tarzan swing me up into the trees. Grinning, he wiped the machete on a leaf, leaving behind a gooey red smudge.

Bring down the two, four plus nine is thirteen, carry the one, eight plus one is nine, one plus one is two … 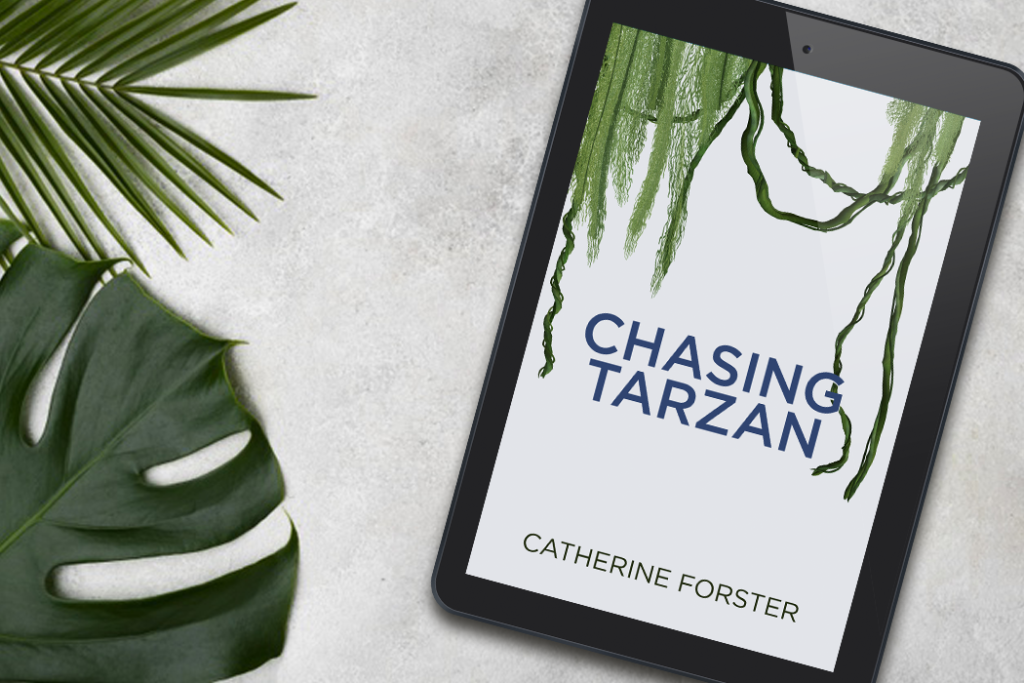 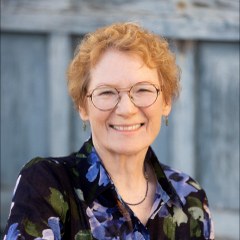 Catherine Forster is an artist, filmmaker, and writer living in the Pacific Northwest … at the moment. Her work and love of travel have led her to six continents, including Sub-Saharan African, the source of her childhood fantasies. She still holds a fondness for Tarzan, but when trekking in the bush, hiking mountain trails, or exploring a new city, she prefers the company of her beloved husband Kevin.

Aug 12
@NatilliePainter
Inside the Insanity
The Bookshelf Fairy

Aug 16
Craving Lovely Books
Momma Says: To Read or Not to Read