Book Blitz ~ A Voice In the Silence by D.L. Finn (Spotlight with Excerpt & Guest Post + Giveaway) 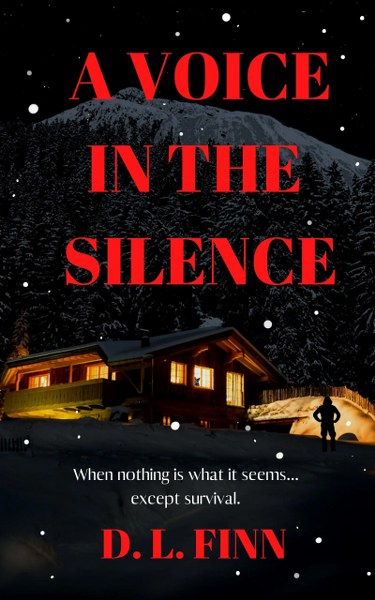 A Voice in the Silence

Drea Burr has experienced more than her share of loss when a stray dog, cat, and rat enter her life. Although the animals start to mend her broken heart, there is something very unusual about them. During a snowstorm, Drea discovers a chilling set of footprints leading to her front window. Both the police and a ghostly messenger warn her about a killer stalking widows. Help comes from her late husband’s best friend, Adam Hale. As the two try to discover answers, more questions arise— about a killer, ghosts, and animals experimented on in a lab.

Can Drea and Adam survive the threats coming from so many directions and save themselves and the animals they’ve grown to love? Or will more tragedy destroy her second chance at happiness? Find out in this thrilling, cozy paranormal adventure. 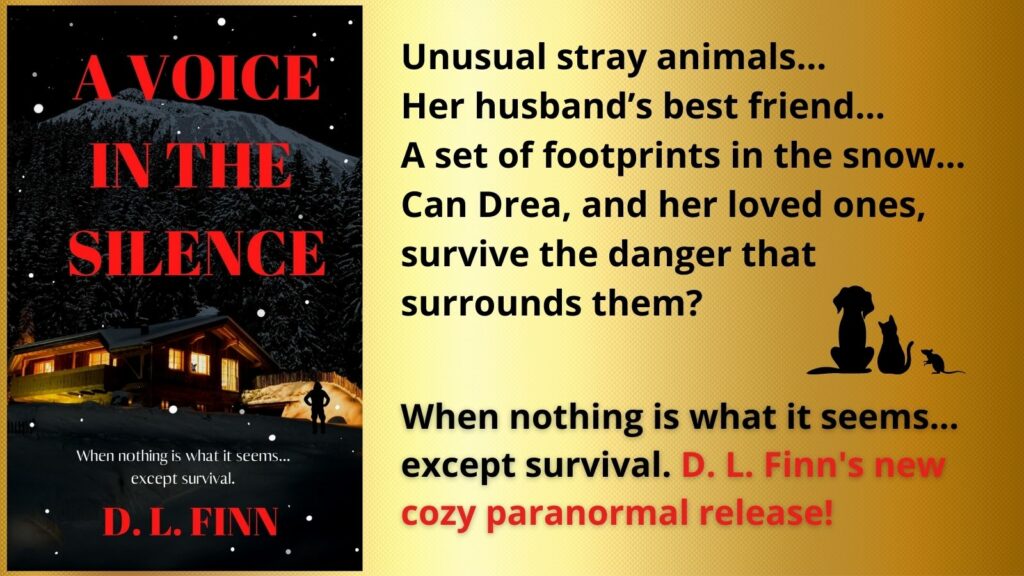 A slight breeze wove through the pine trees, making them sway to nature’s song, but Drea and the dog didn’t join in the flowing movement. Instead, they maintained a tense pose, as if studying each other from a safe distance.

Drea made the first slow movement of setting her newspaper down. “Are you lost?”

The beautiful brown eyes pulled her in. It was like they could peer into her soul. There was no threat or fear in those eyes as the fluffy dog sat down. Encouraged, Drea stepped back into the garage and grabbed the pink leash and collar still hanging on the wall. The dog watched her every move with a slow tail wag.

A can of dog food she hadn’t donated to the shelter yet caught her eye. “Hungry?”

It wagged its tail harder.

She opened the can and shook the smelly chunks onto a white paper plate she kept under the cans. Holding the offering, she moved cautiously to the dog. Using a soft tone and a smile, she kept moving forward. “It’s okay. I won’t hurt you.”

The dog blinked and nodded as if it understood her. The sun fully abandoned the sky, leaving behind the encroaching darkness lit by a half moon. But the sadness that had weighed her down seeped out into the night with each step she took toward the pup. She wished she’d brought a flashlight, but the evening offered its remaining luminescence. Soon she was within a foot of the dog. The posture and build indicated a golden retriever mix like her Lady, but this was a male, and he was beautiful.

“I don’t recognize you. I know all the neighbor’s dogs. You have a home?”

The dog blinked and shook his head as her feet crunched through the dry pine needles. The sound reminded her of when Robbie would place bubble wrap on the ground and gleefully jump on it. She would clean them up—tomorrow. As she got closer, the dog’s condition was more apparent. He hadn’t eaten in a while.

“Here, this used to be Lady’s food. I lost her a little while ago.”

He licked his snout as though he understood. Smart dog.

“No collar. Maybe you have a chip.”

She set the food down and backed away. He lunged toward the plate and wiped it clean in seconds, then sat down, licking his chops. She inched her way toward him. Each step toward the mutt brought him closer to her heart, which was beating like she’d run a marathon. She slowly reached out and rubbed his fur. The dog didn’t flinch. In fact, a small sigh escaped him. Drea gently searched for injuries. Other than a small gash on his neck, he appeared healthy and wasn’t afraid.

“You must have someone who loves you. What happened?”

She wished the dog could answer. 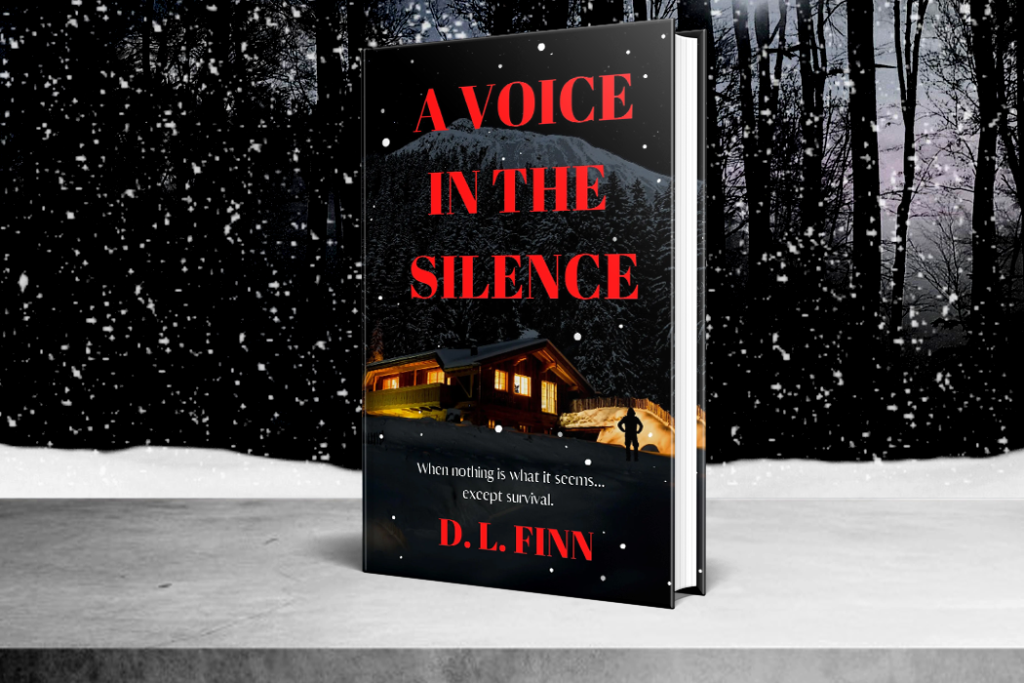 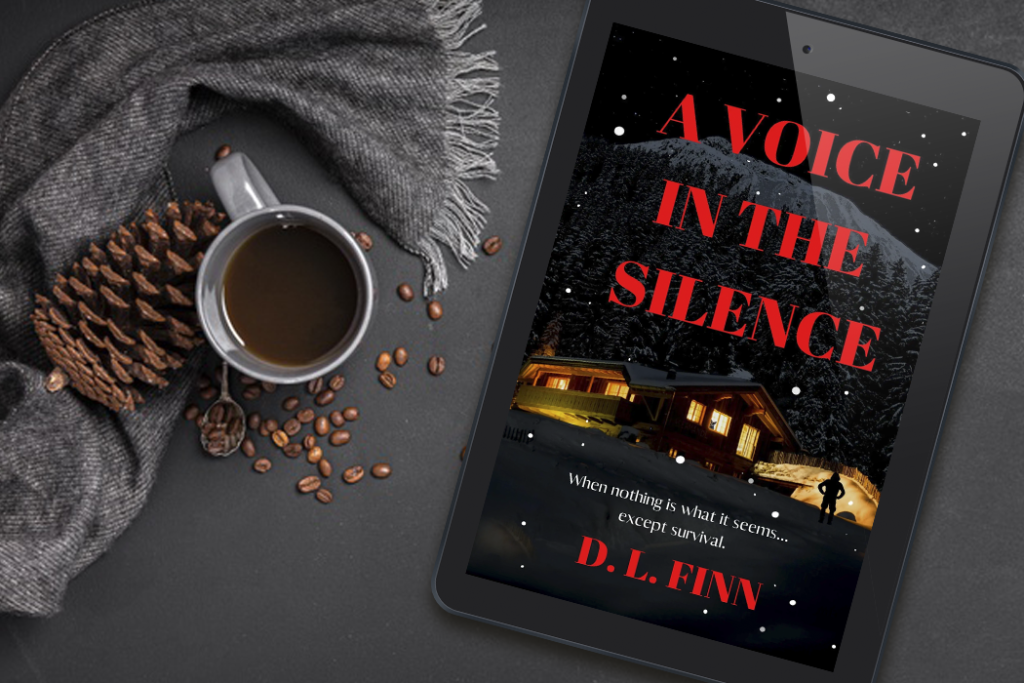 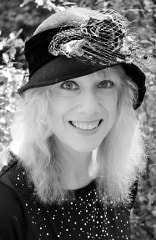 D. L. Finn is an independent California local who encourages everyone to embrace their inner child. She was born and raised in the foggy Bay Area, but in 1990 she relocated with her husband, kids, dogs, and cats to Nevada City, in the Sierra foothills. She immersed herself in reading all types of books but especially loved romance, horror, and fantasy. She always treasured creating her own reality on paper. Finally, surrounded by towering pines, oaks, and cedars, her creativity was nurtured until it bloomed. Her creations include adult fiction, poetry, a unique autobiography, and children’s books. She continues on her adventure with an open invitation to all readers to join her.

When writing about the cats in A Voice in the Silence, I channeled all the kitties I’ve had the luck to share a home with. The first cat I brought home to live in the forest was a fluffy gray kitten who was being given away at the grocery store. Winter loved toast and to sit by my husband while he played his guitar. A couple of years later, another gray kitty found her way to our house from a retail store giveaway. Thunder was the first cat to get stuck in a tree and need a tree climber to get her down. My youngest daughter brought home a maine coon-mix, Stormie. He was the protector of all cats and our 175-pound pup, Bear, was afraid of him. Alice, the hunter kitty, was born on Valentine Day and the subject of many poems.

These cats now rest in the forest they so loved, but we still have a full house of kitties. Rupert is our gray-tux that we inherited from our oldest daughter and is our mother cat to all the other cats and any wildlife he finds. Chester, our brown tabby, was a feral kitten that I caught after his mom was killed. Coco is a big panther kitty who loves humans and acts more like a dog than a cat. Then, there are Zuzu and Luna, our two youngest. Zuzu is the definition of a curious cat—if there is a loud noise or something falls, it’s her. Luna loves her boxes, plastic, and for my husband to play music.

Janie, the black cat in the story, has many of Luna’s mannerisms, but all my kitties are in there somewhere—along with a few tiny additions.