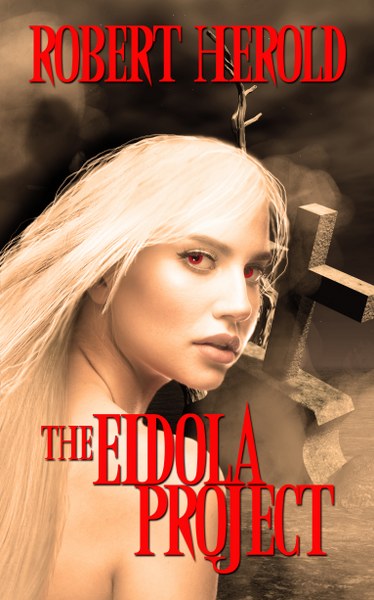 A gothic version of the X-Files. The Eidola Project is a 19th century team of ghost hunters who become ensnared in a deadly investigation of a haunted house.

They are a psychology professor, his assistant, an African-American physicist, a young sideshow medium, and a traumatized Civil War veteran, each possessing unique strengths and weaknesses. Will any of them survive?

Sarah retrieved the lamp and twisted the peg. The outhouse door swung open on its own, and she gasped.

“Momma?” Sarah asked as she held out her lantern. No. A ruined version of Molly stood in the doorway.

Before her disappearance, people often commented on the sixteen-year-old’s beauty, but in the last twenty-eight days birds pecked out her pretty blue eyes, and maggots now swam in the sockets. Molly’s head hung to the left at an odd angle. Her skin looked mottled with patches of gray, blue, and black. A beetle crawled out of Molly’s half-opened mouth and darted back in.

Sarah’s heart leaped to her throat, and she jumped back. She lost her footing, fell onto the outhouse seat, and dropped the lantern to the floor. She bent to retrieve it; thankful the glass globe did not break. Sarah looked up and saw an empty doorway.

Impossible, she told herself. Must’ve dozed off, had a nightmare, and woke up when I dropped the lamp. Her heart still pounded in her chest, and Sarah took a deep breath to calm herself.

Holding the lamp before her once more, she crept out… 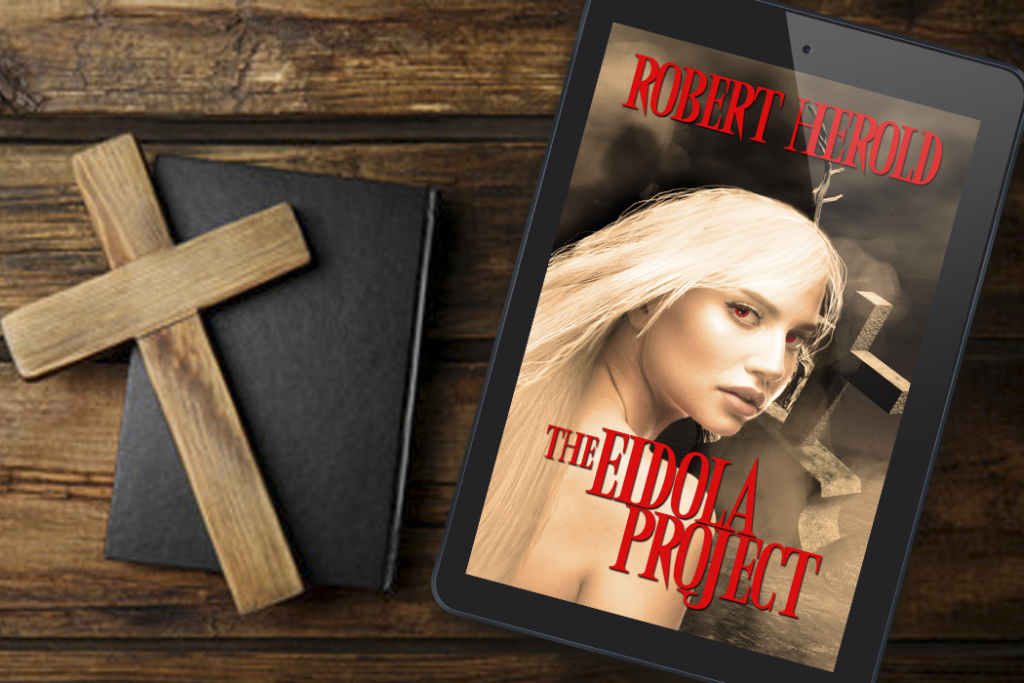 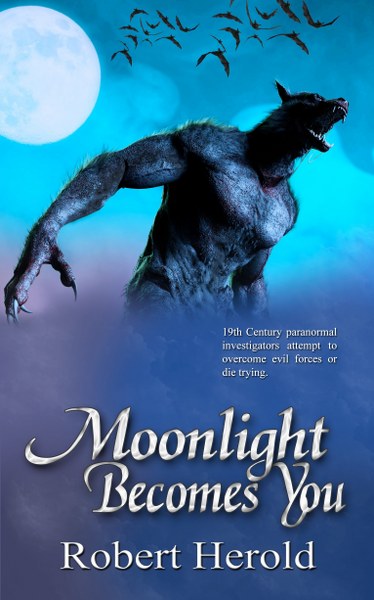 The Eidola Project travels to Petersburg, Virginia, to investigate a series of murders in the Black community—rumored to be caused by a werewolf. Once there, danger comes from all quarters. Not only do they face threats from the supernatural, the KKK objects to the team’s activities, and the group is falling apart. Can they overcome their human frailties to defeat the evil that surrounds them? 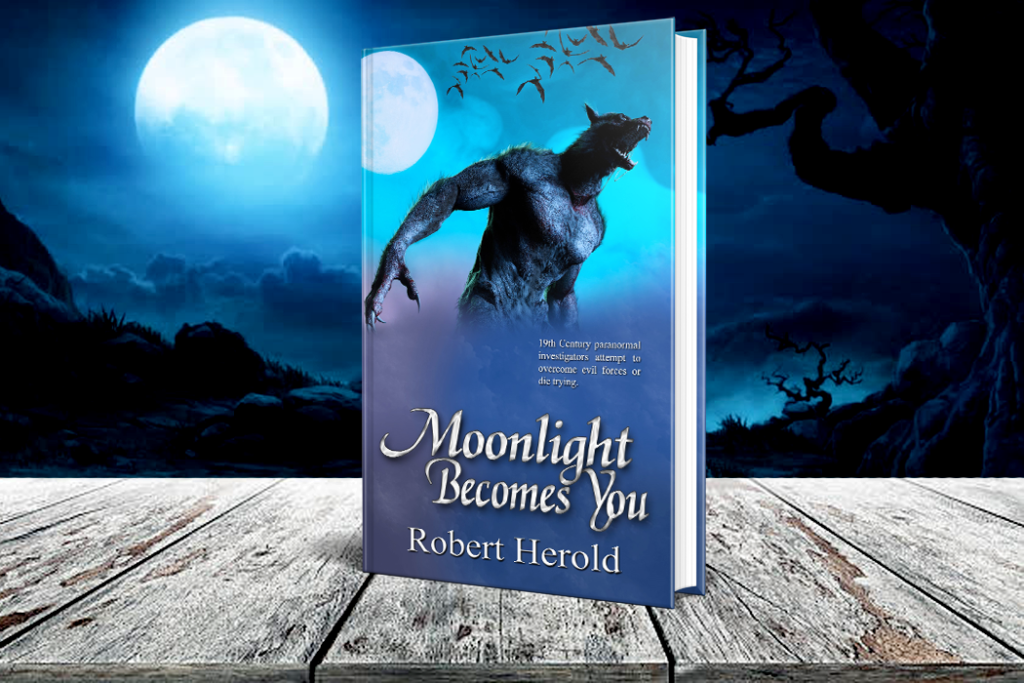 Doc Curtis fought for every reserve of strength and managed to quicken his pace. He could hear them shouting behind him and dared not look back, fearing it might slow him just that much more.

He made it through the field and emerged onto a rough access road running between the cultivated land on one side and the woods on the other. The doctor dashed across the dirt road and through the weeds and scrub bordering its opposite side. The trees stood twenty yards ahead. He would make it, find a thick trunk to hide behind, and fire a warning shot. If he could drive them off, it would be best. If not, he would do what needed to be done. Life had reduced itself to its most basic terms: kill or be killed.

Just five yards from the trees, a gigantic black beast bounded from the woods and landed before him. The doctor skittered to a stop, and his feet went out from beneath him. The creature stepped closer, looming. Its eyes glowed red, and the skin around its muzzle drew back, revealing a mouthful of sharp canine teeth.

The Klan had come at him in two directions, the doctor realized.

He raised his pistol and fired into the snarling face above him. 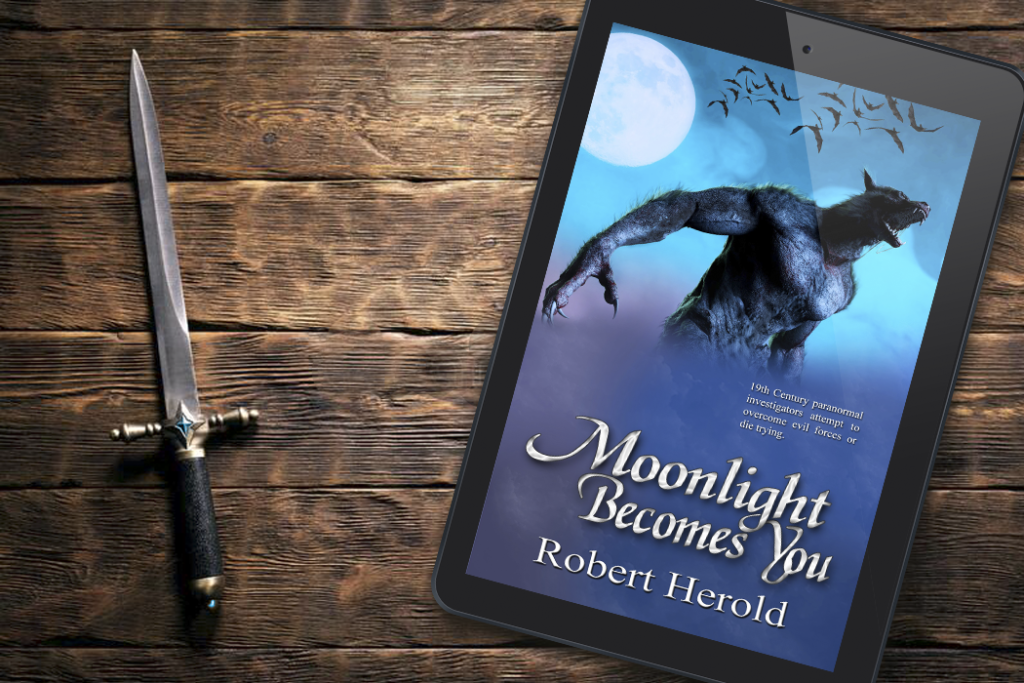 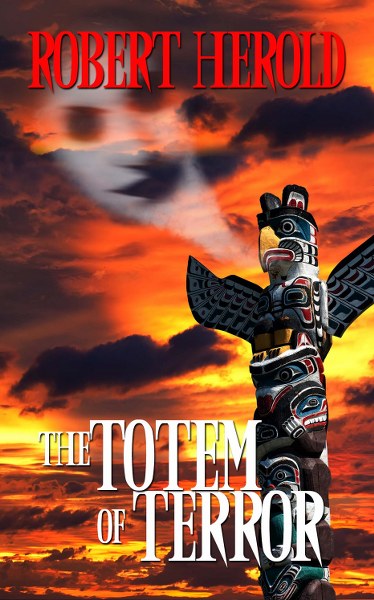 The Eidola Project, a team of 19th Century ghost hunters, have been tasked with trying to stop a deadly shapeshifting demon attacking the native people of La Push, on the Washington Coast. The team brings their own demons with them, in the form of drug addiction, a werewolf’s curse, and being in mourning from the death of a loved one. Can they rise to this new challenge, or will they face they same grisly end as the shapeshifter’s other victims? 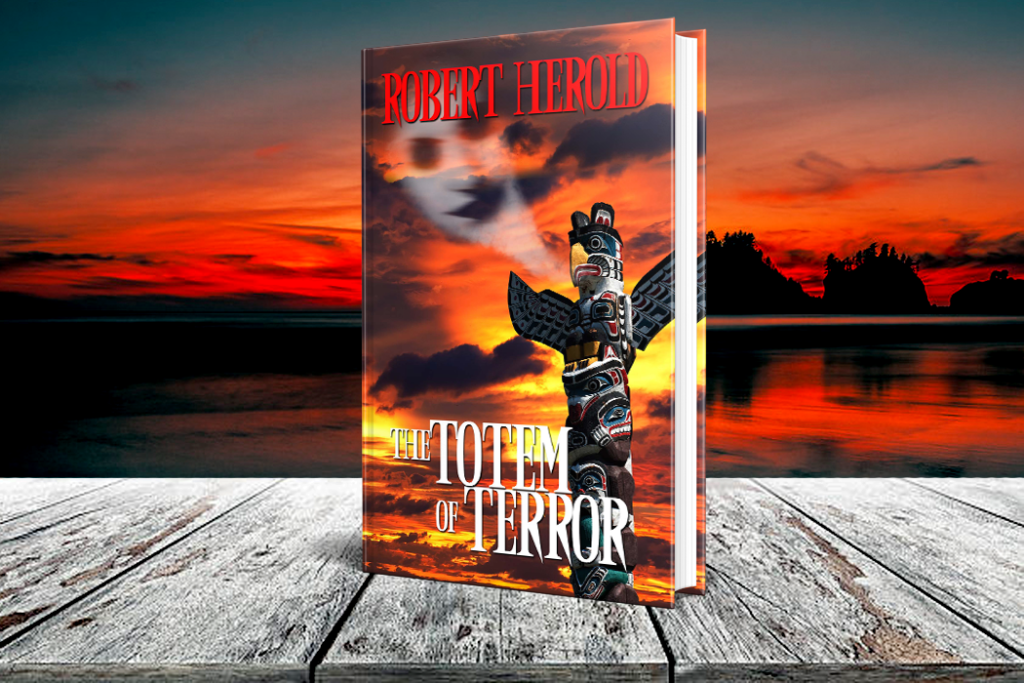 “Mother!” Kitichid’s voice sounded almost seductive. The girl put her arms around her mother’s head in a childish embrace. Kitichid appeared to whisper in Taka’s right ear as a look of puzzlement and pain came over Taka’s face.

The old shaman ran up and grabbed the girl’s hair, wrenching her head back. A loud popping sound filled the room as he broke the seal around Taka’s ear. Saliookcha let go of his wife and child in shock as a fountain of blood and gray matter spewed from his wife’s ear. Taka’s body collapsed inward upon itself, looking like a withered husk as it fell to the ground. 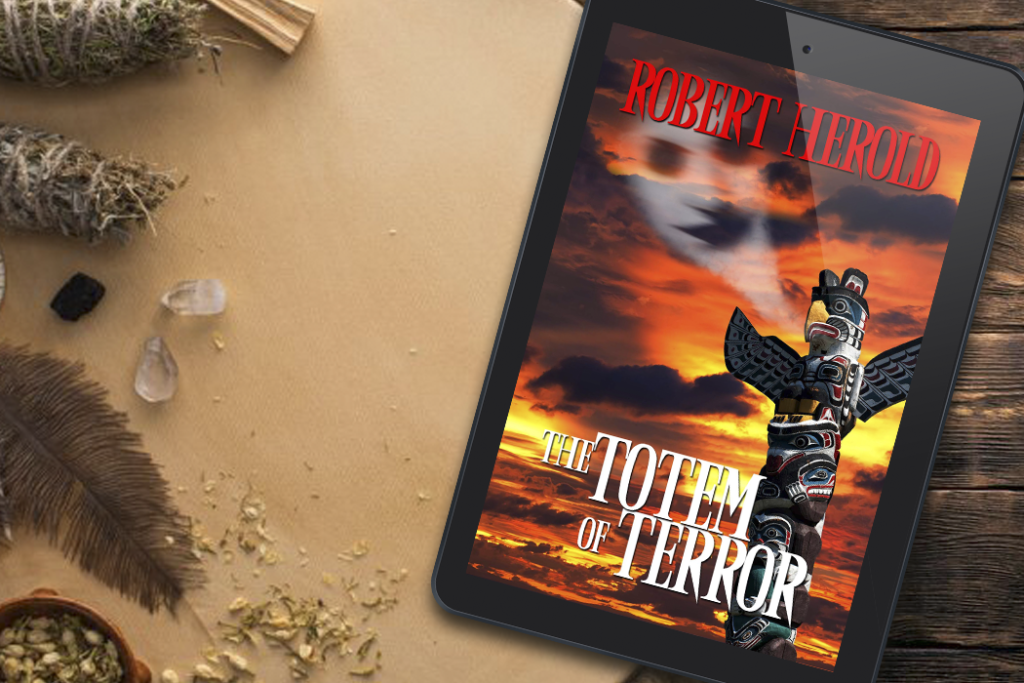 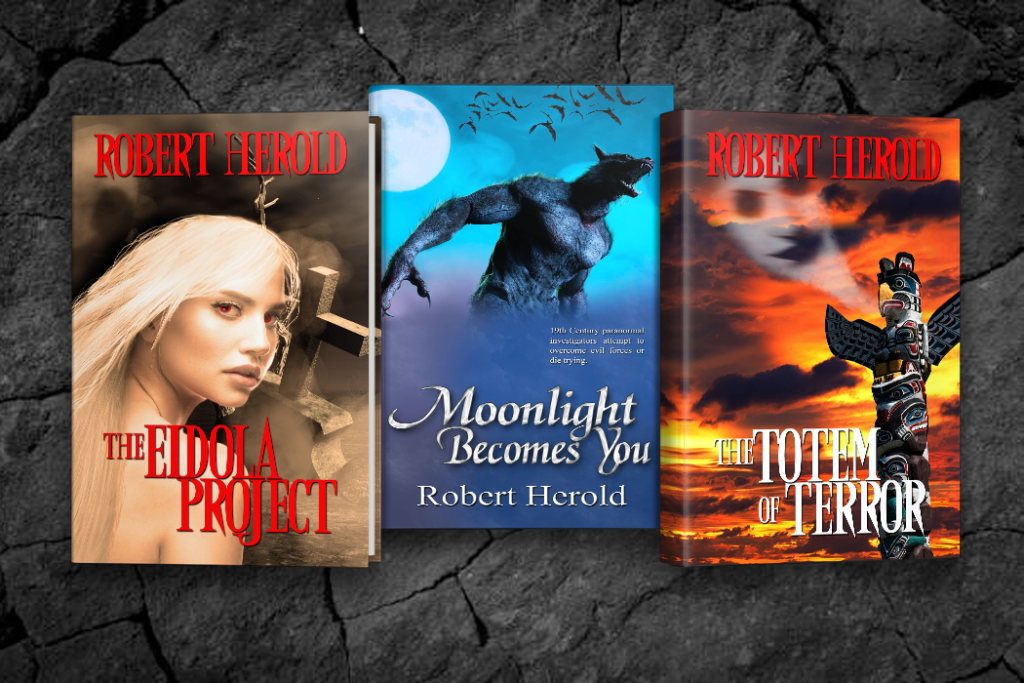 Check out Robert’s other new release!

Witch Ever Way You Go

A Friday the 13th Story 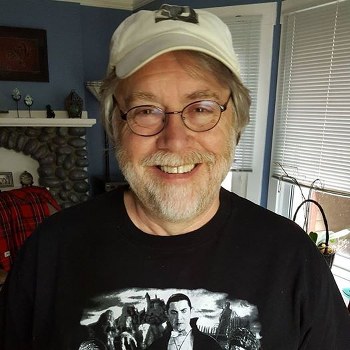 The supernatural always had the allure of forbidden fruit, ever since Robert Herold’s mother refused to allow him, as a boy, to watch creature features on late night TV. She caved in. (Well, not literally.)

As a child, fresh snow provided him the opportunity to walk out onto neighbors’ lawns halfway and then make paw prints with his fingers as far as he could stretch. He would retrace the paw and boot prints, then fetch the neighbor kids and point out that someone turned into a werewolf on their front lawn. (They were skeptical.)

He has pursued many interests over the years (among them being a history teacher and a musician), but the supernatural always called to him. You could say he was haunted. Finally, following the siren’s call, he wrote The Eidola Project, based on a germ of an idea he had as a teenager.

Ultimately, he hopes his books give you the creeps, and he means that in the best way possible.

June 9
Big Canvas Reads
Momma Says: To Read or Not to Read

June 11
A Wonderful World of Words

June 16
4covert2overt ☼ A Place In The Spotlight ☼

June 27
Inside the Insanity – GUEST POST
The Book Dragon