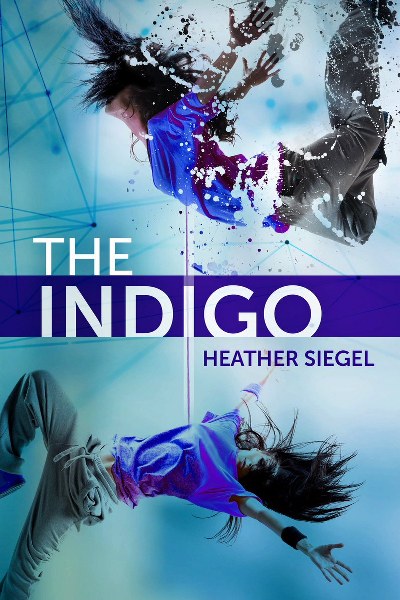 Sixteen-year-old Jett Hart refuses to accept the diagnosis that her mother is brain-dead. Yes, Mom’s long-comatose body seems like an empty shell. But there was that split-second, weird time Jett swears she lifted out from her own body and travelled to an indigo-colored, starry space where she felt Mom’s presence.

Now, as Jett’s caretaking aunt threatens to pull Mom’s life support, Jett must find this mysterious indigo place again and return her mother to her body before it’s too late. Only her schoolmate Farold, an amateur quantum physicist who may or may not give off a more-than-friends vibe, believes she can do this and has some ideas about how to help Jett get back “up there.”

Even if Jett manages to find Mom in the “indigo,” can she bring her back to her body? While also staying connected to her own “empty shell” below? And, what if . . . someone is trying to stop her?

A teen thriller offering astral projection cosmology, life cords, parallel universes, and wormholes, THE INDIGO is a wild trip through one person’s consciousness “above,” her interconnected reality “below,” and the psychological and potentially fatal dangers of being disconnected from both.

“The thing with The Indigo is the writing. It’s subtle, sweet and doesn’t skirt around the subjects of grief and loss. It’s not afraid to talk about a struggling family, emotionally, financially, and with each other’s relationships. What Siegel has created here is a beautiful book, filled with believable and relatable characters who have real feelings…. Siegel has written a triumph.” — Sally Altass, Reedsy. 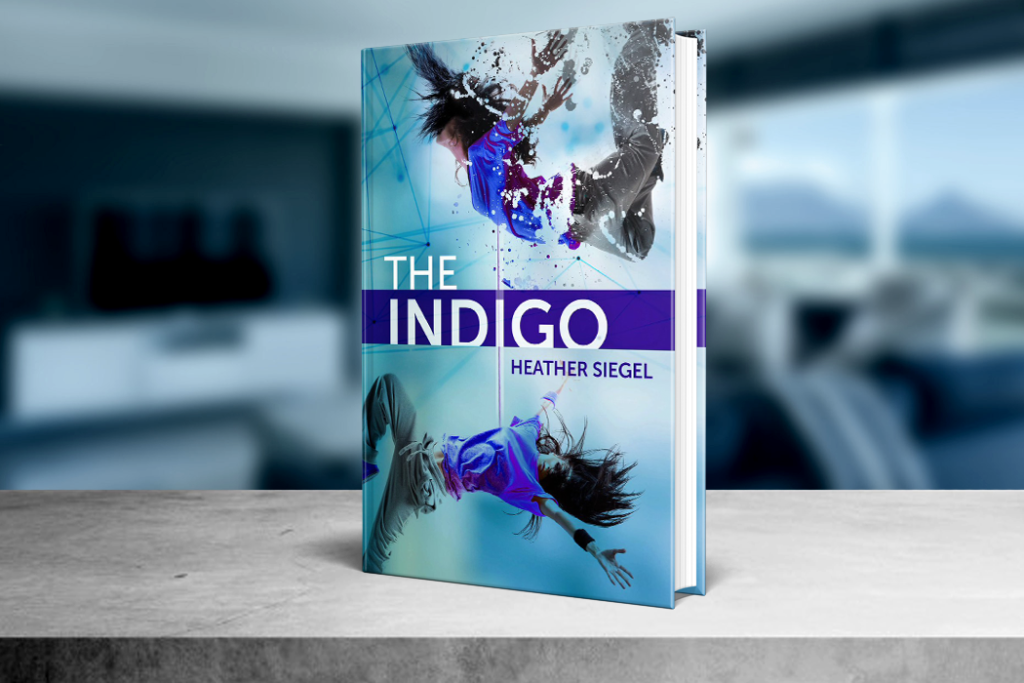 Day 787. I sponge Mom’s stringy arms and pronate her elbows. Suction saliva from her white gums, careful not to disturb the psst-psst of the breathing tube. I attach cotton-ball-size muscle-stimulation pads, all forty of them, to her biceps and triceps, her deltoids and extensors, her flexors and hamstrings. As the pads pulse against muscle atrophy, I crayon Chapstick on her lips, rub cream down her pointed nose and waxen cheek skin, brush her dark hair splayed over the starched pillow. I leave the waste bags for the nurses but check the connections out of habit — the tubes to the catheter and colostomy bag, the one to her nutrients. Then I sit, holding her hand, pretending to talk to her for the sake of passersby, even though I know she’s not listening. Not even in the room.

Her body is an empty vessel. A coat on a hanger waiting for her arms to slip in. A mollusk on the beach, abandoned by its host. An empty carton of milk I’m here to make sure they don’t throw out.

Because when I find her — and bring her back — she will need her container.

They’ve told me it’s dangerous to think this way. Psychologically damaging, Aunt Margaret has claimed. A byproduct of grief, the therapists have said. Denial is a natural defense mechanism, Dr. Horn has counseled. “But we can’t ignore the reality of what the scans tell us.”

He means the X-rays of Mom’s gray folded matter. The regions of her brain that still incite spontaneous reflexes — causing her arm to jerk here, her leg to twitch there. “All seemingly normal manifestations of brainstem function,” he’s told me repeatedly. “But should not be confused with actual brainstem function. Without which she has little chance of waking up.”

I can’t fault him for thinking this way. The guy’s a neurologist — his business is brains.

But I know there has to be more to us than our bodies and brains.

Call it what you want — a consciousness, a soul, a spirit, a light being. It’s the thing countless comatose patients swear gave them the ability to live whole other lives while on respirators. The thing that philosophers and spiritualists spent their lives writing about. The thing that makes us who we are. And maybe even fuels the brainstem.

And Mom’s brainstem went missing two years ago the moment she crashed her car.

An accident, Aunt Margaret had said on the phone. Black ice. A telephone pole. Coming to pick up you up in five. . . .

I flew down the stairs of our apartment and rushed into intensive care, still in my red plaid pajama bottoms, dried toothpaste stuck to my cheek. Mom lay behind a wall of glass, and I heard fragments: Her chest had banged into the steering wheel. Glass shards had lodged in her cheeks. She’s lucky to have made it out alive.

For a week, I watched machines automate her breathing, feed her, monitor her. I felt numbed, stunned, dazed. Most of all, empty. Like something in my chest cavity had gone missing, its hollowness threatening to suck my heart and lungs deeper inward.

I thought it was coming from me.

Then one night, following Dr. Horn’s delivery of yet another brain spiel — this one replete with pictures of axon and dendrites that looked like tree branches — they let us through the glass wall.

I plunked into the pink pleather chair and held Mom’s limp hand in mine; ran my thumb over her beige polish, chipped from washing beer glasses at Sharkie’s Bar and Grill. The emptiness opened like a black hole, and I yearned for my best-friend sister-like Mom, just 17 years older than me. The woman who wore my jeans and tried on my life, from basketball tryouts to friendship blips. The woman who let me inhabit her dreams of traveling the world.

“How much tragedy can one family take?” Grandma Eloise was saying. “First, I lose one daughter, and now another?”

They were speaking of Grandma Eloise’s oldest daughter, who had died as a teenager — Mom’s oldest sister. And I had sat there, unsure of what to say. Not only because there seemed to be some kind of dark cloud hanging over us, but because they barely noticed I was in the room.

So, when they decided to go to the cafeteria, I said, “I’ll stay here, then.”

Aunt Margaret turned, her yellow, roller-set waves bouncing like in a retro TV commercial. “Jett, I’m sorry. Did you want to come with us?”

“It’s OK. I’m good,” I said, because I knew they were just trying to salve their own pain, even though you couldn’t have paid me a million dollars to eat a bite of food in that moment.

So off they went, leaving me and Mom and my emptiness, and because everything felt so empty, I climbed into bed with Mom, spooned to her side — admittedly feeling sorry for myself in this new orphaned state — and blubbered away into her bony shoulder.

Her respirator lulled me into a sleepy state, and my mind drifted, thinking about her running off as a teenager at 17 — just a year older than me now — to marry a guy outside the enclave of this small town. Then that got me thinking about my dad, the man I barely got to know, but whose hands for some reason I could see peeking out from his electrician’s coveralls: coppery skin freckled like mine with wispy red hair, as he meticulously spliced the wire of a lamp cord. Cut before the damage. Splice by twisting. See his hand twisting a lightbulb in, electricity zipping through its filament. We can travel as fast as this . . . in our sleep. . . . We can meet in Hawaii, where the sand is black, and the rocks are as large as grapefruits.

I must have drifted off then, Mom’s empty container against mine, the respirator wheezing rhythmically, everything hazy and meshing and sucking me under.

Just think of where you want to go, my dad said, still coming to me in snapshots. His freckled hands on a tabletop. Suntanned face. Fiery hair. A woman beside him laid down cards splattered with ink. Palm trees swayed outside, and contentment purred in my chest like a vibration.

Deeper and deeper I drifted under, as darkness surrounded my eyelids and tunneled around me, churning into a black liquid — the way dreams work — until it ended in a circle of purple-blue light large enough to fit through.

I poked my head through and found the air was watery, indigo-colored, and pocked with millions of crystalline white stars. I wanted to climb through the hole and swim out into the starry space. But when I looked up, I saw rectangles hanging in the sky.

They were outlined in what looked like glitter — the kind I recognized from my childhood drawings, when I’d outlined geometric shapes with glue and glitter and blown the excess off. And inside were movielike images:

Palm trees in one.

The stairwell to Mom’s and my old apartment in the other.

Where do you want to go? My father’s voice sounded again, only this time my chest tightened and pulled, as though there was a rope attached to the center, and I suddenly got scared feeling . . . wondering . . . knowing. . . .

This wasn’t a dream.

I was somewhere outside of myself.

Definitely not in my body.

I could sense her, alert and awake, black hair not splayed on a pillow, but tucked behind her ears and parted down the middle, revealing a white line of scalp; cheeks not waxen and pale, but flushed from moving around the kitchen . . . pulling me to her.

But because it all felt so real, and because I didn’t know what would happen if I did dive through that hole, I jerked my head back. And the next thing I knew, I was yanked backwards and my whole body stung as though I were a human rubber band snapping back.

Just in time to find Aunt Margaret back from the cafeteria, shaking my shoulders.

“Should I call someone?” Grandma Eloise asked.

My eyes popped open, and they gasped.

“You scared us, you were in such a deep sleep,” Aunt Margaret scolded. “You’re not supposed to be in bed with her.”

“What? Nonsense.” Aunt Margaret said. “You were having a bad dream.”

“Honey, we are all under tremendous stress,” Grandma Eloise said.

“Honey, we don’t know what you are saying,” Grandma Eloise said.

“Jett, this is hard enough on all of us.” Aunt Margaret’s tone steeled.

My mistake, I’ve come to realize, was continuing to insist, back at Aunt Margaret’s, and for months afterward, describing all I could remember, and lugging home research and stories from the library about people leaving their bodies: about the idea that a person could ostensibly be in two separate places at once.

“That is absolutely enough. I will not have that kind of nonsense talk in my house,” Aunt Margaret snapped finally, and the next thing I knew I was seeing Dr. Karr, a grief counselor, and being asked to review more charts from Dr. Horn. And when a year later, I still wouldn’t relent about the purple hole and the doorway to Mom, and the fact that anyone can tell she is simply not in this room, the grief counselor suggested medications, and eventually whispered to Aunt Margaret terms like “grief delusions” and “detached from reality.” This led me to understand two things:

Not only can I not convince people to open their minds, as a minor in the State of New Jersey, 10 minutes from the state’s largest psych ward, I need to watch it, or I might never find Mom. 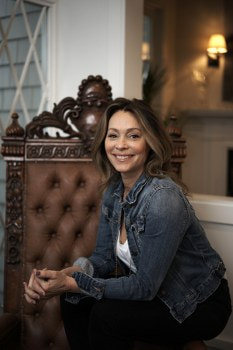 Heather Siegel is the author of THE KING & THE QUIRKY, and OUT FROM THE UNDERWORLD. She teaches academic and creative writing, holds an MFA from The New School University, and lives with her family in Southern Florida.

June 7
❧Defining Ways❧
Character Madness and Musings
Momma Says: To Read or Not to Read
The Book Dragon