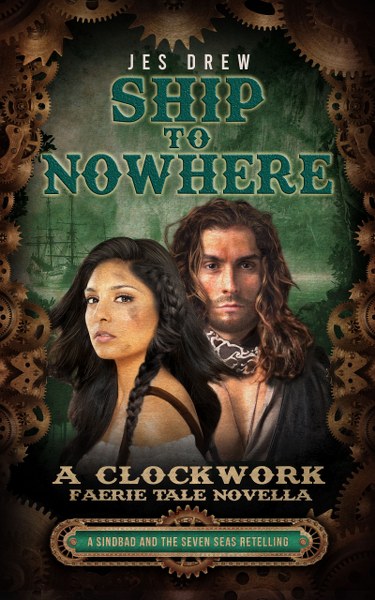 A Sinbad and the Seven Seas Retelling

The inauguration year of Queen Victoria sees a world where the seven seas are yet un-mapped and filled with mystery . . .

Sindbad had room in his heart for one love: the sea. Unlike women, the sea would never betray him, and it was never hard to determine the ocean’s mood. The sea kept things simple; just him and his men traveling the globe and discovering new territory for Her Majesty the Queen. But his newest cabin boy is hiding a secret that could derail Sindbad’s carefully charted course . . .

Dunyazad is running out of time to rescue her sister from the murderous tyrant she has fallen into the clutches of. With the well of stories keeping Scheherazade alive going dry, Dunyazad decides to have an adventure of her own to be spun into a tale long enough to last until she find a powerful ally that will rescue her sister once and for all. But her tenuous plan depends on her keeping her true identity— and gender— a secret from the misogynistic captain or else risk being stranded on a deserted island. If only the man weren’t so infuriating, or handsome . . .

Falling in love may be the most dangerous adventure of all to be found on the Seven Seas.

The Clockwork Faerie Tale Novella series can be read as standalones or together, for whenever you want your steampunk happily ever after. 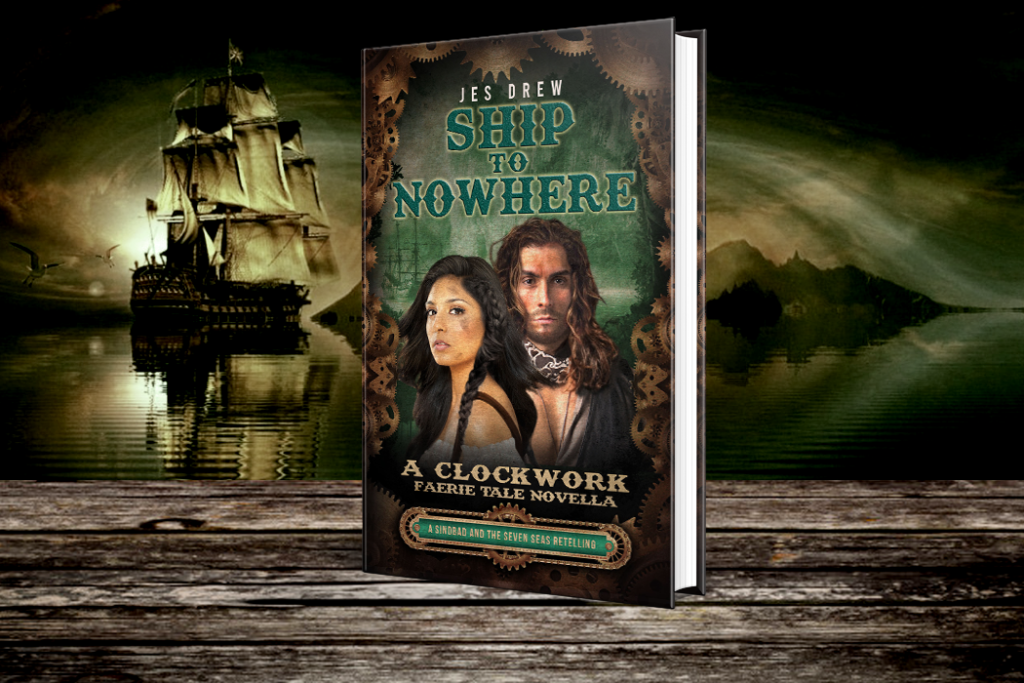 “I can’t believe we’re actually possibly the first people to walk on this land,” the cabin boy is saying. “Well, the first men, actually. Obviously the first woman to step here is still to come.”

“Hey,” Sindbad snaps. “Keep it down over there.”

The cabin boy turns to face Sindbad while he keeps moving forward with the cartographer. “Must you hate everything you do?”

“Well, that sneer on your face is pretty hateful—”

Suddenly, a prayer Sindbad didn’t even realize he prayed is answered, and the cabin boy takes a step that swallows him up, completely out of view.

The boy’s answering high-pitched scream reminds Sindbad that that is not very normal behavior at all.

He rushes forward and stops where the earth seems to open into a massive hole about the size of their two dingeys put together. The chasm seems to lead only to darkness, and rotten fish-smelling darkness at that.

A terrible vision of having to tell some heartbroken widow that her eldest son perished at sea and left her alone to provide for his five younger siblings alone flashes through his mind’s eye. Until he sees a glimmer of hope.

Just a few feet below, the cabin boy is somehow clutching the wall and hanging on as tight as he possibly can.

“Red!” Sindbad yells, and his first mate drops his backpacks instantly before running over.

“Hold onto my ankles,” Sindbad orders before looking down at the boy. “I’m coming to get you.”

The boy whimpers in reply, and it’s probably a good thing the other men are standing back far enough not to hear how feminine he sounds.

“I have you,” the Red Djinn says cautiously.

The cartographer drops his scrolls and rushes over to hold onto the Red Djinn’s waist. “And I got you.”

He probably just reduced strength from this endeavor, but Sindbad doesn’t have time to worry about that. Instead, he launches himself downward.

Going head-first down a pit with only a genie and a boy for support is never fun. But even less fun is the way the momentum sends Sindbad face-first into the wall, which turns out to be wet, sticky, strangely soft, and definitely the source of the stench.

Gagging, he pushes away enough to see the boy just below him, looking up with wide eyes from where his hands are squeezing together a flap of the wall to hold onto.

Sindbad wipes the wetness from the wall off on his pants and then grasps the boy’s wrists. “I’ve got you.”

“You’re not going to drop me?” he whispers.

“What? Of course not. You’re one of my men.” Even if he is Sindbad’s least favorite.

The other men must have joined the huddle, because Sindbad is tugged up a lot more quickly than he expected.

He hits the ground on his side and rolls over in time for the boy to land on his stomach.

Sindbad gasps at the uncomfortable position. Thankfully, the boy isn’t as scrawny as he looks, and some baby fat softens the blow.

The boy pushes himself up enough to stare down at Sindbad, his eyes wide and slime dripping from him to Sindbad. Not that Sindbad needed anymore slime.

“Thank you,” the boy gasps.

“That’s why you listen to orders,” Sindbad answers.

Before he can continue berating the kid, though, the earth shakes.

The cabin boy grasps Sindbad’s neck for security, almost strangling him, as he tries to sit up.

“What’s happening?” the cartographer cries out.

Even as the ground continues to shake, Sindbad hears a loud rushing sound.

And sees a great deal of water flooding the pit, rapidly rising.

The island was flooding?

He turns to face the beach and sees that the sand has receded, and the dingeys are halfway floating.

“To the boats!” Sindbad yells, jumping up cabin boy and all, and leading the way. 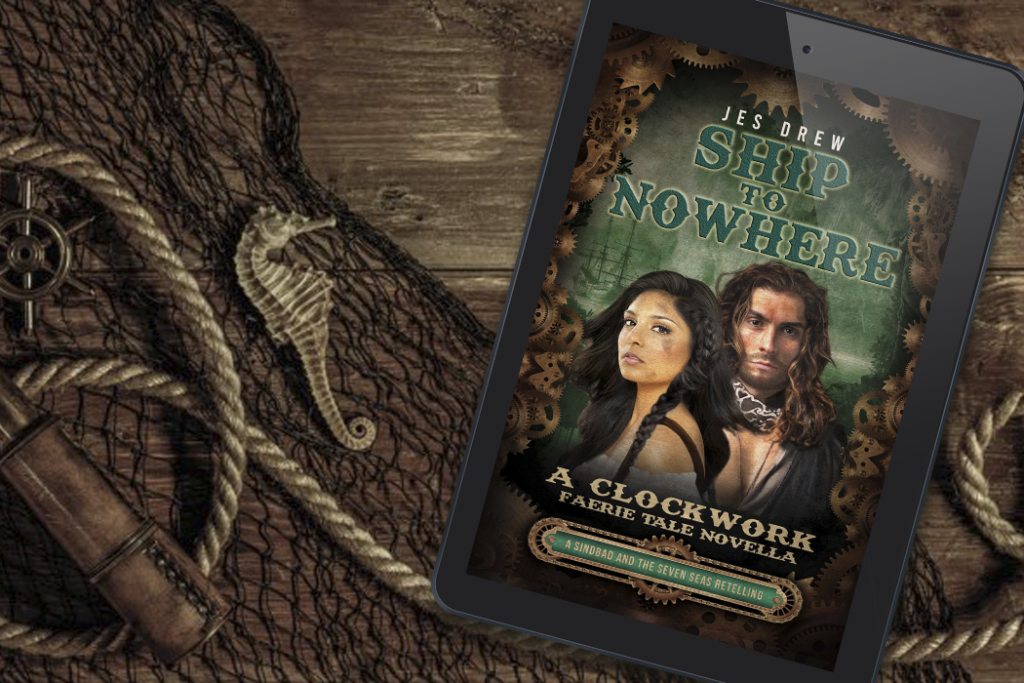 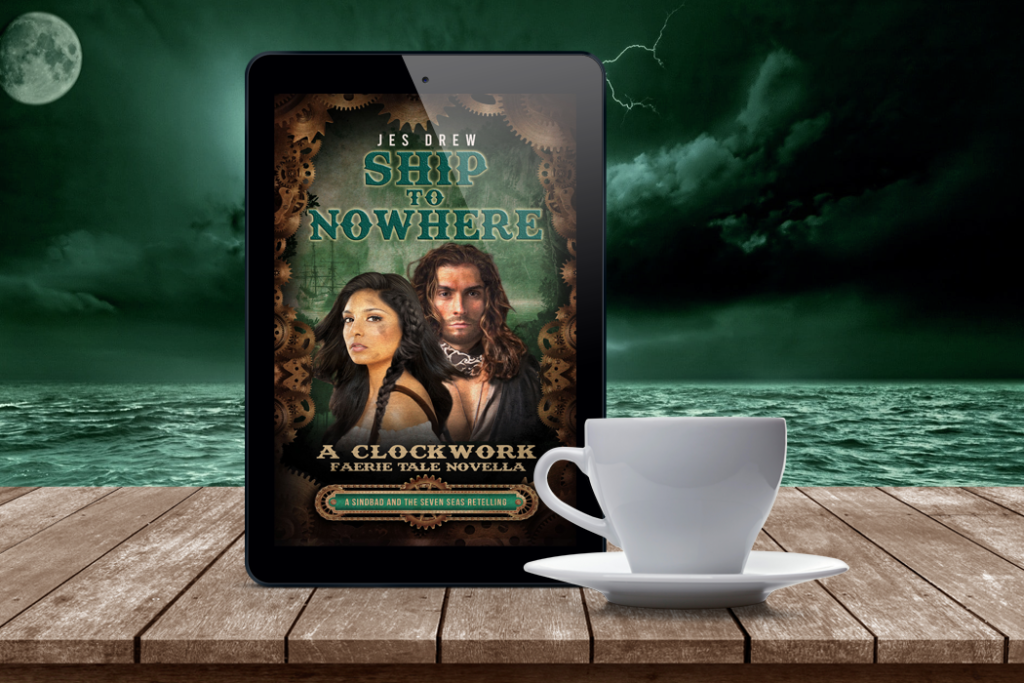 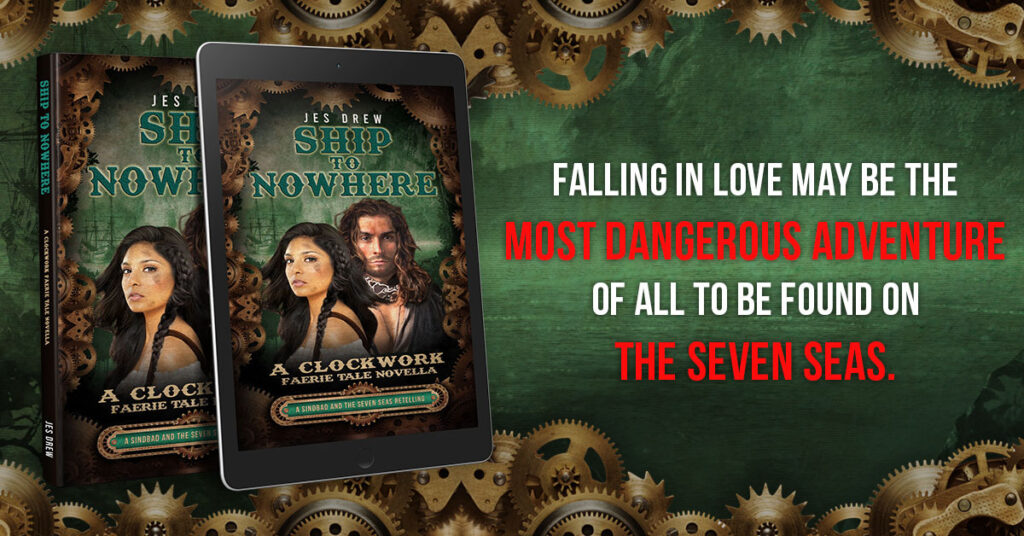 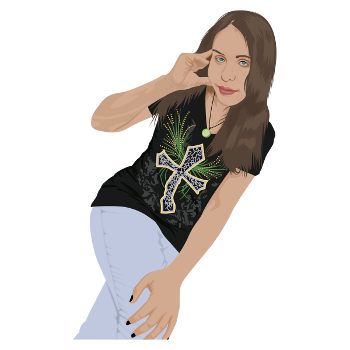 Jes Drew is the author of the Ninja and Hunter trilogy, the Howling Twenty trilogy, the Kristian Clark saga, the Castaways trilogy, The Dystopian Takeover trilogy, The Clockwork Faerie Tale Novellas, The Summers of Yesteryear series, Legends of the Master Spy, The New ESE Files, Tales from Parallel Worlds, Genie and Serena, PIs, Accidentally on the Run, and This Side of Heaven. Her true love is Captain Steve Rogers, and there is a possibility that she may or may not be a superhuman, but she hasn’t discovered her powers. Yet. Also, she might be a spy, but that’s classified.

Apr 16
4covert2overt ☼ A Place In The Spotlight ☼
The Sexy Nerd ‘Revue’
Books a Plenty Book Reviews
Momma Says: To Read or Not to Read
Word Processor, Romance, Cats, Kids and Creed

Signed Copy of Ship To Nowhere with exclusive pins of the previous three books (US Only),