This is my post during the blog tour for The Glass Stone by Sara Michaels. The Glass Stone is a magical tale of hope and love inspired by the traditional story of Cinderella. Sometimes, just a little bit of magic is all you need to change the world.

This blog tour is organized by Lola’s Blog Tours and the tour runs from 5 till 25 April. You can see the tour schedule here. 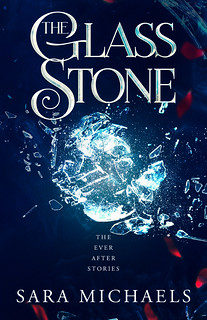 Blurb:
Power can take many forms, but sometimes the greatest magic comes from inside you.

Asha has been a servant for the cruel Duke Bryce for as long as she can remember, and when he married Queen Ilma of the Wind Kingdom, she was dragged to the castle with him and his daughters.

Now, the death of the queen has thrown the castle into panic: if her son, Prince Aither, doesn’t marry before his 18th birthday, the throne will go to Duke Bryce.

Prince Aither knows he must choose a wife, and he’s resigned to his fate. But Duke Bryce has his own ideas about who his bride should be, and if he gets his way, no one will be happy.

Asha is used to watching everything unfold from her place in the kitchen, but she soon finds herself on an unexpected quest set to change her life forever.

Meanwhile, Prince Aither must find a way to make the best of what seems like a hopeless situation and use his powerful magic as a force for good in the kingdom.

The Glass Stone is a magical tale of hope and love inspired by the traditional story of Cinderella. Sometimes, just a little bit of magic is all you need to change the world.

Lose your head in the clouds with Asha and Aither on their magical journey.

Earlier books in the series: 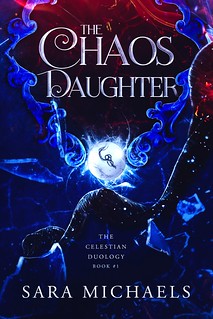 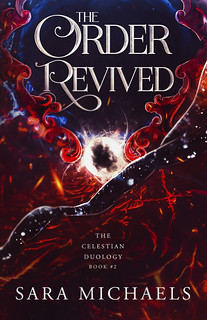 The Chaos Daughter (The Jeweled Fairytale Retellings #1) by Sara Michaels
The Chaos Daughter is an action packed adventure of self-discovery inspired by the tale of Anastasia. Question everything, and trust no one: what Nastasya’s about to discover will change the world forever.
You can buy The Chaos Daughter here on Amazon

The Order Revived (The Jeweled Fairytale Retellings #2) by Sara Michaels
The Order Revived is a thrilling quest into the unknown inspired by the empowering story of Mulan. When your true calling is so clear, the only thing you can do is follow your heart.
You can buy The Order Revived here on Amazon

About the Author:
Sara lives in the Pacific Northwest with her husband and two dogs. A lover of the written word from an early age, Sara reads everything from middle grade to young adult and adult novels. She loves genres ranging from science fiction and fantasy to contemporary and historical fiction, which is why she writes and plans to publish across several genres, including contemporary, romance, young adult fantasy, and science fiction.

When she’s not writing, you can find her playing video games, reading way too many books at the same time, singing to music, or riding her motorcycle around a beautiful Washington backdrop. She also writes for several online blogs and newspapers. 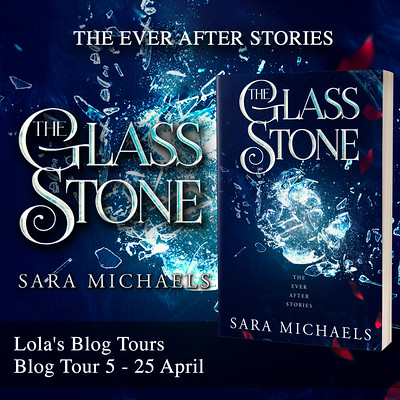 “Asha, Asha!” A squeaky little voice made her spin around. Mouser reared up on his hind legs on the stone wall, reaching his tiny little paws out toward her.

Maybe… Asha thought to herself as she noticed the scrap of paper in Mouser’s hand. Maybe animals are just better than people could ever hope to be. Mouser sure had always come through for her when she needed him.

Smiling, Asha reached out for the paper. It was still fully intact, not like the scraps she usually found or that Mouser brought for her drawings from around the castle. “Where’d you get this…?” Her feet still in time with the princess dance, Asha flipped over the parchment and flowing script sprawled across. “The Sun Kingdom!” Her eyes scanned the paper as quickly as she could. “Until we meet at your coronation, Duke Bryce.” She could feel the breeze start to pick up, and she looked around, curious, before peering down at Mouser, a glimmer of anguish washing through her. “I need to get this to Prince Aither—”

The kitchen door burst open, and a gust of wind blew her long hair back. The wooden door splintered as it slammed against the rocky wall behind it and the red on Duke Bryce’s face was as crimson as a Firebrute’s mighty fists.

“What do you think you are doing?” Duke Bryce’s instantly recognizable, dooming voice echoed in Asha’s ears and sent immediate shivers down her spine.

As nerves crept up her body, silencing her, Asha cursed herself for not having Sera’s Wind gift of hearing. Focusing on the Duke’s fuming red face, Asha stopped moving. Red fiery anger bubbled up his body and Asha felt her body crumple into itself. Why had she danced out in the open?

“C-cleaning,” Asha stammered, stuffing the paper into her dress pocket. She gulped, trying to steady her erratically beating heart. Her mouth dropped open slightly, but nothing would have come out, even if she could find the courage to speak.

“Who showed you that dance? I saw you through the window!” Duke Bryce’s voice ricocheted off the tall, stone castle walls that protected them from the outside. But while those walls might protect them from an attack, they were of no protection to Asha as Duke Bryce glowered down at her. “Where’s the mouse, the paper he stole from me?” He pursed his lips together and gritted his teeth so hard the pink in his cheeks turned to fire. “First the art… and now this!” Duke Bryce took two steps toward Asha, and she almost fell over herself, stumbling backward. His eyes scanned the ground—for Mouser? “Learning that dance, for someone like you…”

Duke Bryce gaped at Asha. His hands balled into fists at his sides and his shoulders seemed to shake as he stared at her. Asha was like a deer stuck in a hunter’s shadow, but Asha knew that Duke Bryce could see her even if she didn’t move a muscle. The ticking blood vessel in Duke Bryce’s temple silenced Asha’s every thought—except for those surrounding Duke Bryce’s power. What would he do to her? In the seconds of silence that seemed to stretch on forever in Asha’s mind, the vessel in Duke Bryce’s temple visibly throbbed. And the large clear stone embedded into his carotid artery caught the light as it pulsed in rhythm. An angry roar echoed against the castle’s stone walls as a heavy wind ripped through the quad.

“Give me that letter!” Duke Bryce demanded through gritted teeth. He lunged forward. Asha pulled away, but Duke Bryce grabbed her and tightened his vice-like grip around her forearm. “That letter was private…”

Asha took a few steps back and her legs knocked against the stone wall. “Private, because… because you plan to hurt Prince Aither? What scheme to you have cooked up with the Sun Kingdom—?” Asha gulped. Anxiety choked her. Had those words really just come out of her mouth?

“I will not let you mess up everything I’ve worked so hard to do…” Duke Bryce stomped his foot into the earth and lunged forward again, trying to grab her, but she slipped free of his grasp.

Asha slipped the gate latch and pushed through it, her heartbeat kicking into overdrive. “I’m telling Aither—” Asha balled her fists in her dress pocket around the letter Mouser had just given her.

“And you’ll ruin everything…” Duke Bryce shook his head, his eyes unfocused on anything but the barrage of thoughts that must have been streaming through his head. “Can’t take any risks…” He rushed her again, this time using his Wind magic to close the gap between them faster than Asha even realized he was moving.

“I’m sorry! I’m sorry,” Asha stammered as she struggled against his grasp, trying to get Duke Bryce to let her go. Panic seized her. One hand twisted around her forearm, while the other squeezed her throat, choking her. Hurting her. “Let… go…!”

Voda spat and hissed at the duke as she moved toward them, her wings and head up, staring pointedly at Duke Bryce as he mumbled wordlessly to himself. She beelined toward them, with her neck stretched out, hissing with every step. Asha tried to back away, but the duke’s grip on her arm didn’t allow her to move much. Voda’s gabble echoed in the small area. As Voda careened closer, Duke Bryce kicked at her, but she continued forward, dodging his flailing limbs until he let Asha go, pushing her to the ground. Dirt and pebbles lodged into her skin, and she cried out, gasping for air.