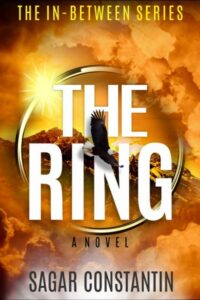 This is a riveting book! I wanted to stay up to finish it, but my eyes said no. It’s the second book in the series and I highly recommend reading the first one before this book.

Angela returns to Earth to search for and find the last two members of a group called the Ring.

Together, the Ring can access crucial knowledge that the world desperately needs.

Each member has unconsciously carried a piece of this knowledge over thousands of years. By reconnecting the pieces, they will help turn mankind’s negative, violent development on Earth into a positive, loving, and constructive progress.

If the Ring doesn’t reunite now, it is doubtful that they will ever succeed.

Angela only has forty-two days to find the last two members and convince them to go to In-Between with her.

During her forty-two days on Earth, Angela’s past, philosophy of life, and especially her sense of justice are challenged.

She must go beyond her limits, even when she sees her view of the world disintegrate.

The Ring is about standing firm and believing in something bigger than oneself.

It is about daring to live life to the fullest, looking death in the eye, letting go of the past, and having faith.

Through Angela’s journey, readers will come to see the world as they have never seen it before.

This is the second book in the addictive IN-BETWEEN series from the International Bestselling author, Sagar Constantin . 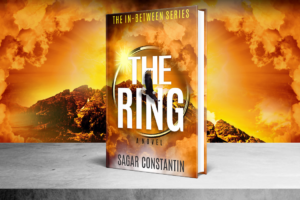 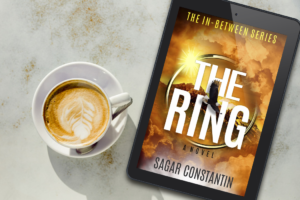 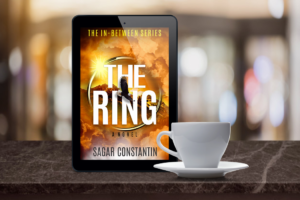 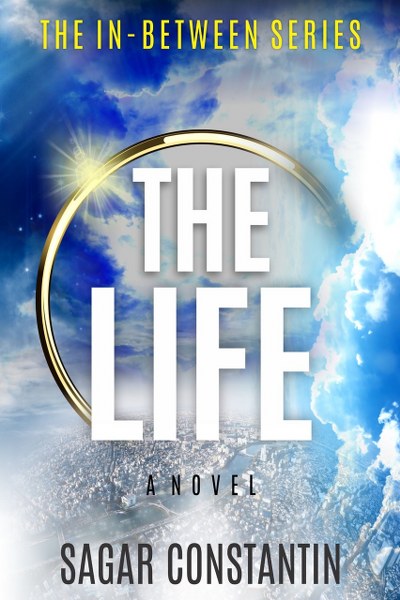 I really enjoyed the story, and the details made the story even more realistic, I lost myself in the whole book.

From the International Bestselling author, Sagar Constantin comes the first book in the addictive IN-BETWEEN series.

Eva Monroe is returning from a three-week business trip, one in which she left her five-year-old son in the care of her estranged ex-husband when the plane that’s taking her home crashes.

The accident leaves her in a coma, unresponsive to doctors’ attention and the urgings of her little boy.

However, while Eva’s body lies on the precipice of death, Eva’s spirit has traveled to a place known as the In-Between – a world that is hovering in the clouds above our planet.

The In-Between is a temporary home for people where they must decide whether to return to their lives on Earth or move on to the next stage in their development.

It is a wondrous place, filled with spiritual aids and advanced technology. It is also a place where a person faces themself fully for the first time.

When Eva arrives at the In-Between, she is utterly sure of her decision: she wants to return to her son.

Yet, she soon realizes that what she believes about herself and her place in the world isn’t as straightforward as she’d always assumed.

And with this realization comes the understanding that her decision will be much harder to make than she ever would have guessed.

Thus, she is faced with the most challenging decision a parent can make.

Buy THE LIFE today to be drawn into a place that you never want to leave. 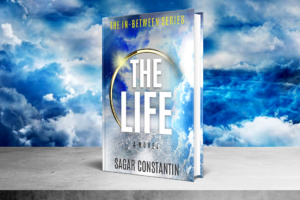 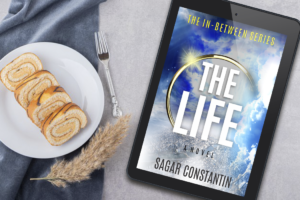 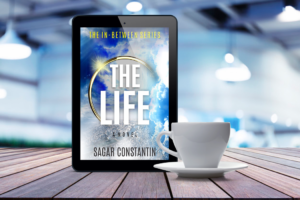 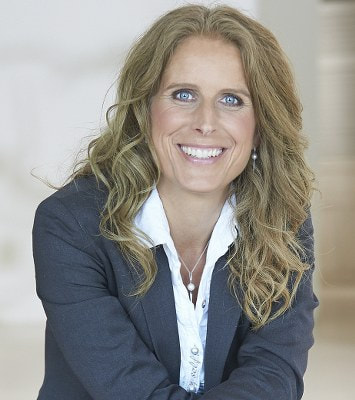 Sagar Constantin is a bestselling Scandinavian author with more than seven books. She writes stories that are both captivating and highly inspirational. The In-Between series came to Sagar on her way home from a business trip to India, and she instantly knew that this was a story that she had to share with the world. Her deep desire to bring awareness to the world is done in the most elegant way in these books. She has a remarkable ability to make psychological issues easy to understand and comprehend, and through her reading, it is possible to grow inside and at the same time be highly entertained.

Sagar is also an international speaker and lecturer for businesses. Every year, she trains thousands of people in personal development, change management, EQ, and High-performance teams. When she is not writing and teaching, she loves to spend time with her family and enjoys nature walks. Sagar lives in Denmark but travels the world with her work.

Apr 3
A Wonderful World of Words