Editor: Stacy Sanford/ The Girl with the Red Pen 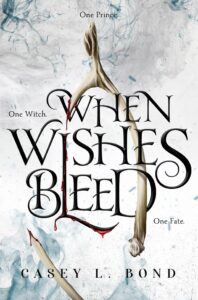 One Prince. One Witch. One Fate.

The upheaval in my life began the moment a prince stumbled into my house and asked me to read his fortune. Any other night, I might have made an excuse to get him to leave, but this was no normal visit. My fingers prickled to touch him. So, I granted his request by handing him a single wishbone. When he snapped it, the wish … bled.

Hearing me suck in a shocked breath, he asked what it meant. Such an ominous omen could only mean one thing: his death was imminent. Fate revealed that he wouldn’t die of natural causes. Someone wanted him dead. Stunned by the revelation, the man I now knew as Prince Tauren disappeared into a night I feared he wouldn’t survive. The following day, I received an invitation to the castle. While it seemed the prince believed I could intervene and uncover who was plotting his death, his motives didn’t stop there. I was being summoned to join twelve other women in vying for the opportunity to be his wife and future queen.

Going could mean jeopardizing my plans to reclaim my heritage and resurrect the House of Fate. But staying would guarantee Tauren’s death, and the blood of his wish would be on my hands.

99 CENTS FOR A LIMITED TIME! 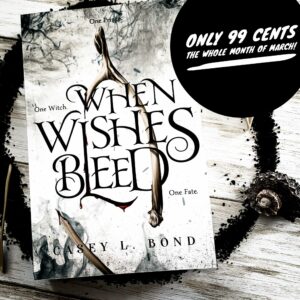 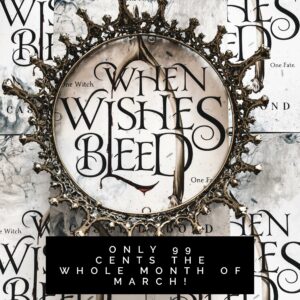 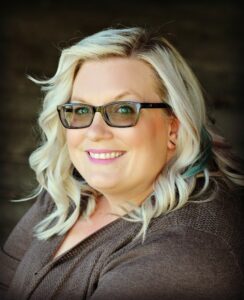 Casey Bond lives on a rural farm in West Virginia with her husband and their two beautiful daughters. She writes phoenixes – gloriously flawed and morally gray characters that fiercely rise from the ashes of their circumstances. World building is one of her favorite hobbies, along with stamping metal jewelry, swimming, and enjoying the beauty of nature. She thinks thunderstorms are better than coffee and that watching a meteor shower is the closest thing to magic you might ever see. She’s a firm believer that every amazing book needs a world you want to wrap yourself in, a character you want to win, and a love you would fight for.

Casey is the award-winning author of When Wishes Bleed, Gravebriar, and House of Eclipses. 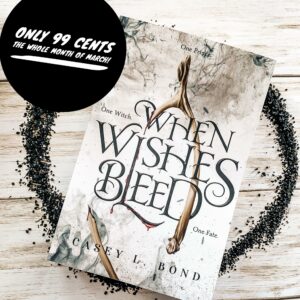