I am so excited that TOUCH OF NIGHT by Nara Jade is available now and that I get to share the news!

This blitz also includes a giveaway for a $10 Amazon GC courtesy of Nara & Rockstar Book Tours. So if you’d like a chance to win, check out the giveaway info below. 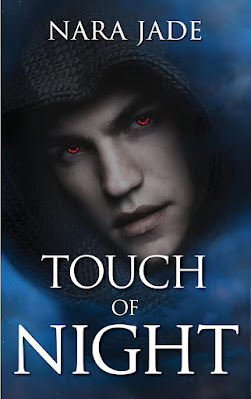 An ancient vampire king seeks to claim his mate — a beautiful mortal bound to him by fate itself.

Vampire king Vincent Strand spent centuries searching for his mate, only to find her standing in front of him in his home — but she’s human. That does not bode well for his kind, who can last an eternity. Yet, he is drawn to her with a thirst he has not felt in centuries. As he struggles to control his dark desires, he finds Mira has her own secrets, ones that hunt her for their own purposes. He must convince Mira to accept him as her mate, or else lose her forever… and doom them both.

Mira Khan moved to Scotland to escape a relentless enemy — her parents. She didn’t expect to be swept up in the affairs of a dangerous local mob boss on her first night there. Vincent ignites an irresistible attraction in her that she can’t ignore, and she craves him in ways she can’t explain. But there is something dark and mysterious about him, something otherworldly. When her past comes back to haunt her, he just might be the only one who can protect her.

Mira thought she caught a strange emotion as Vincent watched her with those enigmatic red eyes. She brushed a finger against his temple. No tell-tale curve of contact lenses even in this brighter setting, and they looked just as they had the night before, so vibrant and beautiful.

“Does the color displease you?” he asked.

“No. Can’t imagine you had an easy time growing up, though. I think most people would associate red eyes with demons or the devil.”

She looked at him past her lashes. “Pretty funny that the mob boss who insists he obeys the law thinks of himself as a devil. You have an identity issue.”

A slow shake of his head. “I know exactly what I am.” The words were spoken too seriously for the teasing tone of her comment.

“Someone who wants you.”

She lightly shoved at his chest. “You smooth-talker. Maybe you are a devil come to tempt me.”

“And are you tempted?” His gaze turned downwards, to her lips. Her breath hitched, and immediately her mind went to indecent places. But that wasn’t her fault, not when he was looking at her like that.

She put her hand over his mouth before he could swoop down, and he raised a brow in question. “You said there are cameras everywhere.”

Vincent grabbed her wrist and pulled her hand away, then kissed her. Hard.

Mira’s next protest was muffled against his claiming mouth, and as she parted her lips to make her complaint, his tongue plundered past them.

She stilled. A moan escaped her and her eyelids fluttered shut. He kissed good. He kissed really good. Enough that she didn’t mind the cameras.

Damned man probably knew it, too. 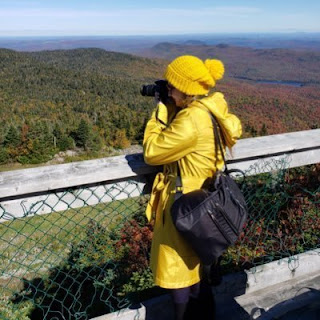 Nara Jade writes paranormal romance novels, with one novel published and many more in her head. Follow on social media or narajade.ca to get updates about upcoming books! New work expected to be published Winter 2021.