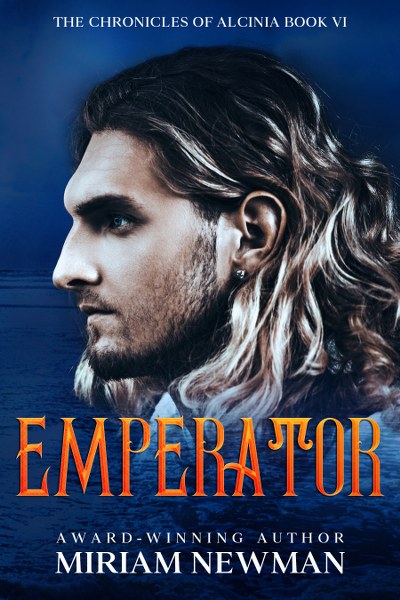 The Chronicles of Alcinia Book VI

Grandson of one of history’s greatest generals, Sergius is a warrior without equal. It has been easy for him to be a hero when he was expected to be. When he finds himself fighting for the freedom of his grandfather’s country and the heart of a woman, he must be a hero because he is. 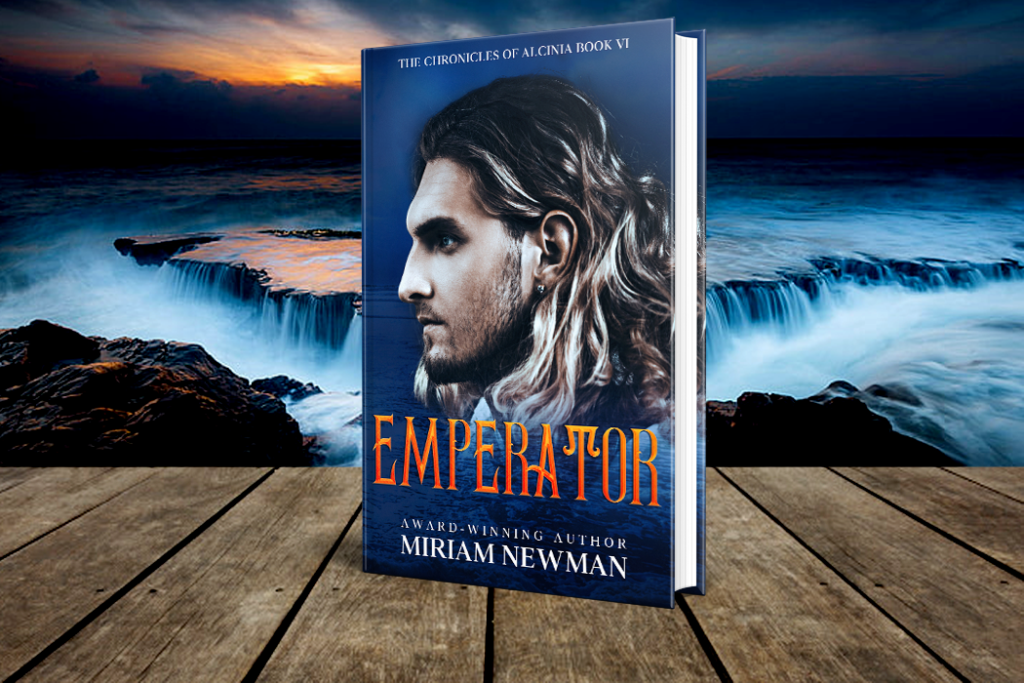 He had merely cracked the front door and it had not creaked.  This time, it opened fully and it did.

He tensed, looking at a figure framed against sunlight.  Probably still blinded from it, she did not see him at first, hunkered down against one of the walls.

Young, slight and dark haired, she had to be either Omani or Domidian.

She stood like a deer waiting for the arrow that was going to finish it.

“Omani?” he asked in what he hoped was a friendly tone.  He knew how he looked—young, strong, armed, dangerous.

“I am a friend,” he tried to reassure her.  “Omani, from Havacia.  We have just beaten the last of the Domidians.”

“Vero?” she half whispered.

“Who are you?” she demanded.  Now that she didn’t look so much like a frozen chicken, she was attractive, with long hair as black as obsidian.  She had light olive skin and dark eyes, faintly tilted at the ends, giving her an exotic, almost child-like look, but she was no child.  There was nothing remarkable about her dress except for how smudged and dirty it was.  Otherwise, it was the classic woman’s gown of pleated white linen cinched with a corded tie, and she wore sandals.

Sergius got slowly to his feet.

“I was first,” she responded.  “What are you doing here?”

Sergius laughed softly.  “It’s my house.  Why are you in it?”

“I do not object,” he spelled out.  “I just wonder what you are doing here.”

“What would anyone do here?” she responded.  “Getting food.  Looking for a place to stay.  We have nothing here.  You should know, if you have fought the Domidians.”

“Yes, I heard,” he said, remembering the shepherd who said they always took his sheep.

“I have not hurt anything,” she protested.

Sergius half raised his hand in the universal gesture of peace.  “No, no, I did not say so.  You just startled me.”

“You scared me,” she said.  She didn’t sound a bit submissive.  It was more an accusation, as if he should not be in his own family’s villa.  “How do you say this is your house?”

“It was my grandfather’s,” he responded.

Suddenly, her expression changed and she said something so foul he had never heard it from a woman. 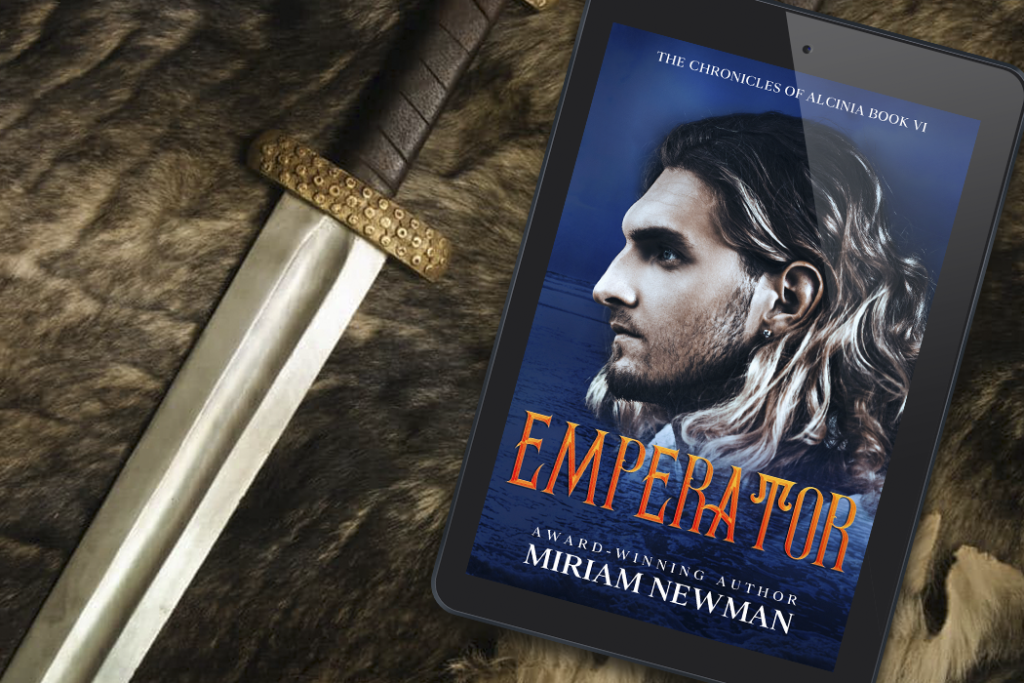 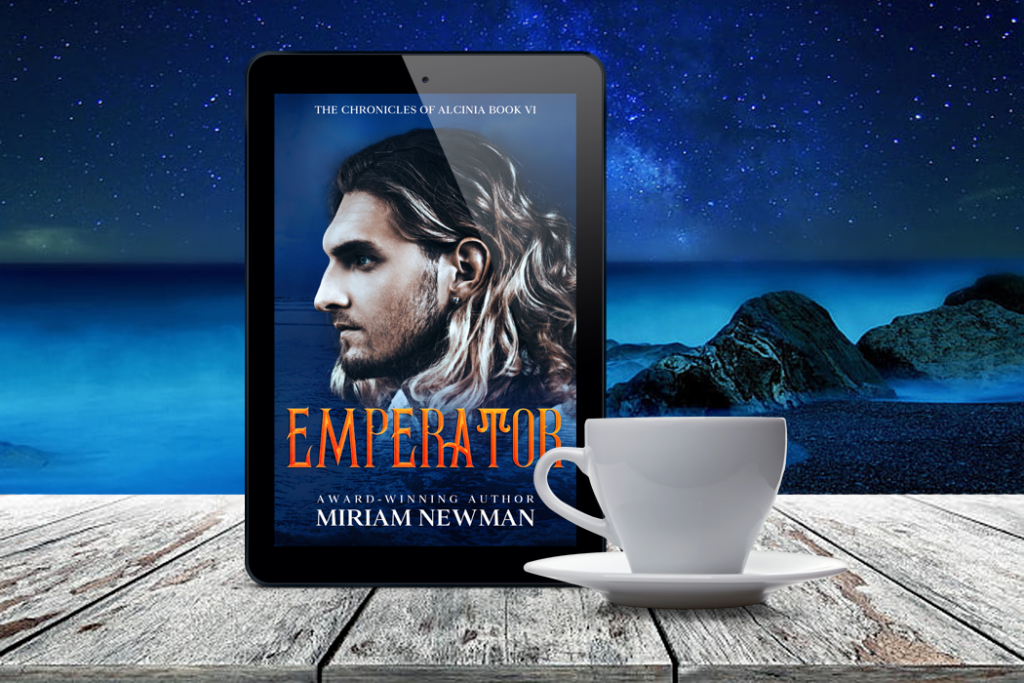 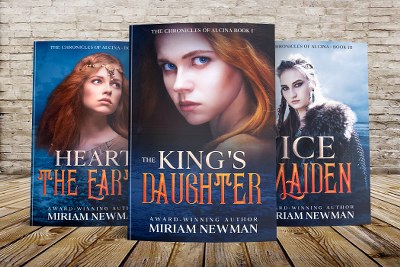 Get the rest of the series here!

Fantasy poetry driven by myths and legends has been my passion for as long as I can remember. I was published in poetry before catching the romance writing bug. I bring that background to my writing along with a lifelong addiction to horses, an 18 year career in various areas of psychiatric social services and many trips to Ireland, where I nurture my muse. My published works range from contemporary fantasy romance to fantasy historical, futuristic, science fiction and historical romance. Currently I live in rural Pennsylvania with a “motley crew” of rescue animals. You can see my books at www.miriamnewman.com.

Mar 29
Inside the Insanity
Liliyana Shadowlyn

Apr 1
Momma Says: To Read or Not to Read