BOOK TOUR & GIVEAWAY ~ My Heart Is the Tempest by Sacha Rosel 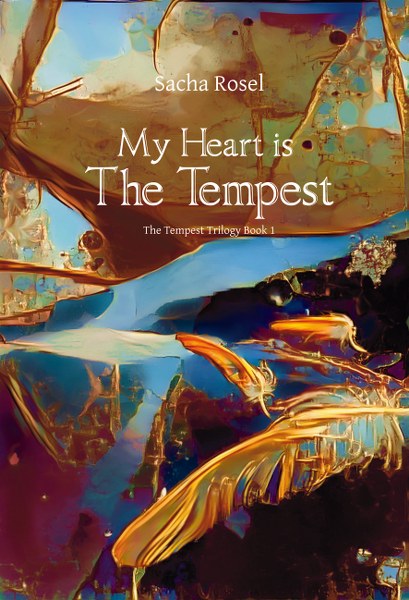 My Heart Is the Tempest

Inspired by Shakespeare’s The Tempest and including direct citations from the play, My heart is The Tempest is a dark reimagining of witch Sycorax, portrayed as a 12-year old olive-skinned, black-haired human girl trapped in a land of cruel insect-like creatures who worship light and snow loathing everything deviating from their personal truth. Including her, deemed to be a threat to their infallible world. After unconsciously awakening her grandmother Miranda to life, Sycorax slowly comes to realize that the land she has always yearned for actually existed in the past, before being erased from everybody’s memory. Now, thanks to Miranda’s help, Sycorax can make that land erupt again, but she will have to learn how to welcome darkness first.

With an accessible but richly visual and lyrical style, My heart is The Tempest is a dark tale of self-discovery focusing on an anti-heroine figure learning how to face a world of light made of terror and violence and embracing her hidden powers thus becoming a conscious instrument of darkness. The novella is also meant to be the first of a dark fantasy trilogy, each volume representing a different stage of life, from teenage years (Volume One) to adulthood (Volume Two) and old age (Volume Three), focusing on the themes of rage, vengeance, forgiveness and reconciliation. 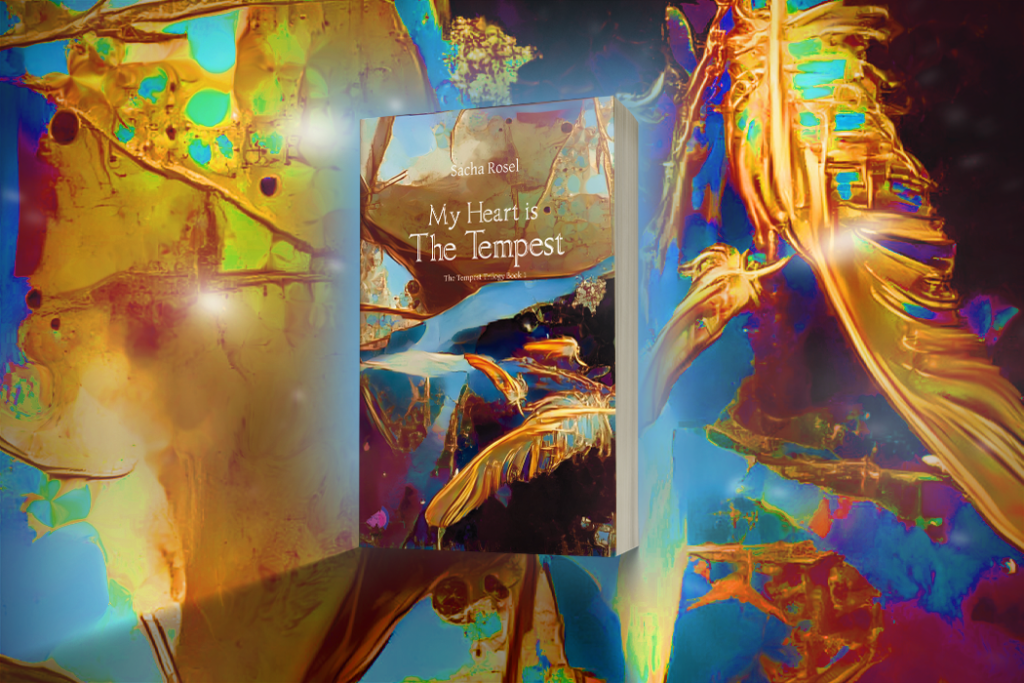 She was a furious rage walking. Wherever Sycorax went, a flaring wind moved along with her, some obscure energy steaming off her whole body. Not the jolly frozen wind Niveal inhabitants were accustomed to, but different and disturbing, something which surely was malignant. It had to be, for it was as hot as the strange airs and fires mentioned in tales of imaginary places, fabrications of the mind where alien shades spelled “crimson” and “coal” haunted people with their scourge and snow and ice didn’t exist.

Pearlescent clarity was all to see in the real world. One never found anything but ice, snow and rocks layer upon layer, in a mirror-like truth. Since the beginning of time, when the Lady of Snow, Neve, was impregnated with white flakes by strikes of thunder and lightning, giving birth to the first immaculate beings, life was pure whiteness shining endlessly.

Their appearance proved it: white crystal pupils, snow icy hair, alabaster skin, proudly boasting translucent butterfly wings once pupated into adulthood, all the rightful children of Niveal were born of snow and ice and relished in cold. No anomaly could live and prosper in their frozen truth.

Yet there she was, this odd Valley of Moss girl boiling all over, forcing an evil hot wind of weird tales into their lives. She had to be sick, she was sick. Sick without remedy. Sycko, they called her, spitting the word out with utter precision as if to wipe clean the shadow she cast on their path while walking.

Outsiders, those dark-haired Valley of Moss descendants were unmistakably barbarians, intruders creeping their way through the snowy crevices of the mountains, engulfing the sacred land in their steps made of tar. One day they would certainly be forced to leave and disappear in the black chasms of the unknown.

Had I been any god of power:

“Life should be a thing of wonder, not a thing of despair!” Sycorax went on, irritated at her mother’s manifest indifference to her grief.

“But it is, my child, it is,” her father spoke softly as if to calm her, “It is both a thing of wonder and despair.”

“Would you call this land of ice and snow a place of wonder?” Sycorax was about to lose her patience. “Can’t you see this land is nothing but a pit of sorrow? ‘Tis a wall that will soon crush us all!”

She felt her heart hammering, the tempest inside cleaving its way towards the flames in the hearth. How she wished she could command those flames to rain down on everything and dissolve Niveal.

“Nothing will ever crush either you or anyone else here,” Kheba explained, mastering all the patience she could gather. “Niveal is what it is, my dear: a harsh land of cold ice and snow, but also the land where the survivors from the Valley of Moss were allowed to live, not to succumb to the Rise of the Avalanche. There is no other place to go to. Life was destroyed by snow slides many years ago. This is where we belong.”

“There is nothing we can do to change fate,” Amazigh added.

Yet she would not suffer their passive acceptance of anything Niveal was. 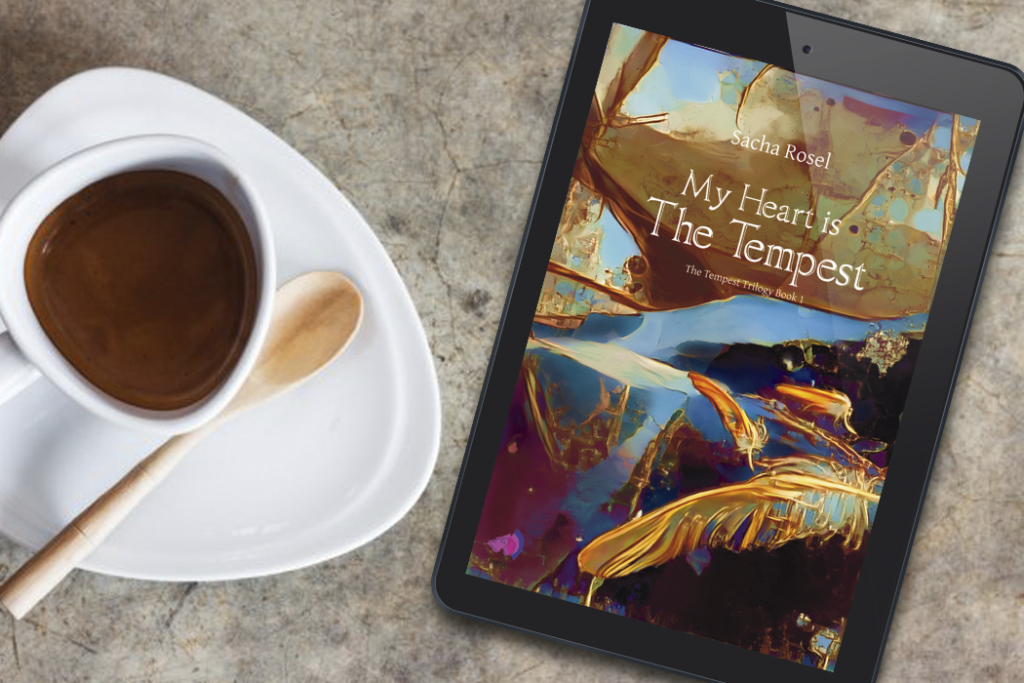 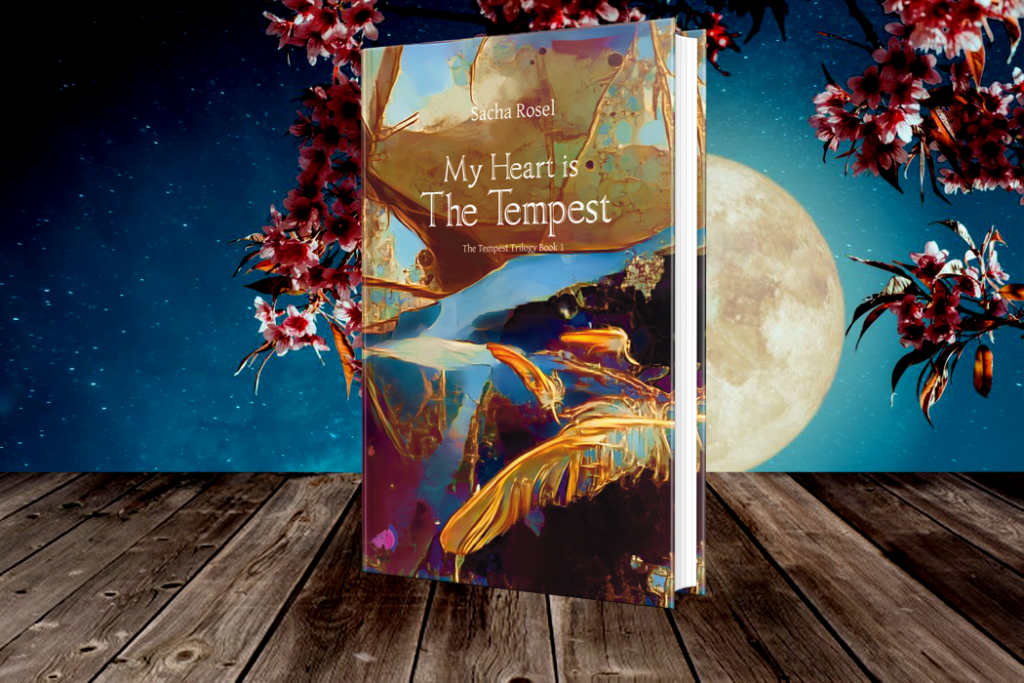 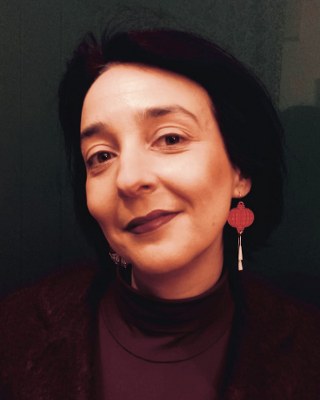 Sacha Rosel has a summa cum laude degree in Foreign Languages and Literatures majoring in English and a Master’s degree in Oriental Languages and Civilizations majoring in Chinese, writing her final graduation theses on Restoration playwright and writer Aphra Behn and on five Chinese women writers from the modern era (1927-1949) respectively. She has also had an academic article on Zhang Ailing published. She has been writing for more than twenty years mainly using her mother tongue, Italian. Previous projects include a horror-fantastical novel set in China and inspired by Chinese culture and a lyrical dystopian novel combining mystical daoism and post-structuralist feminist theories. She has worked as a bookshop assistant and an English-to-Italian fiction translator of the World of Warcraft – The War of the Ancients trilogy by Richard Knaak and has been teaching English for the last fifteen years.

She also writes film and book reviews on Thriller Magazine.it, mainly in Italian but occasionally in English too and also has a personal blog in English, where she publishes reviews and/or impressions on books, records, TV series and films. Three of her poems in English, “Flowerseeker”, “Leaves are Waves are Us” and “New Mexico” were published by A Room of Her Own, an American website celebrating women’s creativity.

Mar 20
A Wonderful World of Words

Mar 24
4covert2overt ☼ A Place In The Spotlight ☼

Mar 30
eBook Addicts
Inside the Insanity

Apr 5
Momma Says: To Read or Not to Read
Writing Dreams