This is my post during the book blitz for Harrowing Roses by Barbara Cooper. In this suspenseful paranormal thriller book Dana tries to save a missing girl, but her own life is in danger too.

This book blitz is organized by Lola’s Blog Tours. The book blitz runs from 7 till 13 March. See the tour schedule here. 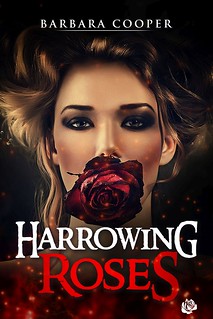 Can our heroine save the missing girl’s life … and her own?

Dana feels the atmosphere of the marsh seeping into her skin with each day she spends in the cold unwelcoming mansion of her father’s estranged family.

When her young cousin, Debra Lee, mysteriously vanishes, Dana turns to Henry – an attractive neighbor in the isolated cabin nearby, to help her search for her.

Is her cousin dead? What are these strange visions and dreams that her new friend is having … could they be connected to the missing girl?

Despite the hint of something unnatural and strange, Dana is inexplicably drawn to the surrounding woods and to Henry himself.

Does he know more about Debra Lee’s disappearance than he’s revealing… and is it the right time for Dana to start being afraid?

You can watch the book trailer here on Youtube 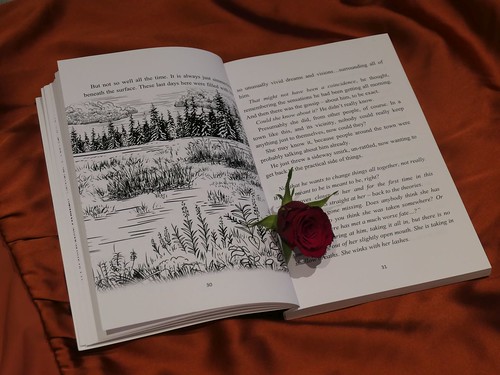 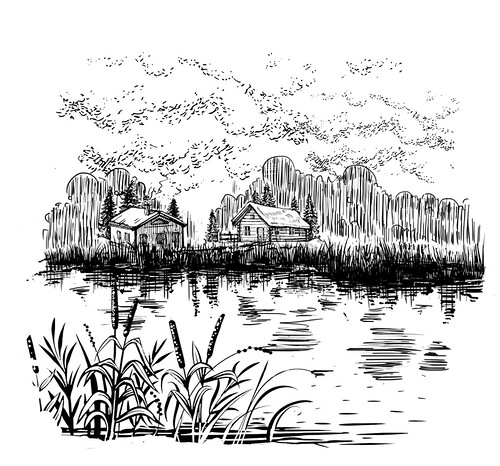 He didn’t notice her distress. He was concentrating. Henry was lost in his own world. And even if he did, he wouldn’t say anything.

He liked the night around them.

It helped him to concentrate, to hold on to his thoughts, even better. Better than in daylight, actually.

It was just a gentle veil. Not so much buzz around him.

He stole a quick glance at Dana.

Small rubies and diamonds dazzling on her fingers on the wheel. A modern design.

She had put on lipstick, a bit of makeup, he had noticed.

He wondered, when he had her all to himself like that: was it a last-minute thing, she had time to think of that, or had she gone to bed like that?

Just when she was starting to enjoy the ride…

The car crawled to a halt. He jumped out of the car, before she had a chance to even look around. The headlights were piercing through the darkness, illuminating what was in front of them. The most obvious.

They came to a bend on the road, nothing but grass all around. The road was still a dirt one. Her house was not more than ten minutes away by car.

She jumped out of the car as well. Pulled her coat closer to her body.

“This is where she was taken,” he said.

What a desolate place it was at night.

“Are you sure? And where is she now, what happened? Can you sense it?”

He had been to this place before. The day after Debra Lee was taken. He just had to stop here, coming from town that evening. He had already heard about the disappearance. His head had suddenly started to blur, and it hurt. So he got out of the car, stumbled. This is where he found her necklace. It just caught his eye in the near wet grass.

The vision, of Debra Lee having it on her neck – and then it being torn off – came to him. Her lovely face turning around towards him, then surprise in them, as the bright lights were flashing in her eyes, being the same night-time around her as well.

But he wasn’t prepared to tell her cousin Dana all that, not yet…

She came nearer to him. He had forgotten about her completely for a while.

This was the place where the necklace came off Debra Lee’s neck. Here is where she stood, in horror?

“So you have been here before?” Dana asked.

“Yes. Just after it happened,” he said truthfully.

Then, after a slight pause, she went on:

“And have you told the police…about this place?”

“No. What would I have told them?” there was disdain in his voice. He looked at her.

“And you can…sense it?” she asked carefully.

He nodded, unable to say a word, looking down at the dark ground. He kneeled towards it, carefully.

It was enough for Dana, for now.

Henry was moved somehow by this display of trust. She was able to see that it was all a struggle for him.

“And you can follow the trail…to where she was afterwards?”

“I don’t know…I…maybe. We will try,” he said curtly, but then shot her a quick look. Just to check how she is taking it all.

Or maybe she is still here, Dana thought to herself. A short quiver passed through her.

She got into the mood to get back into the car. It was getting cold. Instead she stood still.

But the previous tension was gone. As if something that made the night so terrifying had moved on, at least for now.

In the shining headlights of the car, she kneeled next to him. He asked,

“And why you are doing this – looking for Debra Lee – anyway?”

He went on watching her.

Dana said, “Because of my mother. She wants that.” Her voice was very quiet, while she was saying that.

That kind of made sense to him, although he didn’t understand why…

So it was not just her morbid curiosity about the situation. There was an underlying reason. Dana got up, got more into the spirit, to be playing detective now.

“So this is where she was…this is where she was taken. Probably in the dark. Must have been on her way home. She screamed…He must have taken her into the car.” Their home could have just as easily been reached by foot from here. Even from the town, only it was a longer jaunt.

Dana spun on her feet toward him.

He was watching her still, his eyes wide with amazement.

She moved around a bit more, ferociously.

Looking for something they have missed.

He laughed. “You are really into it.” 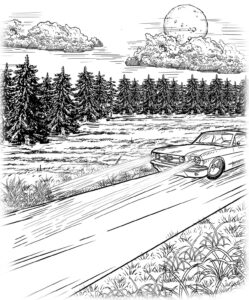 She repeated his laugh in her reply. “Don’t make fun of me! You are as well.”

She said eagerly, “Are you?”

It was almost unbelievable how happy they could be in a dreadful moment like this.

“Where are we going?”

“Let me think,” he added after a while.

She drove off into the night again, leaving that forsaken place behind them.

He hadn’t told her about the necklace. 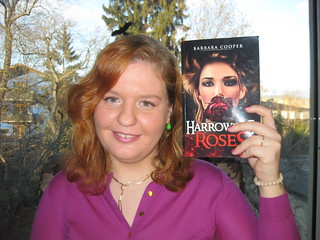 About the Author:
Barbara Cooper believes there is more to life — and to love —than meets the eye.

A lifelong fan of beautiful writing, she educated herself in law at university, earning a doctorate degree, and making a name with her works on legal history.

Yet she could not escape the siren song of her imagination. When Harrowing Roses came to her in a dream, she picked up her pen and got to work. Barbara lives in a lake-house surrounded by a landscape imbued with history and magic. She often walks along the nearby water, accompanied by her cats, when they are in the mood.

She enjoys contemplating the unknown through the medium of stories. 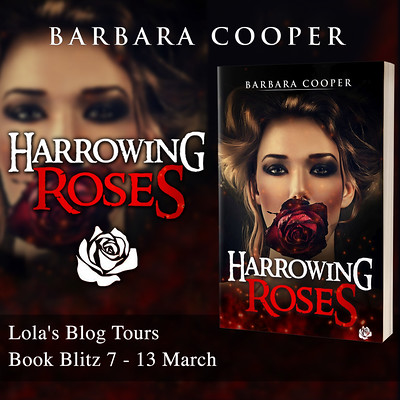