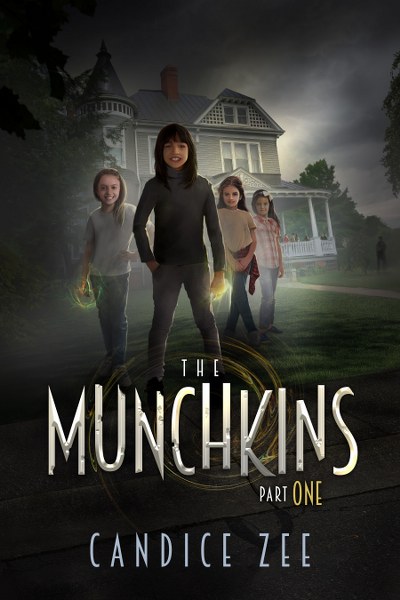 “Has all the “ingredients” for a fantastical, magical, YA story that also caters to adults who absolutely love the Potter-esque world that happens maybe twice in a lifetime.” – Reader Views

Their loving and protective father.

And a sociopathic neighbor who knows them better than they know themselves.

When Capricorn Munch and her twelve siblings appear outside a children’s home, no one, including themselves, knows who they are or where they came from. At ten years old they stop aging, as she and her siblings develop powers that gift them with incredible abilities, like healing wounds and manifesting objects. They keep these powers secret and their adoptive father restricts their use. Capricorn strives to live a normal life, blissfully playing with her favorite sisters, witty and bold Allie, empathic and wise Breezy, and giddy and sweet Hazy.

But now a sudden threat has intruded on their carefree lives: Their next-door neighbor, a man who calls himself Big Boss. Capricorn watches fretfully as Big Boss encroaches on her family like a malevolent force, feeding hostility between her siblings and causing them to be reckless with their powers. Capricorn knows Big Boss is plotting something sinister and can only pray it doesn’t end in ultimate doom for her and her family.

“Told in a fast-paced narrative voice with complex characters, the exhilarating fantasy will keep readers guessing until the very end—all while falling in love with the quirky cast. The book deserved to be made into a movie or a web series.” – The Prairies Book Review 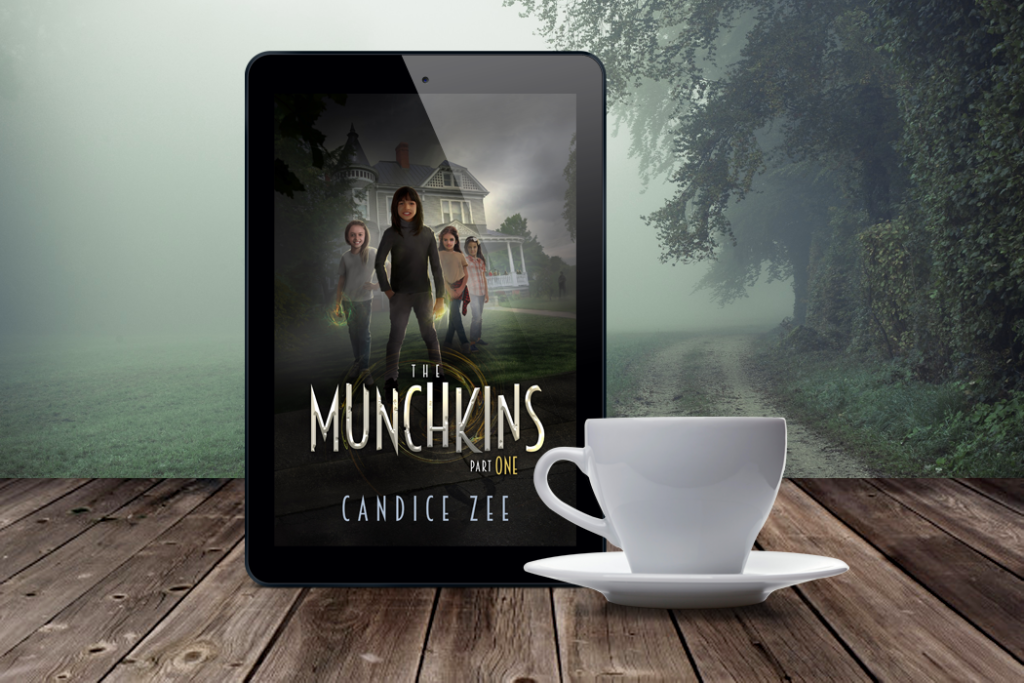 “We’re going to play a game,” Ashley said, approaching us. The rest of our siblings gathered at the tree.

“How about we play tag?” said Justin.

“What are you talking about, Carlie? “ Ashley said. “You love tag.”

“Well I don’t want to play it today,” Carlie scowled.

“You’re so stubborn,” Ashley frowned. Ashley, being technically the oldest (she was nine when adopted), felt it was partly her responsibility to keep the rest of her siblings in check, especially Carlie, the youngest of us (she was five when adopted).

“How about Simon Says then?” Justin said, quickly making another suggestion before an argument surfaced between Carlie and Ashley. Justin, kind and sensible, hated conflict and strived to find compromises that would make everyone happy.

“That sounds good but I want to be Simon,” said Becky. Everyone groaned in unison. Becky seemed to thrive on telling her siblings what to do. Simon Says was the perfect game for her.

“How about we play Simon Says only if Becky doesn’t get to be Simon,” said Allie.

“Agreed!” shouted out half the group, their hands in the air.

Becky gave Allie a contemptuous look. Her sandy blonde hair cast a sheen in the sunlight. “Oh, be quiet, Allie. Nobody asked you.”

“Oh, see that’s funny because I don’t recall anyone asking you to be Simon either,” said Allie.

“Okay,” said Breezy, with her hands raised, stepping into the middle of the group. “We’re only going to play a game together if we can all agree on it. Does anyone have any other suggestions?” Justin gave Breezy a grateful smile for her quick mediation, which Breezy returned with a nod.

“How about we play baseball?” I said.

All around various cheers in favor of baseball arose. We divided amongst ourselves to form two teams, and Kevin agreed to serve as umpire. But there was one problem.

“We need a bat and ball,” said Ashley. “Someone took them in the house.”

“Let’s go in and look for them,” Justin suggested.

“Nah,” Kevin said. “That could take all day. We’ll just whip some up. No biggie.”

“You mean use our powers?” Ashley asked. “Should we?”

Breezy clenched her face and shook her head. One of CC’s rules was our power should be used only when necessary and with good reason. Frivolous use of magic was a serious no-no. I had a feeling for manifesting a bat and ball, CC wouldn’t consider “we didn’t feel like going in the house to look for our old ones” a good reason.

Just as I expected, Breezy objected. “I don’t think this counts as a necessary use of our powers. CC wouldn’t approve of this.”

“Well, CC’s not here right now, is he?” Twisty declared defiantly, spinning rapidly on her heels and running off with her braids bouncing behind her. Twisty (a nickname for Theresa, but she hated that name and didn’t allow it to be used in her presence), had always been a bit of a troublemaker and had a real rebellious streak. Just the thought of doing something that was against CC’s rules excited her greatly.

Breezy turned to Hazy, Allie, and me looking for support. Allie signaled her sympathy for Breezy’s position by rolling her eyes in Twisty’s direction and gave a hapless shrug. Hazy’s apprehension mirrored Breezy’s. I mumbled feebly, “Well, it’s only a bat and ball.” Breezy shook her head and repeated, “CC would not approve of this.”

My siblings didn’t always see it, but there’s a good reason for this rule. There are limitations to our powers. There are certain things we’re not able to do at all (such as make ourselves disappear and reappear, make ourselves invisible, magically teleport ourselves from one place to another, the list goes on) but more importantly, the powers we do have aren’t inexhaustible. Using a power takes a lot of energy, and once that energy is used, it takes a while before you have enough energy to use a power again. Think of it as a battery. If you run something on a battery that uses a lot of power, you’ll drain your battery quickly and have to recharge. Recharging means you have to wait for your energy levels to restore themselves before you can use them again. The time required to recharge depends on what type of power you are using and the task. A telekinetic power like moving an object in the air is one of the lowest energy uses and takes about 10-20 minutes before you’re good to go again, but of course, it depends on the size and distance of the object. Healing a wound or injury, depending on how severe the injury is, can take over an hour or two. Replicating an object, disappearing objects, or putting up a protective shield will put you back a few hours. Manifesting an object into being? That’s huge and will cost you a whole day’s worth of power at least. 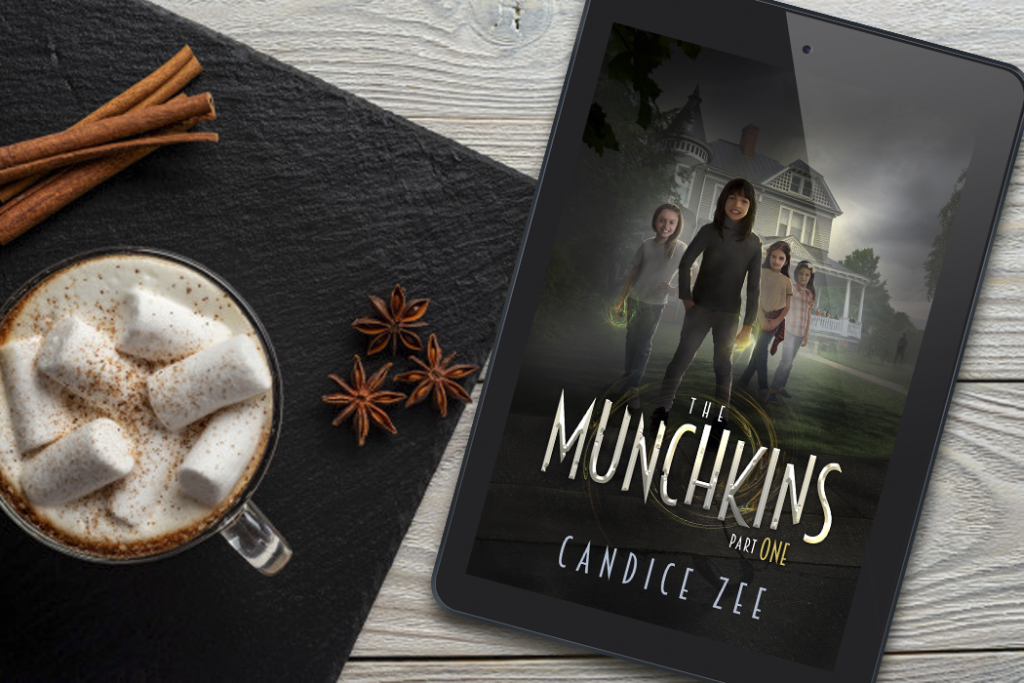 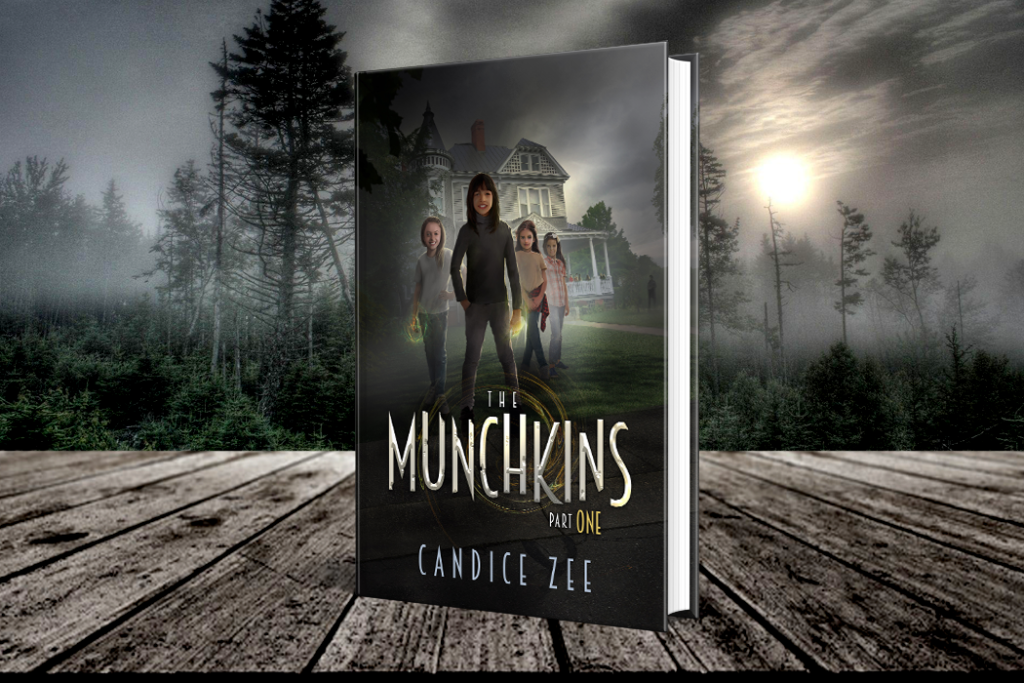 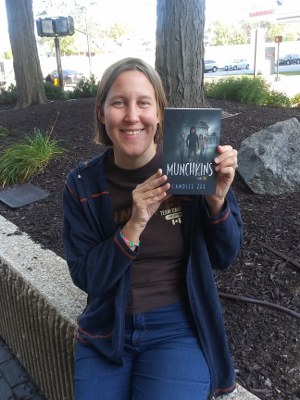 Candice Zee is a middle-grade and YA fantasy writer who first dreamed the idea of The Munchkins as a child while playing make-believe with her brother in Wilkes-Barre, PA. She is an early childhood teacher with an M.Ed. in Elementary Education and has taught for over twelve years in Pre-K, Kindergarten, and primary grade classrooms. Like Casey Munch in her book series, she is passionate about creating a more just and equitable world. She savors vegan food, loves board games and podcasts, relishes horror movies and novels, devours social science nonfiction, spontaneously belts out tunes from musicals, and does some of her best writing while drinking coffee at 1 AM. She lives in Cleveland, OH with her wife Dana and their dog companion Solstice. The Munchkins is her debut novel. More information about her book series and the characters can be found at www.munchkinsbooks.com.

Mar 16
Momma Says: To Read or Not to Read
Stormy Nights Reviewing & Bloggin’
The Book Dragon